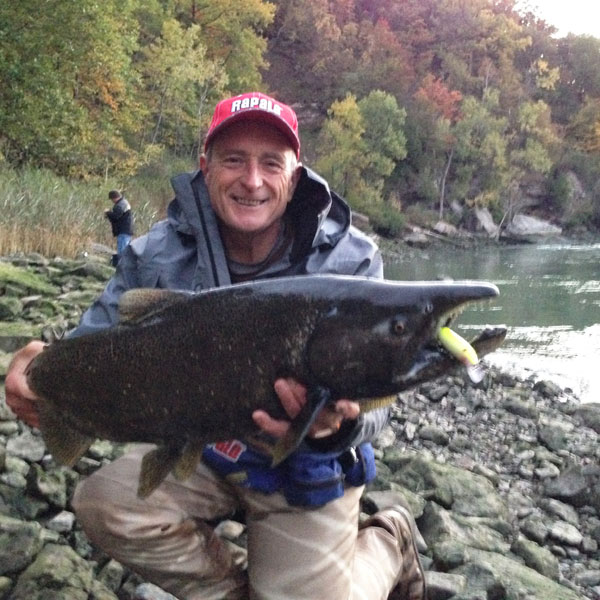 I had a chance today to fish the Niagara River Whirlpool with my friend Otto for trophy chinooks. We started fishing around 7:30am while it was still low light and on my first cast I hooked a small male chinook using a Rapala J13 in chartreuse/silver.  Three casts later I hooked a second male salmon that was a little larger on the same J13. 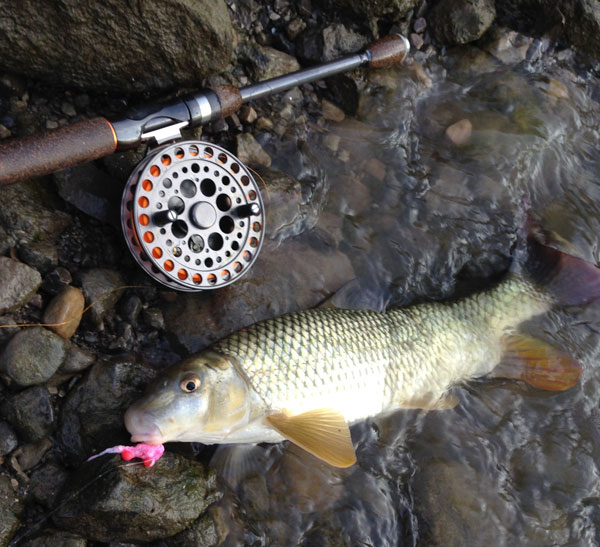 My next fish turned out to be a golden redhorse sucker.  This was a treat since I have not hooked a sucker in the Whirlpool fishing a float and skeened salmon eggs! 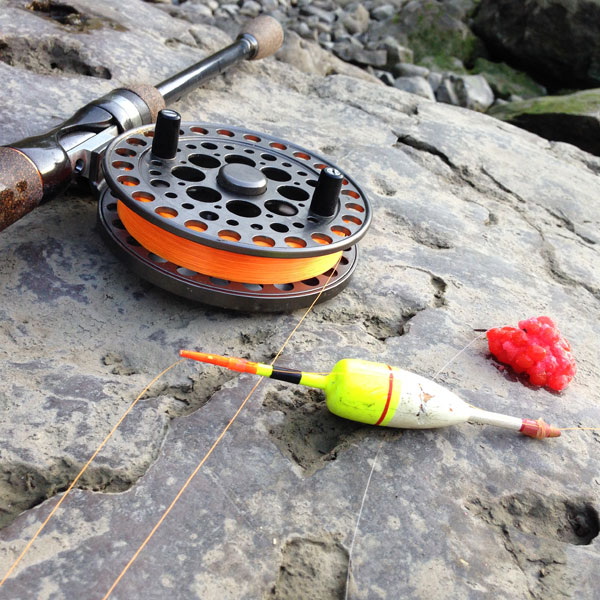 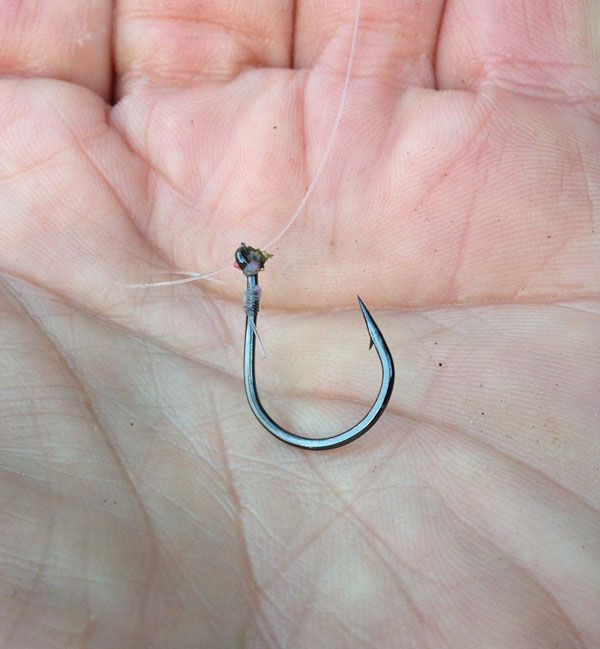 I was also testing today using the Gamakatsu Finesse Wide Gap hook in a size #2.  This hook is build out of very thin, yet strong steel. It has a short shank, wide bend and very sharp hook with a tiny barb.  To me these are all excellent characteristics when drifting a larger chunk of skeened salmon eggs. 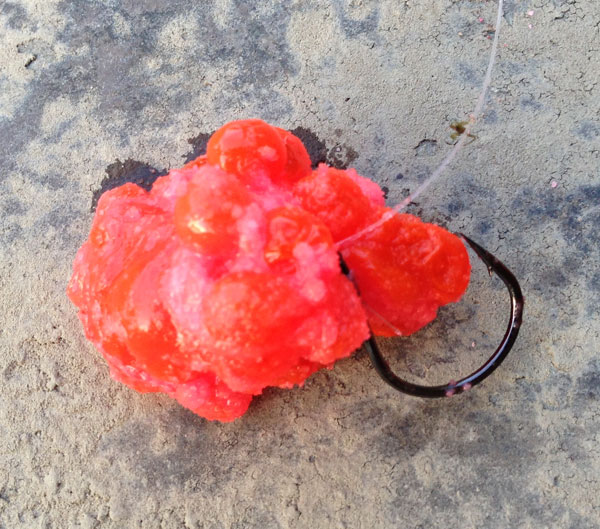 Using a Perfect Snell Know and securing to the shaft of the hook enables the angler to form a loop and to gently insert a chunk of skeened salmon eggs. As you can see from the image above, not only does this skeened chunk look great, the short-shanked hook is exposed to guarantee excellent hook-ups! 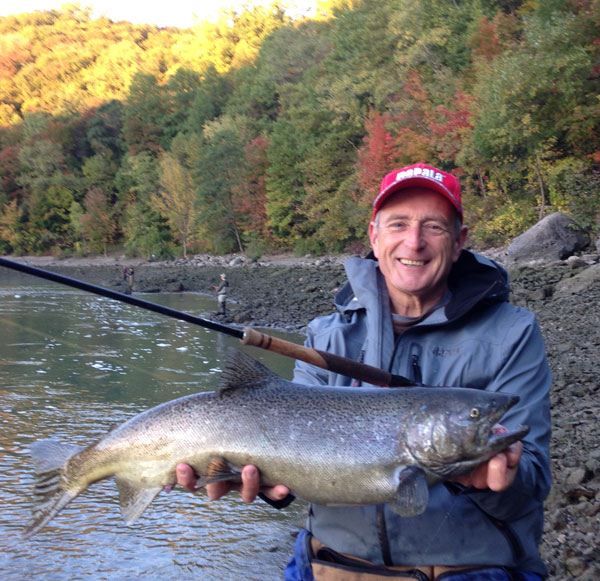 Interesting enough, other than my first two male chinooks that hit the Rapala J13, the other 4 which I landed on skeened salmon eggs were all females. 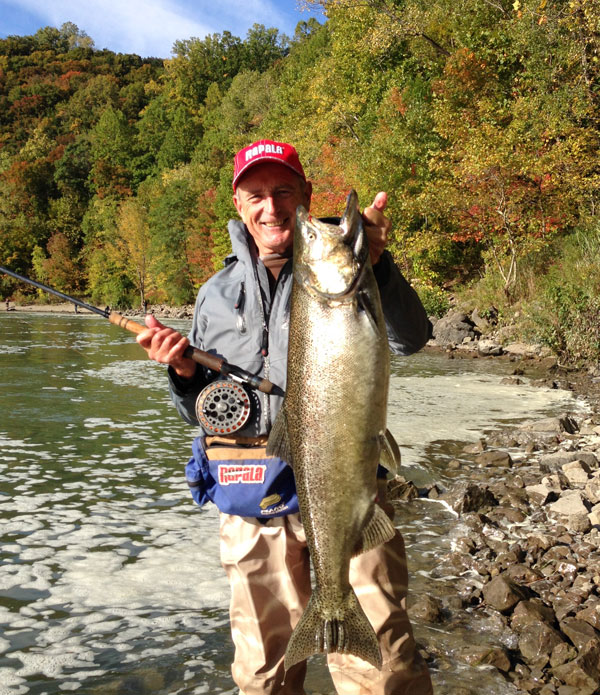 I had my float-rig set for a 7-depth and drifted the first current-seam only 20-30′ out from shore. Due to the low water clarity, the chinooks were definitely holding shallower and closer to shore which was evident by rolling fish on the surface. 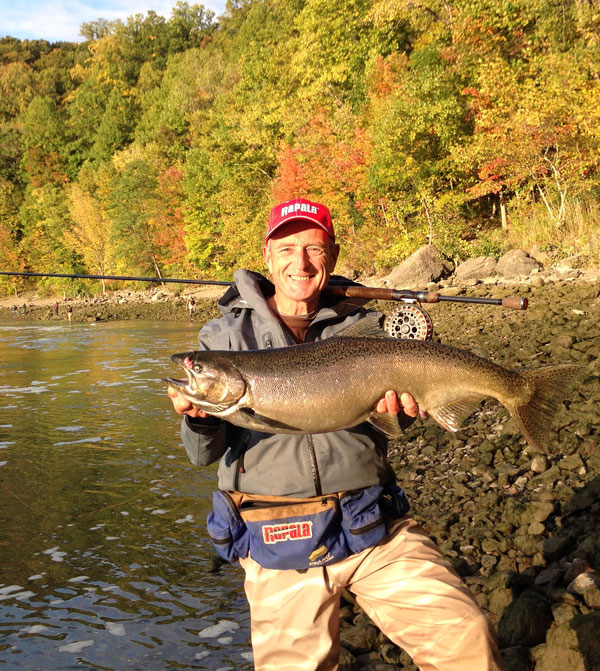 Once the sun broke over Niagara Gorge you could really appreciate the excellent leaf colors on the trees. Landing trophy chinooks in such a pretty setting is really a bonus! 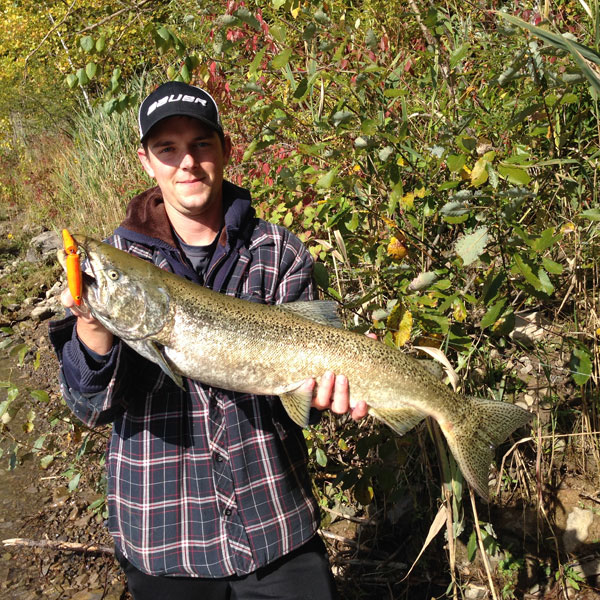 I also had the pleasure of talking to several anglers that had watched the latest salmon fishing show we shot at the Whirlpool on our Italo Labignan YouTube channel.  One was a young man that had never landed a salmon at the Whirlpool and who scrambled to find a Rapala J13 with no luck.  I let him have a fluorescent red/gold J13 and within 1/2 hr. I helped him land his first Niagara River, Whirlpool Chinook! 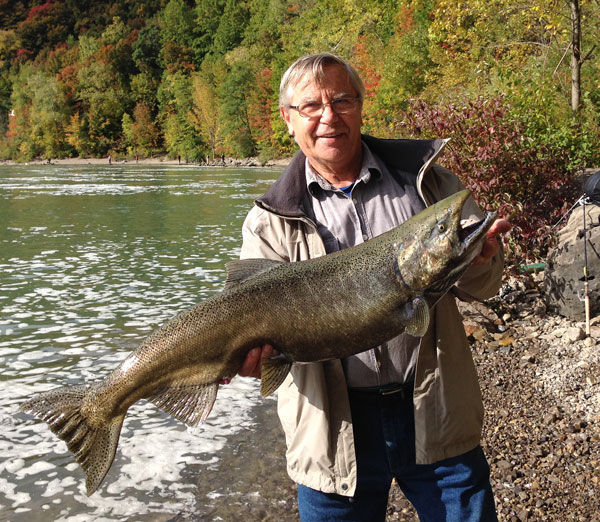 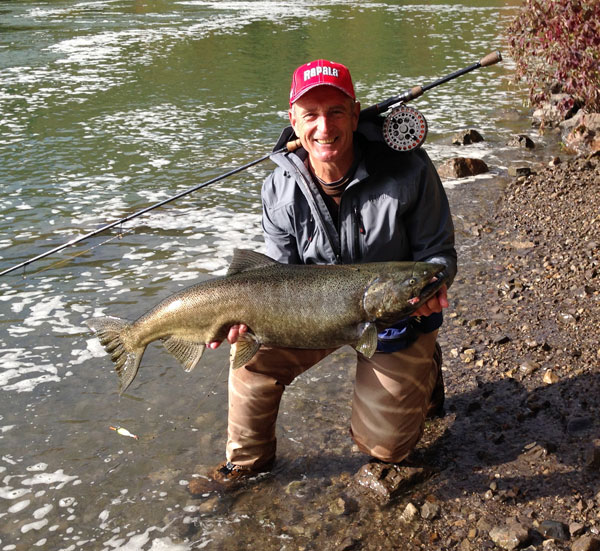 You’ll notice from the various images above that the water level really fluctuates at the Whirlpool. In the early morning the water can be up to 30′ below it’s high-level. By late morning it is almost to the tree line.  The fish adjust to the changes, but anglers must make sure that anything they put down like a cell phone, back-pack, rods, tackle box, etc., is above the maximum water level, otherwise if they don’t attend to their gear it can be swept away. 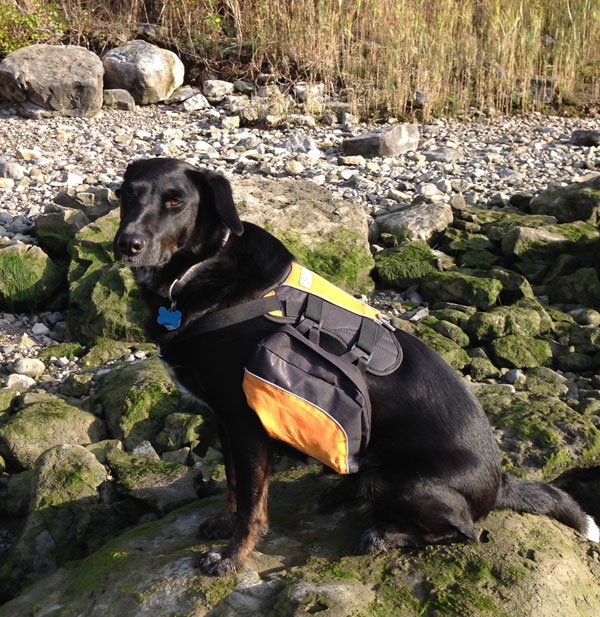 Our pup Mulligan loves to go down to the Whirlpool as much as the anglers, maybe more. She enjoys the walk down and up and stays close by me while I fish.