The water colour was heavily stained below the power dams, and we only hit one fish, a nice brown that nailed a 6 inch pink worm. Above the dams had several feet of beautiful green “slaughter water”. We caught fish drifting three-way rigs and pink worms, roe bags and beads. Chuck had a certain hot bead that was on fire. He must have had 8 fish to the boat before I asked for a bead. The bead is a unique colour that was chartreuse with a hint of pearl white to it. We pegged the bead approximately 2 inches from our hooks with a rubber bead peg. Roe accounted for a lot of bites as well in natural peach tied in bags smaller than a dime.

I used a medium action Rapala North Coast rod 9’6″ in length with an RType reel spooled with 8lb Sufix Siege line. I tied the main line to a small black three-way swivel, added an 8″ dropper line 8 inches in length to a 3/4oz slinky. I then added a 7-foot Sufix fluorocarbon leader in 6lb test and a size 8 Gamakatsu octopus hook. The beads were threaded onto the leader line and pegged 2″ above the hook with a clear rubber bead peg, then trimmed. The pink worm was fished on an 8’6″ North Coast rod and Avantis reel spooled up with 10lb Sufix siege to the same three-way rig but with a 10lb fluorocarbon leader. The 6″ pink float worm was threaded onto the leader line with a bait needle, and then I added a small bead and a size 4 Gamakatsu treble hook. The big pink or methiolate worm can be deadly on drop back steelhead on the Niagara River, especially bigger fish. 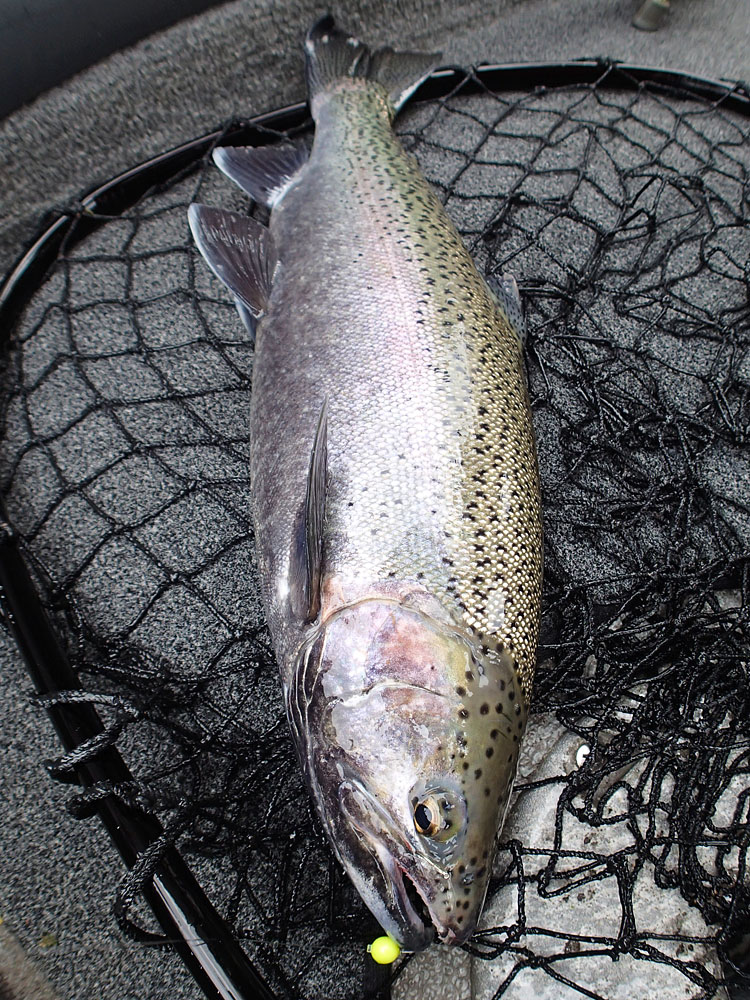 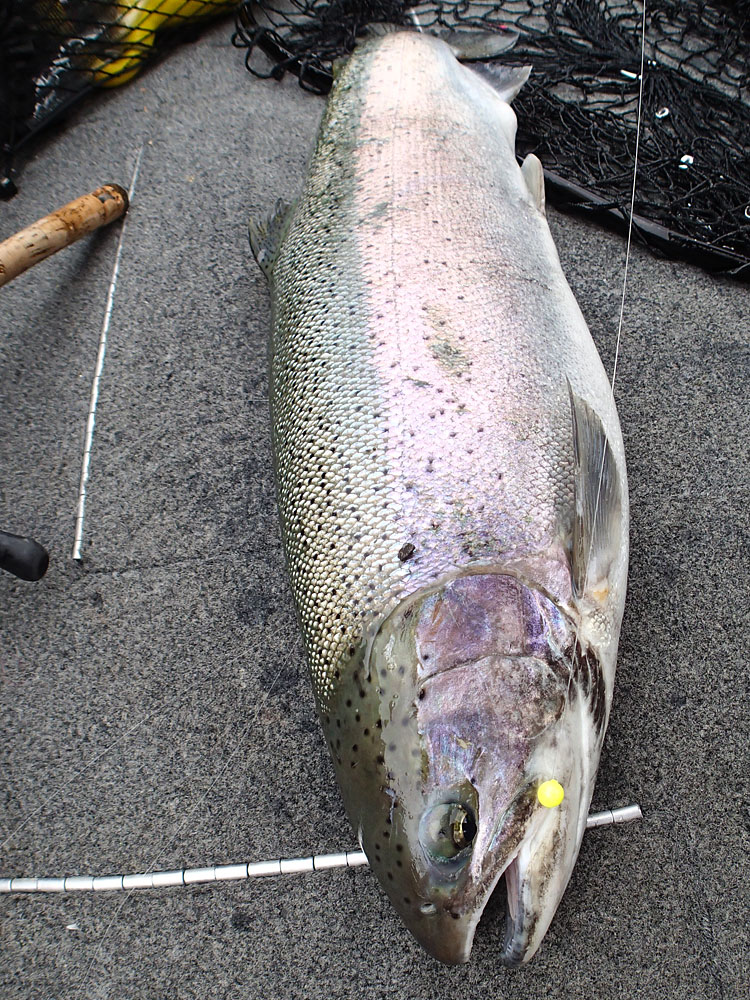 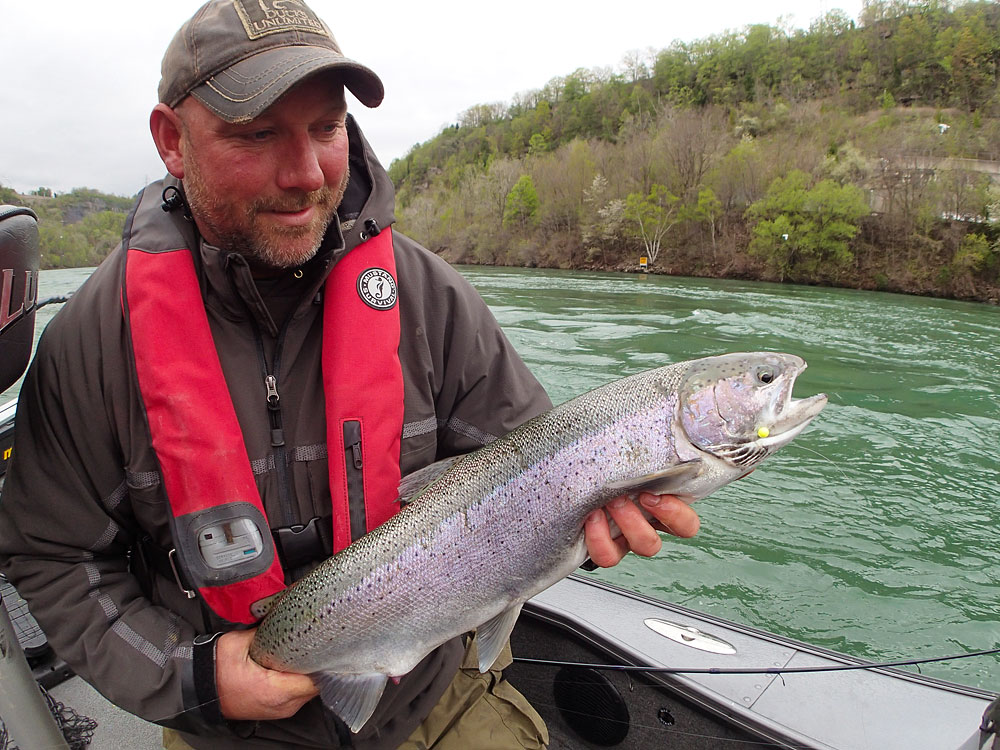 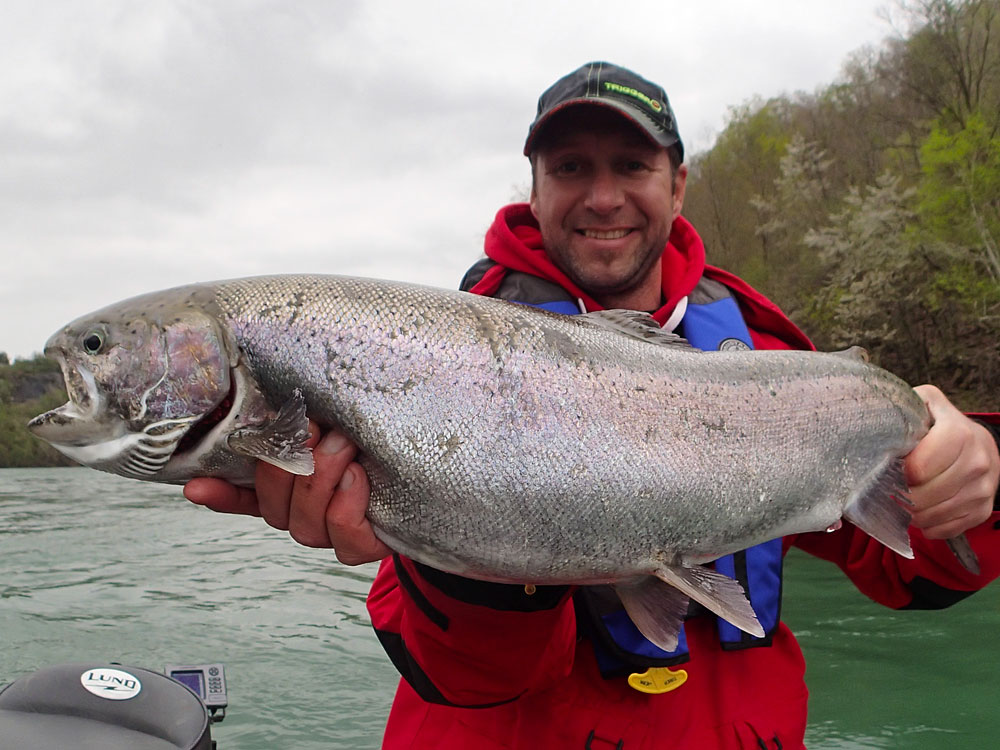