Anglers in Indonesia face up to four months in jail if they are caught fishing during the COVID-19 crisis. With the government announcing a state of emergency earlier this week, the country is currently self isolating and all fishing participation is banned for the foreseeable future. Johny Pamungkas, Angling International‘s correspondent in the Asian country, reports that bricks-and-mortar tackle shops are open only for online business. He added: “Stock levels are currently high, but the price of tackle is getting higher because of the increase in the price of the dollar compared to the Rupia.” 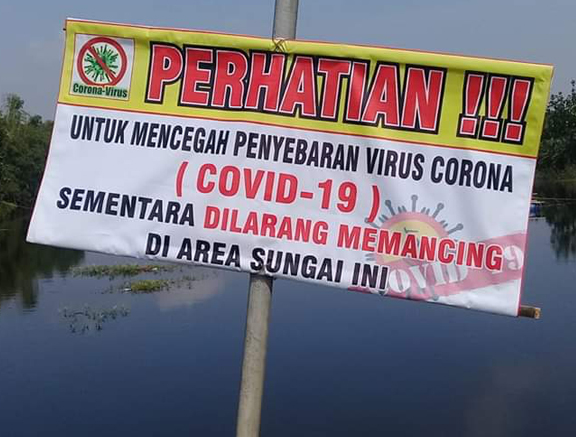 Scientists working on Lake Michigan and Lake Huron need diet information from trout, salmon, and walleye. The lakes have changed dramatically in recent years, in large part because of invasive species like the quagga mussel and round goby. Anglers, scientists, and fishery managers are trying to figure out what mix of salmon and trout species would be best for our changing lakes and the people who fish here. To do this they will be obtaining stomach samples from participating anglers.

You can find out more by going to, https://www.michiganseagrant.org/wp-content/uploads/2019/06/Huron-Michigan-Diet-Study-Instructions-2019-v2.pdf . 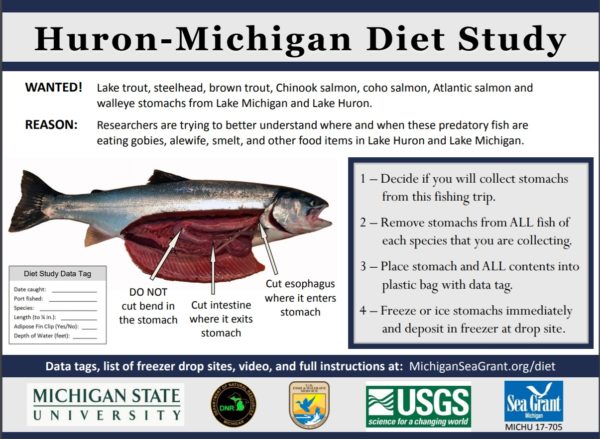 In accordance with Gov. Gretchen Whitmer and the Michigan Department of Health and Human Services’ recommendations designed to help prevent the spread of Coronavirus Disease 2019 (COVID-19) and the governor’s Executive Order 2020-21, the Michigan Department of Natural Resources has determined that charter and fishing guide operations that involve boats, canoes and other marine vessels are not currently permitted.

These operations do not meet any of the variances or exemptions outlined in the governor’s order as activities necessary “to sustain or protect life,” and they may also congregate anglers in violation of the order and state health recommendations.

These activities should cease immediately and not resume until at least April 13.

In addition to the DNR’ Law Enforcement Division, Michigan State Police and local law enforcement agencies have full authority to enforce the provisions of this order.

The state is taking proactive steps to mitigate the spread of COVID-19 in Michigan. We appreciate your understanding and cooperation in reducing the coronavirus risk to Michigan residents. 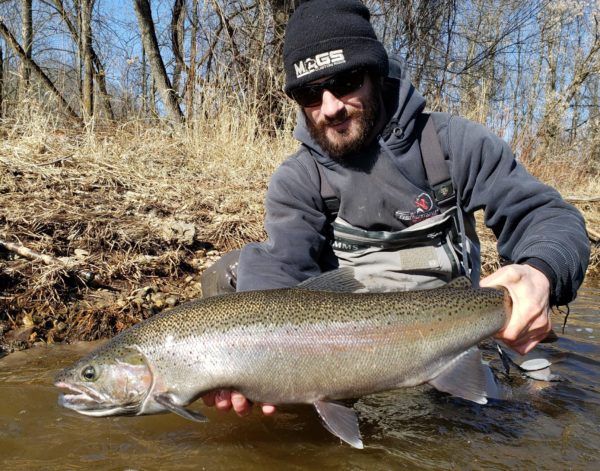 Dyneema expects to have its environmentally-friendly fishing line available next month.

DSM has announced new partnerships that will help reduce the environmental impact of its Dyneema fibres, used in some of the world’s top fishing lines.

The Dutch company will collaborate on the project with SABIC, a global leader in the chemicals industry, and UPM Biofuels, a producer of sustainable raw materials.

The move will see Dyneema transition to bio-based feedstock produced by UBM Biofuels, which is then processed by SABIC to make renewable ethylene under their umbrella of solutions for renewable products. Bio-based Dyneema will be available from April this year.

Fishing brands licenced to use Dyneema in their lines includes Berkley, Momoi, Daiwa, Spiderwire and Sufix.

“It is the source of the raw material that will change. The molecular structure of the fibre itself will remain the same. These fibres can be used for fishing lines and could be an option for fishing line manufacturers to use for superlines and braids.”

DSM announced ambitious sustainability targets for Dyneeme fibres in December 2019, with the goal of sourcing at least 60% of its feedstock from bio-based raw materials by 2030.

Wilfrid Gambade, President DSM Protective Materials, said: “By partnering with SABIC and UPM Biofuels, we are taking the next important step in our sustainability journey, and driving our industry’s transition from conventional to renewable resources.” 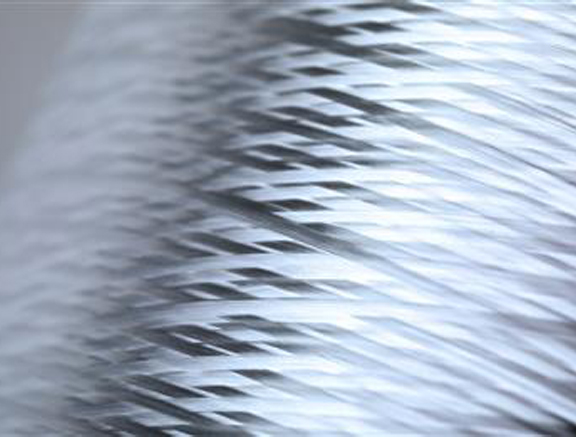 This year’s Bassmaster Classic – staged for the 13th time in Alabama – smashed the venue record attendance set in 2014.

Last weekend’s Bassmaster Classic – staged in Alabama for the 13th time –  shattered the previous record attendance at the venue.

B.A.S.S., the organiser of the event, has revealed that the total Classic Week attendance was 122,814, spread across events that included the Bassmaster Classic Outdoors Expo in Birmingham, the daily take-offs on Lake Guntersville and the inaugural B.A.S.S. Nation Kayak Series.

The attendance was 35% higher than the previous state record set in 2014 and the fourth highest attended event in its 50-year history.

“This record-breaking attendance would not have been possible without the loyalty of our incredible Bassmaster fans and the partnership between B.A.S.S. and its sponsors, exhibitors, the media and our host communities in Birmingham and Marshall County,” said B.A.S.S. CEO Bruce Aiken.

“We are thankful for the hard work of the entire B.A.S.S. family and our great volunteers who made this Classic such a success.”

Fans from across the globe also tuned in to watch the action on Bassmaster LIVE – which established a new record 23% increase in minutes watched – and followed the event on Bassmaster.com. The website was visited more than 1.8 million times by fans from 168 countries. 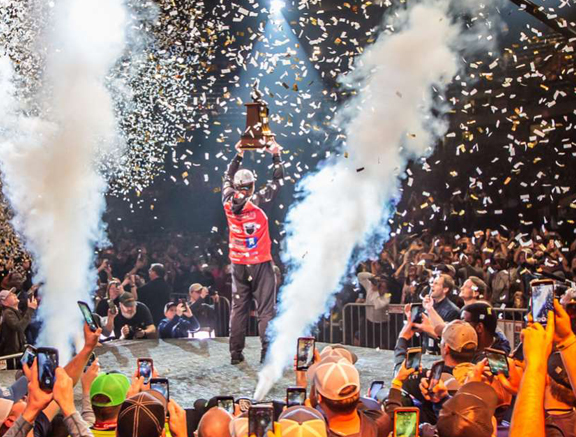