In southern Ontario we home some of the best ice Lake Trout fishing right on Lake Simcoe, but NY state also has excellent ice fishing for a variety of fish including Lake Trout.

Rich Ortiz, of Fort Ann, N.Y. caught an impressive, 13-pound lake trout through the ice on Lake George and released it after this photo was taken. 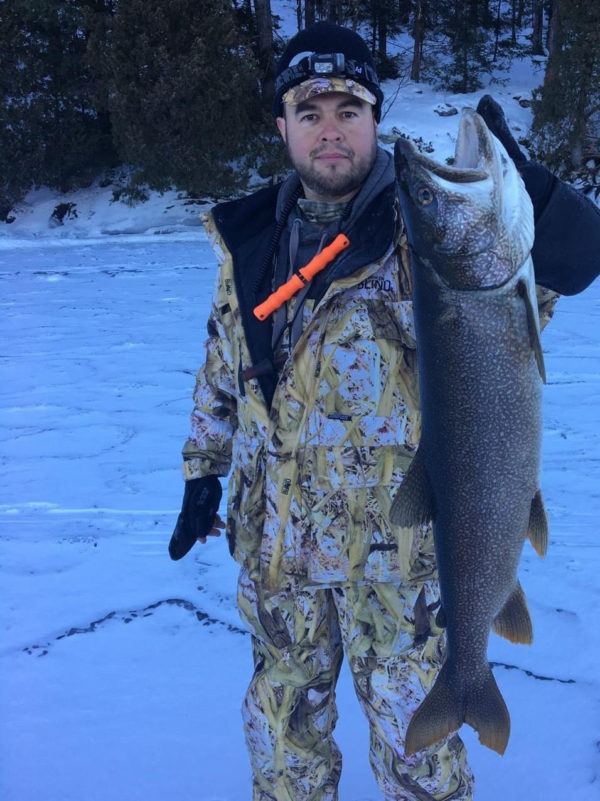 Brian Hartman started off the 2018 walleye fishing in a memorable way. He caught a fish on the St. Lawrence River that’s since been declared a state record.Hartman, of Alexandria Bay, NY, shared his story with NYup.com .

Hartman and his fishing buddy, Mike Savoia, of Connecticut, headed off from a rented house on the river in Morristown at 4:30 a.m. opening day. They started off drifting and jigging. Hartman was using a 4-inch, pearl-colored swimbait. They picked up a few small walleyes early on. Then, at 6 a.m., Hartman hooked the big one. The bite was slight at first, he said, but there was no doubt he had a lunker on after he set the hook.

His initial thought was to let the fish go as he said he has done countless times before with big ones he’s caught. His buddy even urged him to do it. But this time, he felt things were different. “This one goes on the wall,” he said.

He had the 32-inch fish weighed three times before a certified scale at the Thousand Island Bait Shop in Alexandria Bay, NY registered the fish’s official weight at 18-pounds, two ounces.

The weight eclipsed the previous state record set in 2009 by more than 1.5 pounds.

The old record was actually set during the ice fishing season and caught with a tip up.  Thomas Reed of Kill Buck, N.Y. pulled a 16-pound 9-ounce walleye through the ice on Mystic Lake in Cattaraugus County, NY in late January. 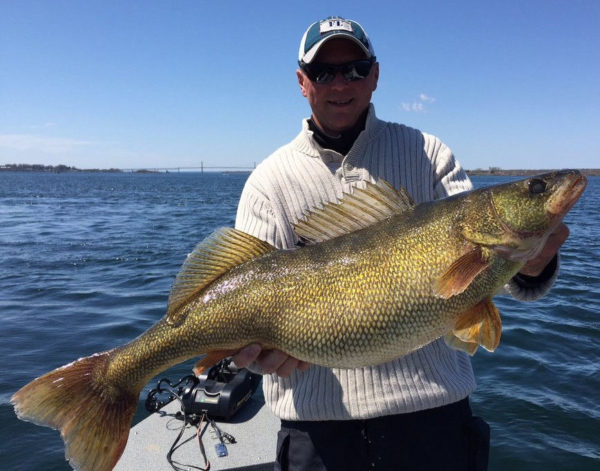 Elaine Supp, of Pulaski, caught this impressive northern pike through the ice on Sandy Pond, NY in January.  In her words, “I was as actually jigging for perch,” she said. “Caught it on an ultra light rod, 4-pound test with a minnow .” 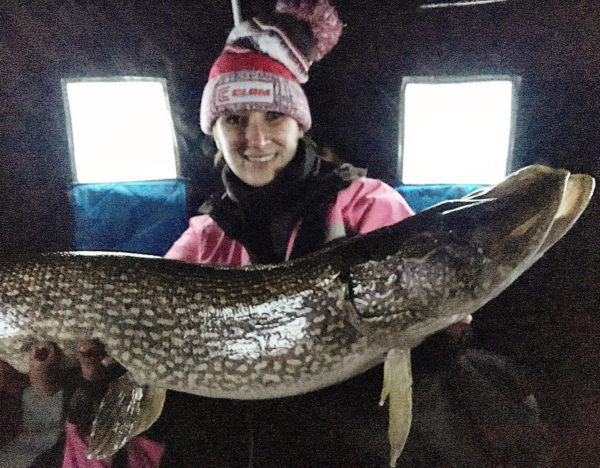 Most Lake Ontario anglers know how good the Lake Trout fishing has been over the last couple decades. Much of this has been due to good stocking programs but also to lamprey control. While we enjoy great lake trout fishing in the eastern and western basin, NY state also gets it’s share of trophy Lake Ontario lakers. 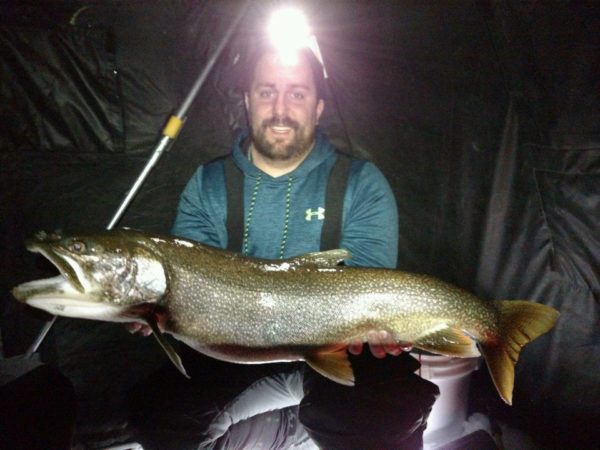 I like to feature trophy fish catches from across North America and even word-wide. Jared Churco got a real surprise ice fishing on Adorondack Lake, NY.

In Jarred’s words, “Well, I had a good feeling about the day. I just had it in my gut. I knew we’d be fishing a good spot,” the Tupper Lake resident said.

His gut feeling was right on. Churco, 30, ended up landing a fish of a lifetime – a massive 45-inch northern pike that weighed 25.1 pounds. The fish’s girth was 20 inches.

He hooked the fish through an 8-inch hole in the ice at about 10:30 a.m. on a tip-up, baited with a 4-5 inch sucker. The air temperature at that time was about 28 degrees, he said, and it was snowing.

“The flag (on that tip-up) had already gone up six times before that morning, but they were all small perch,” he said. When he came over for the seventh time, he said, he quickly realized “this was no perch.”

“When I set the hook, it just ripped the line out of my hands and took off like a missile,” he said. He added that he he was targeting pike that morning and had a 20-pound, fluorocarbon leader on his line

Churcho, 30, did not want to reveal the waterway where he caught the fish, for fear of creating a crowd scene on his favorite spot. He said simply that it was landed on a lake in southeast St. Lawrence County.

Anyway, once the fish took off, Churco said he yelled to his fishing buddy, Dan Dewyea, also from Tupper Lake, to “get the hell over here.” Churco said he battled the fish for about 15 minutes, getting it close to the hole five times. 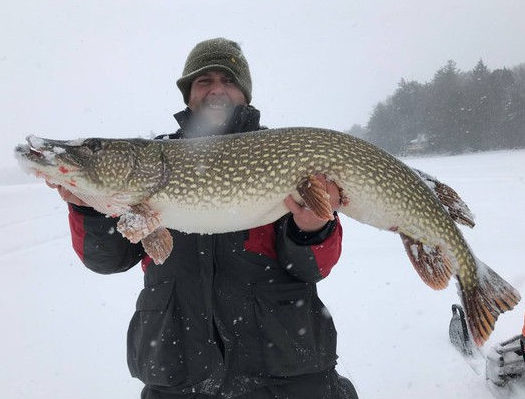