Since 2009 at least 20 Tigerfish weighing 20 lb or more were caught in the Mnyera and Ruhudji Rivers, Tanzania. On October 16, 2014 a new record fish was caught weighing in at 28 lb fish. For those of you interested in fishing northern Africa for a variety of fish, http://www.tourettefishing.com/ , offers the most exciting fly fishing in Africa 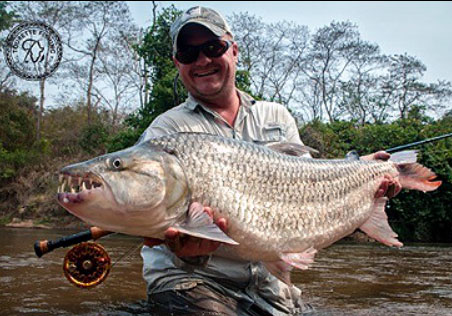