(as reported in Fishing Tackle Retailer)

A new fish virus has been found in Pine Lake in Wisconsin’s Forest County. The virus was identified in dead largemouth bass that were collected by the Wisconsin Department of Natural Resources (DNR) during an investigation into a May 2015 fish kill, the Fishing Wire reports. The virus’s genome was sequenced at a “virus hunting laboratory” operated by Tony Goldberg in the Department of Pathobiological Sciences at the University of Wisconsin-Madison’s School of Veterinary Medicine. 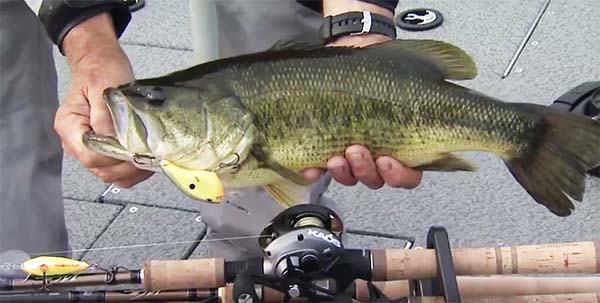 The pathogen, according to Mr Goldberg, is new to science and has been dubbed largemouth bass reovirus. It has yet to be directly linked to fish mortality, explains Mr Goldberg. However, the virus is a distant relative of other viruses associated with disease in other fish species, making it a key suspect in the Pine Lake fish kill. “We can’t say if it is directly responsible for fish mortality yet,” said Mr Goldberg. “But these kinds of viruses are known pathogens of fish, so we would be prudent to be concerned about it.” Although the virus was discovered in association with a fish kill, more work is needed to understand if it is the primary culprit, Mr Goldberg said. However, large fish kills involving a single species of fish such as largemouth bass have not been previously recorded at Pine Lake, making the virus a suspicious finding.

This entry was posted on Sunday, August 21st, 2016 at 11:00 am and is filed under News. You can follow any responses to this entry through the RSS 2.0 feed. You can leave a response, or trackback from your own site.