I had the pleasure again of fishing with Wayne Murray and his son Steve and Jordan out on the Gulf of Mexico. We headed out around 8am, stopped to catch some baitfish on the Sabiki rig, than headed about 6-miles out in the Gulf to fish in 40-45′ of water for a variety of eating fish. 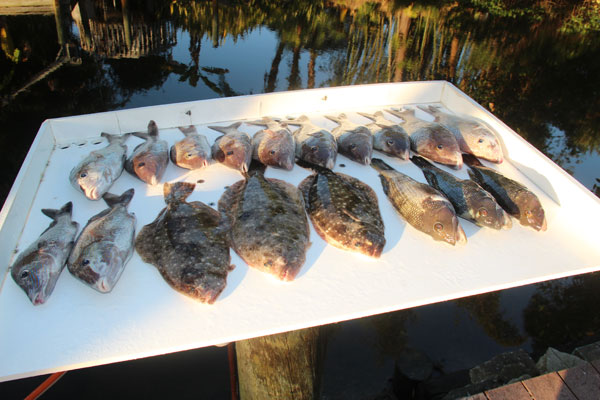 We may have caught between 50-100 fish by the end of the day keeping some of the choice grunts, sand perch, black sea bass and flounder for dinner, but our highlight was a surprise that followed-up one of Steve’s grunts as he reeled it to the surface. 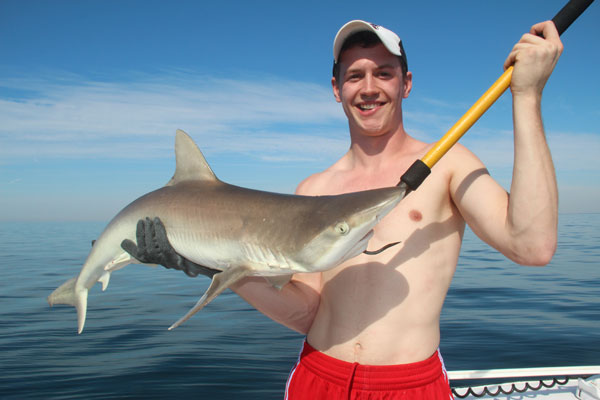 It turned out to be a Sandbar Shark that was just over 4′ in length. Steve was using 30 lb. test braided line with a Sufix 30 lb. test fluorocarbon leader with his 7′ medium action spinning outfit. He fought the fish for just over 20 min and we gently landed it by “surgically” gaffing it (gaff is just slipped through the lower jaw without damaging the body of the fish). We took a picture and immediately released it. Congratulations Steve, that is quite a feat in a light spin fishing outfit! 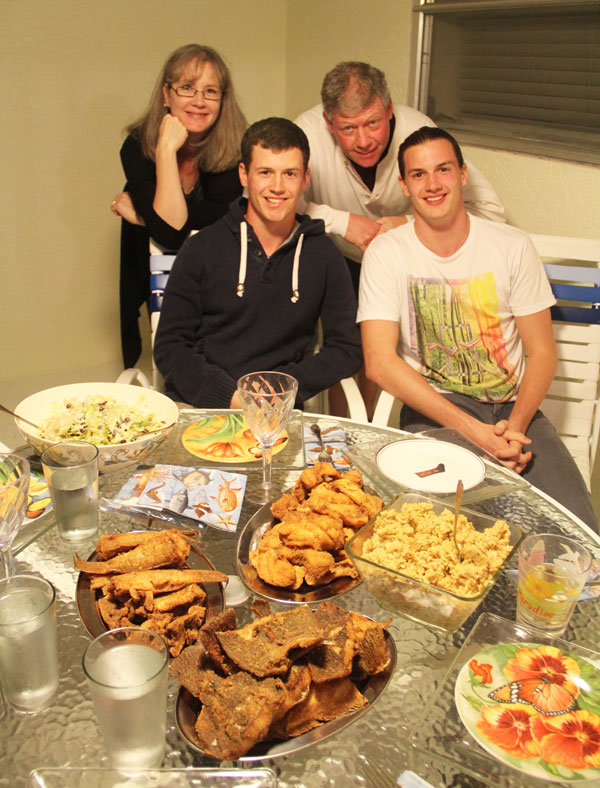 After a fishing day of non-stop action, we re-grouped and had an excellent fresh “fish-fry” dinner at our house. It included: deep fried, flounder, sand perch, mullet gizzards (yes, mullet have gizzards much like chicken gizzards and they are tasty but take a little chewing), black sea bass and grunt fillets, a fresh lettuce and bean salad, and of course risotto!