Over the last 3-yrs. we have had the pleasure of fishing with Carol & Mike Kirby who have been in Florida at the same time as we are. Two years ago we fished man-made reefs and targeted nice-size sheepshead aand a variety of other tasty bottom fish as well as mackerel and bluefish. 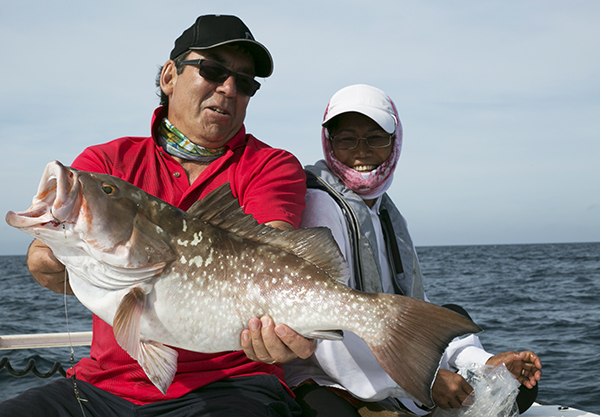 This winter I had a chance to fish with Mike on some of our favorite grouper spots 15-20 miles out in the Gulf of Mexico. On our outing on Mike’s first drop his rod slammed-over the gunwale and it was obvious he had a large fish on. All he could do was hold on to the rod. Unfortunately the fish swam right into an obstruction and before we knew it he was stuck on the bottom.  We carefully maneuvered the boat in about 70′ of water in different diretctions to try and release the line from the obstruction hoping the fish was still on. In a few minutes we did and the fish was on. After a nice fight Mike landed the biggest fish he has hooked in saltwater, and it was on his first “drop”!  Well done Mike! 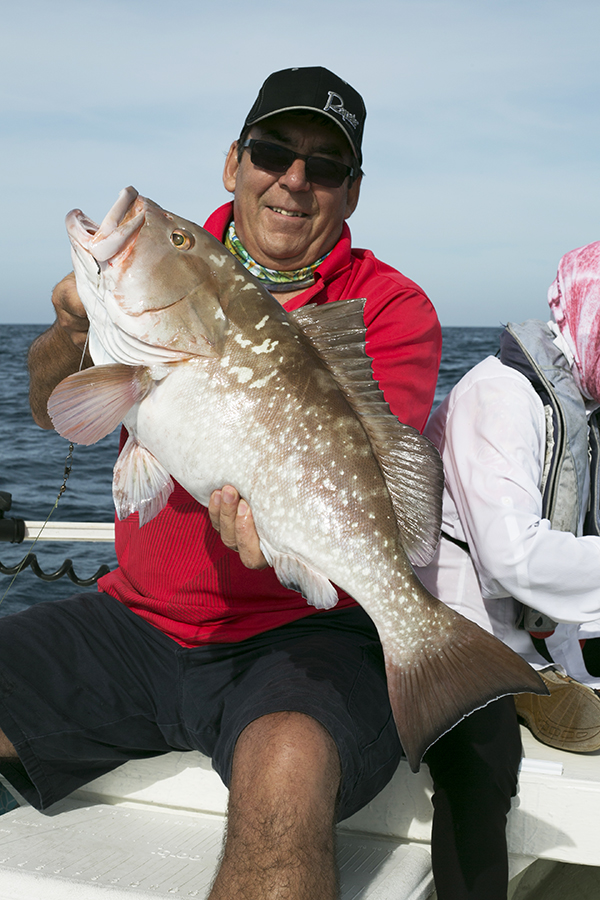