From all of my years steelhead fishing the Great Lakes tributaries in southern Ontario, mid-March is usually “trophy” steelhead time. Ninety percent of the steelhead which I have hooked over 15 lb. have been caught & released in mid-March. 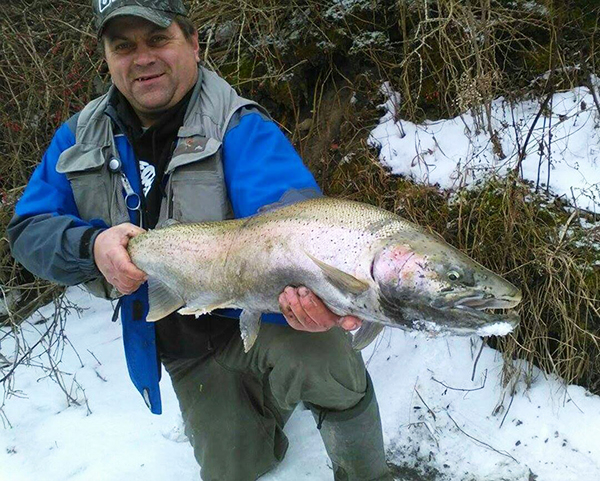 I think it’s because the large steelhead try and get up the tributaries first and have an advantage of reaching prime spawning grounds first. By the time the regular trout fishing season opens, most of these trophies are back in Lake Ontario. You can catch these bigger steelhead drift-fishing the “all-year” open stretches both on fresh roe bags, nymphs and artificials like Luhr Jensen KwikFish and Vibrax spinners.