Rapala’s reorganisation of its senior team continued this week with the appointment of Cyrille Mathieu as President and Managing Director of Normark Canada.

Mathieu (pictured) has been with Rapala VMC for 23 years and was previously the General Manager and VP of Sales and Marketing.

He succeeds David Neill, who was promoted to Executive VP in charge of global product development and innovation late last year. “Cyrille’s incredible experience and knowledge of the North American sport fishing industry, combined with his strong managerial and leadership skills, made him the natural pick for this spot,” said Tom Mackin, President of Rapala USA. “His promotion also reflects our culture, where we develop talent from within and continuously strive to help our people reach their potential.”

Mathieu’s appointment is the latest step in Rapala CEO Nicolas Warchalowski’s plan to ‘up its game’ in product development and get closer to markets with a more streamlined organisational structure. Warchalowski is clearly looking to promote from within where he can. Both Neill and Enrico Ravenni, recently promoted to head up distribution in APAC, are both long-time servants of the company,

Mathieu said: “It is a great honour for me to put my experience behind the most respected fishing brands in the world in Canada. I’m excited to join my colleagues at Normark Canada to continue to build our presence in the Canadian market and support the ONE Rapala initiative globally.”

Mathieu, who is relocating to Oshawa, Ontario, began his career at VMC Pêche headquarters in Morvillars, France, in 1997. He served as International Sales Manager in charge of key accounts in Asia, Australia, South Africa and North America while supporting VMC’s growing retail business in the US.

He worked closely with renowned hard bait, jig and buzzbait designers and manufacturers worldwide to develop fish hook solutions for their needs, while supporting VMC retail expansion in the US.

In 2003, he moved to Minnesota, where he was appointed Vice President of Sales and Marketing, leading the development of the OEM, ODM, private label and retail businesses for the company in North America.

Mathieu became a US citizen in 2017, the same year that he was named General Manager for VMC as the company continued to expand in the US and Canada by strengthening relationships with Rapala VMC factories and strategic partners worldwide.

Over the course of his career, Mathieu has worked closely with Rapala USA and Normark Canada sales, product development and marketing teams to support the introduction of multiple international, award-winning VMC products for the bass, walleye and saltwater markets.

He has also helped build the retail expansion of the VMC brand in Latin America and Japan, providing product and marketing expertise. 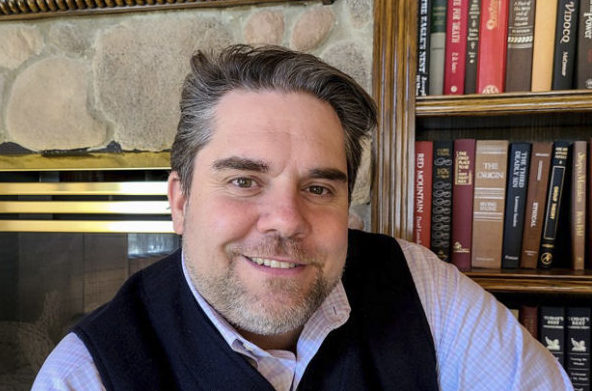 This entry was posted on Saturday, March 20th, 2021 at 10:00 am and is filed under News. You can follow any responses to this entry through the RSS 2.0 feed. Both comments and pings are currently closed.