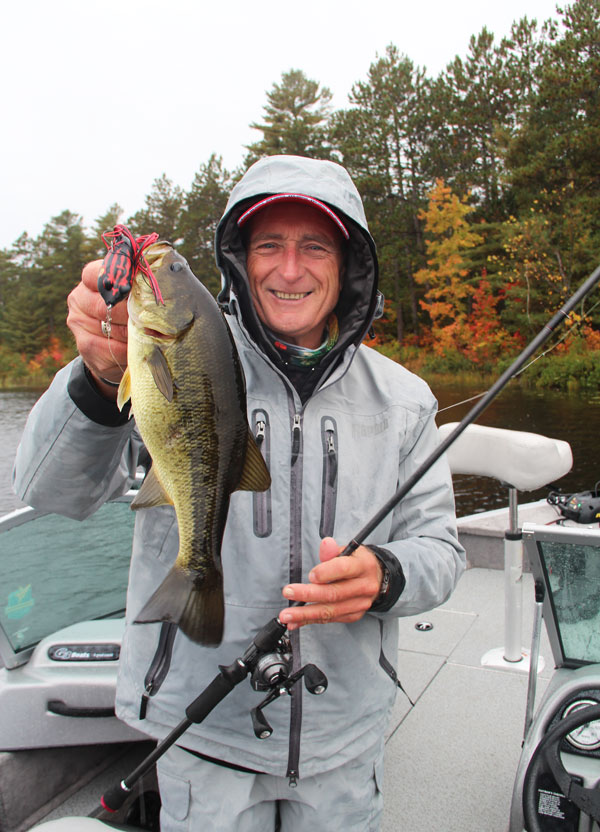 Day 1 of our Mashkinonge Lodge TV shoot started of again with low temperatures, winds and rain.   Regan and I decided to try a shallow, lily pad filled area in the lake to see if we could get any largemouth bass to take one of the new TriggerX hollow-body frogs. To our surprise, even with 59F surface water temperatures, rain and winds, we managed to raise about 1/2 dozen  fish.  We did not want to hook them in case we fished the same area for the camera, but I just wanted to see what sizes they were so I hooked one. 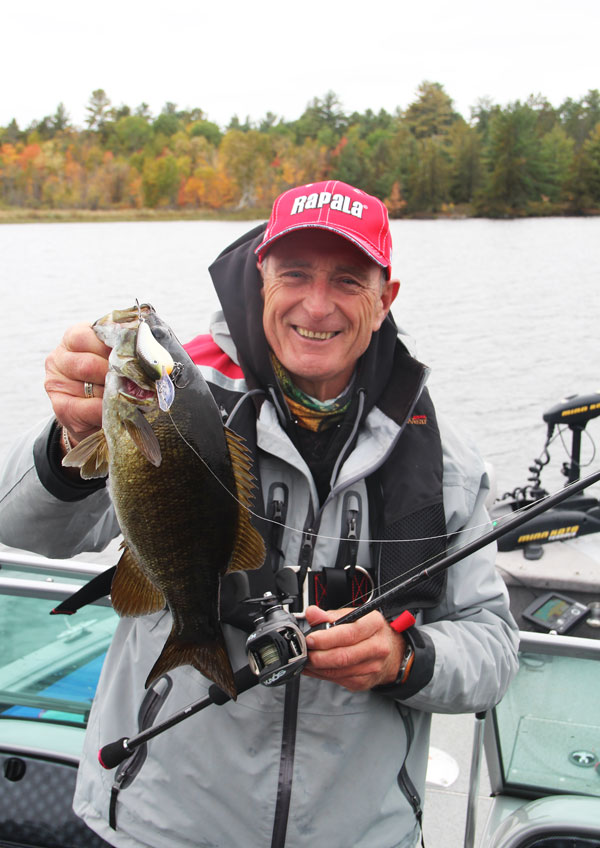 By 1pm the camera crew arrived and we headed out to fish a weedline in 5-7′ of water.  By then, the winds picked up, but at least the rain stopped.  We stated hooking fish right away with Regan landing the first pike which was just over 2-feet long. Next I had a nice hit on a Rapala Dives To 7 Flat crankbait  but missed it.  I immediately picked up my other rod that was equipped with a Rapala Husky Jerk #14 and fired it back to the same area only to have a fish in-hale it and cut my 20 fluorocarbon leader off. Soon after that we started hooking some really nice bass including this chunky smallmouth that was cruising an open flat in 5′ water. It hit the Rapala Dives To 7 Flat in the shad color. 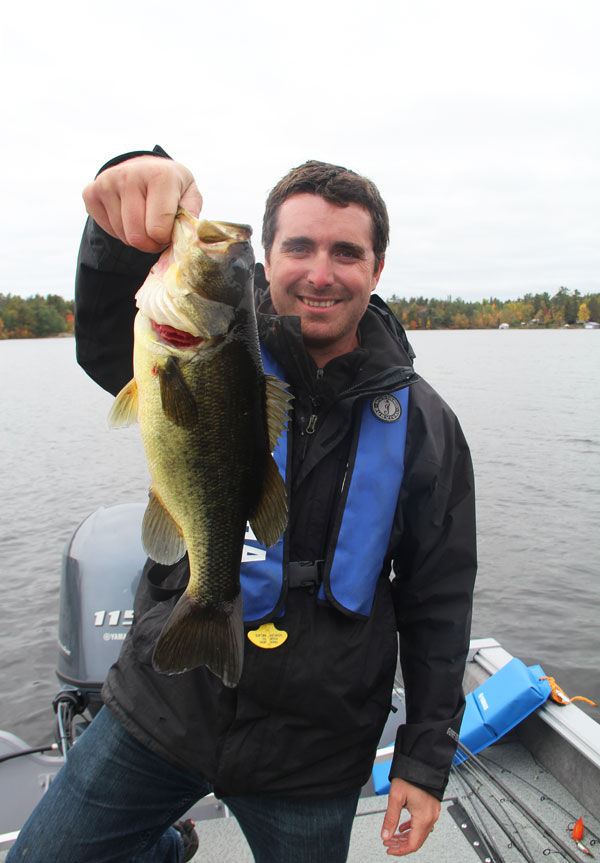 Regan landed a nice largemouth bass on the Rapala Dives To 4 Flat in the “hot mustard” color  just off a clump of weeds in 4′ water using the Rapala Shift spinning outfit loaded with Sufix 832, 20 lb. test braid. 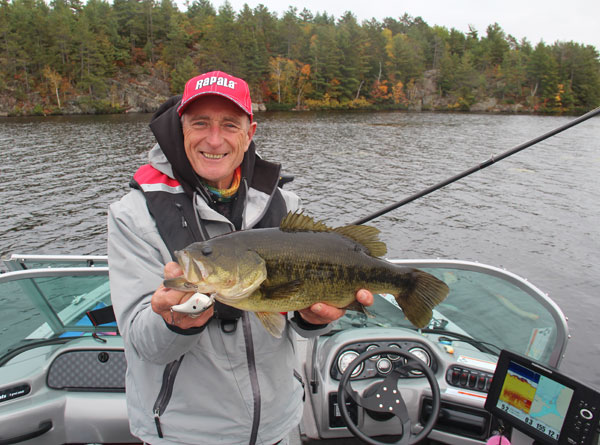 Our largest largemouth of the day turned out to be a 20′ fish that had a big girth. One thing I love  about Nipissing’s west-arm largemouth is that they are plump and very dark in coloration! Tomorrow will be our final day of filming and we are planning on fishing several spots for both pike and largemouth bass. Weather looks more promising and we are hoping to have some exciting top-water action. If you would like to enjoy some excellent fishing in the Near North, I would encourage you to book a stay at Mashkinonge Lodge!