I just had the chance to use the larger size Lunker City Fin-S-Shad rigged with a 7/0 worm hook and was amazed at the action it had, great drop-rate and how smallmouth responded to  it. 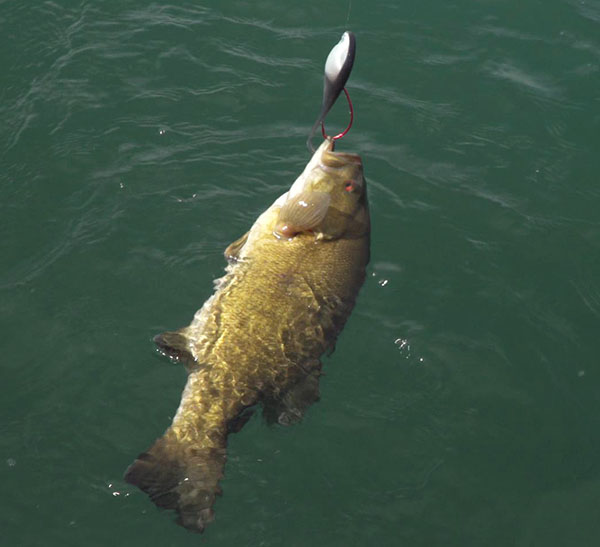 If you catch a fish on a new lure on your first cast it’s a good sign. That’s what happened when we recently filmed a shallow-water smallmouth bass TV show. I fished a variety of Rapala shallow-running baits and caught lot’s of fish, but then they shut-down. So I tied on the Fin-S-Shad and was amazed at how I was able to get bass to respond. If you love to bass fish, here is a swim-bait that you can add to your arsenal that really produces fish!! 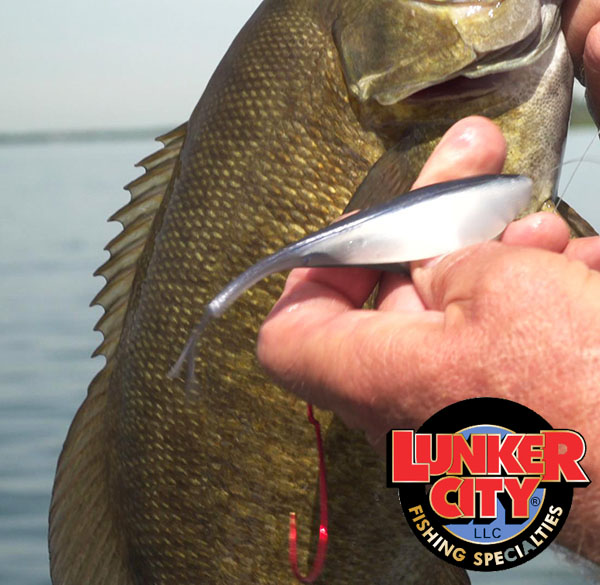