Lockjaw Steelhead? Try artificials to get them angry.

Featured images shows Matt Cory of TopSet Sportfishing with a trophy spring steelhead. Most steeelhead angler have high confidence using roe bags and rightly so since they produce the largest numbers of fish. But sometimes during mid-day hours when steelhead have seen lot’s of sacks drift by, a flashy or wobbling lure can really get them cranky and get them to strike. 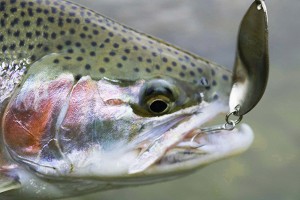 Some of the top lures to cast in deeper pools and runs when all else fails is either the right size wobbling spoon like the Lil’Cleo shown above, or an erratic swimming lure like the Luhr Jensen KwikFish, a “broken-back” Jointed #7 Rapala in bright colors, and also a medium size spinner like the Vibrax #2. The key is to fish the lures with the current or perpendicular to the current passing it in front in-active fish. Depth is critical. The lures should pass either in front or just above the holding fish. This may mean adding a split-shot sinker or two to get the right presentation based on depth and current speed. 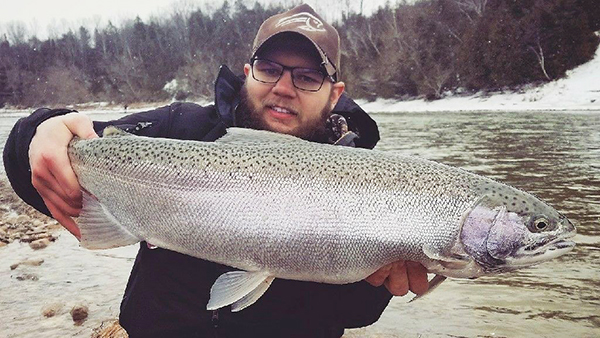