Our good friend Simeon Kubassek who work out of Lake Superior’s north-shore, his girlfriend Mirjana and buddy Wayne too advantage of early tributary steelhead fishing. I have fished the north-shore of Lake Superior for steelhead in my younger years and I can confirm that I planned my trips there the middle of May and even then we would be standing on huge chunks of river ice on the shorelines to fish from. This year the tributaries were already open in April and the fish ran up early. 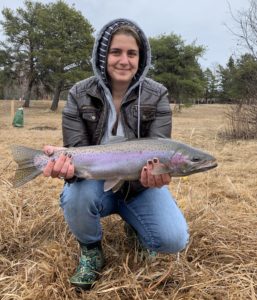 The same drifting techniques work on Superior’s north-shore as they do in southern Ontario. Drift rods in the 9 1/2-13′ length are standard matched with either a center-pin reel or spinning reel. 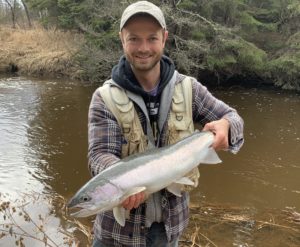 Most anglers fish 8-10 lb. test monofilament line and add a clear “fluorocarbon” leader anywhere for 12-24″ below the float. 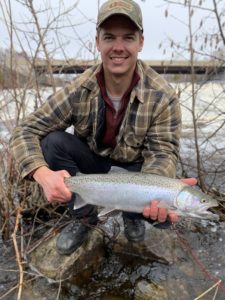 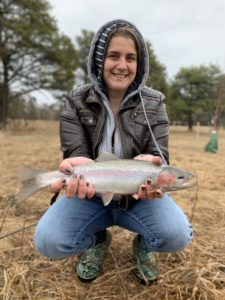 Fresh-run steelhead will hold in deeper pools and runs and below obstructions like rapids, dams and weirs. 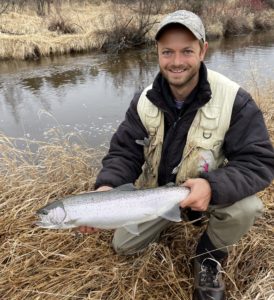 Some of my favorite rivers to fish along the Trans Canada highway are the Wolf Black Sturgeon rivers and their tributaries.

Check out our YouTube Channel for great Sportfishing videos or ask us a question! 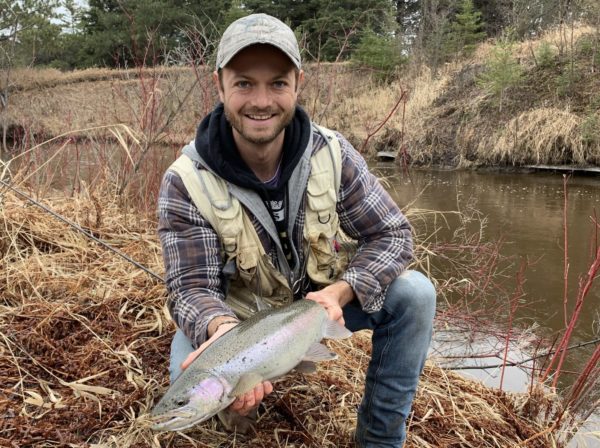