Our friend John Cowie who built the present Canadian Sportfishing website has been having excellent action for whitefish and lake trout on Lake Simcoe, ON. Unlike many ice anglers that fish off the south & west shores of Lake Simcoe, John heads out from Stroud, ON.  As most Lake Simcoe anglers know, the east-side of Lake Simcoe had shallower water and is ideal for smallmouth bass in the summer, but in the winter that means that anglers looking for whitefish and lake trout from the east-shore need to travel several kilometers to reach water depths of 50’+. 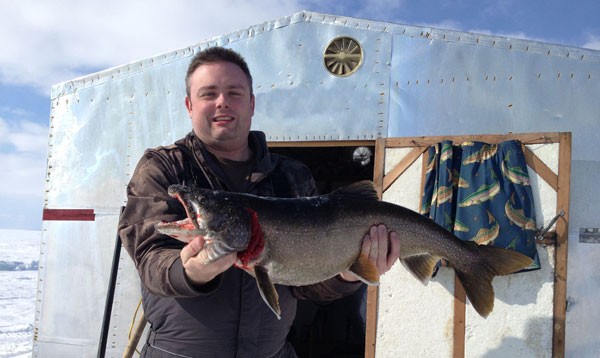 As you can see John does not mind the trek out when he lands trophy lake trout like this one fishing from one spot.  Cold air temps. have kept some anglers from getting out, but John has consistently landed nice fish! 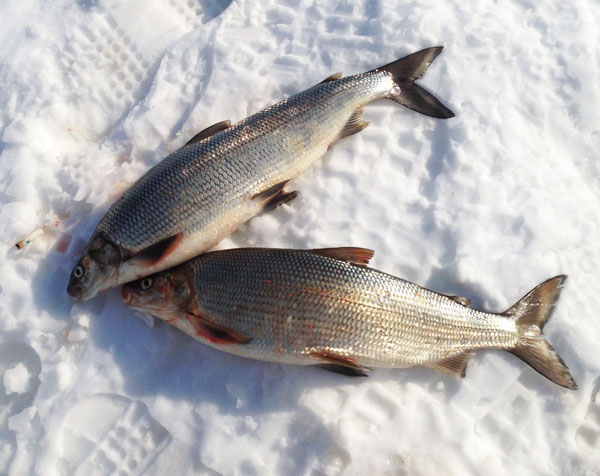 Besides lake trout, they also catch their share of whitefish fishing the same structure breaks in deep water. Both whitefish and lake trout feed on the same shoals and reefs in deeper water. Once you locate these “food-shelves”, it’s just a matter of waiting for the fish to move in to feed!