Our good friend Mario (aka: Nima Angler), sent us these images of his trophy Lake Simoce Ling catch. While Ling (Burbot) are common in many deep lakes that also have Ciscoe (Lake Herring), Whitefish and Lake Trout, we don’t often see Ling this size  caught here in Ontario. 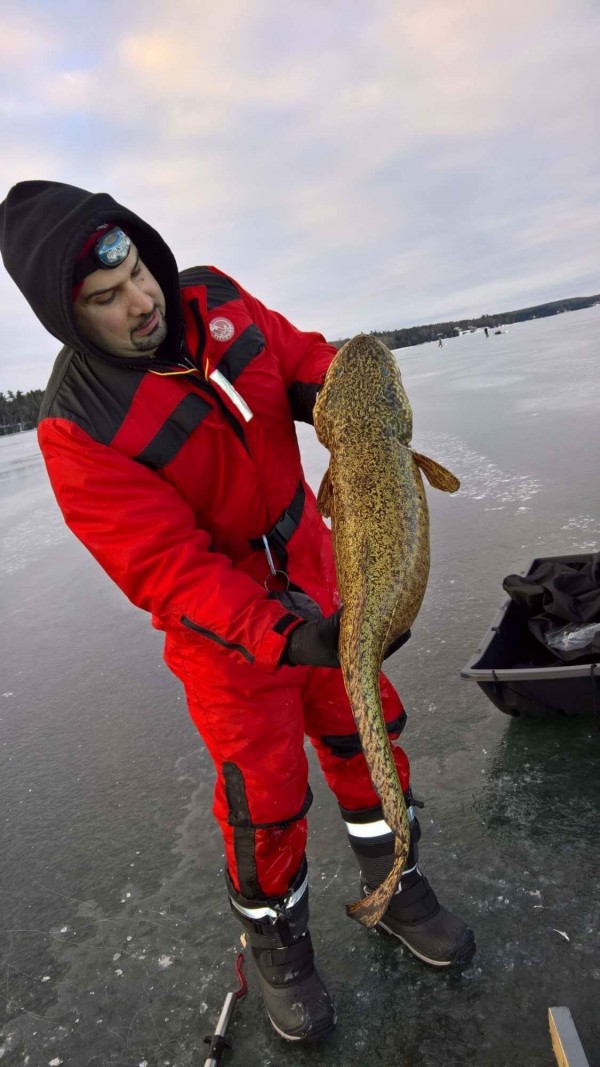 Western Canada produces many trophy ling, but this is one of the largest I have seen recently caught in southern Ontario. 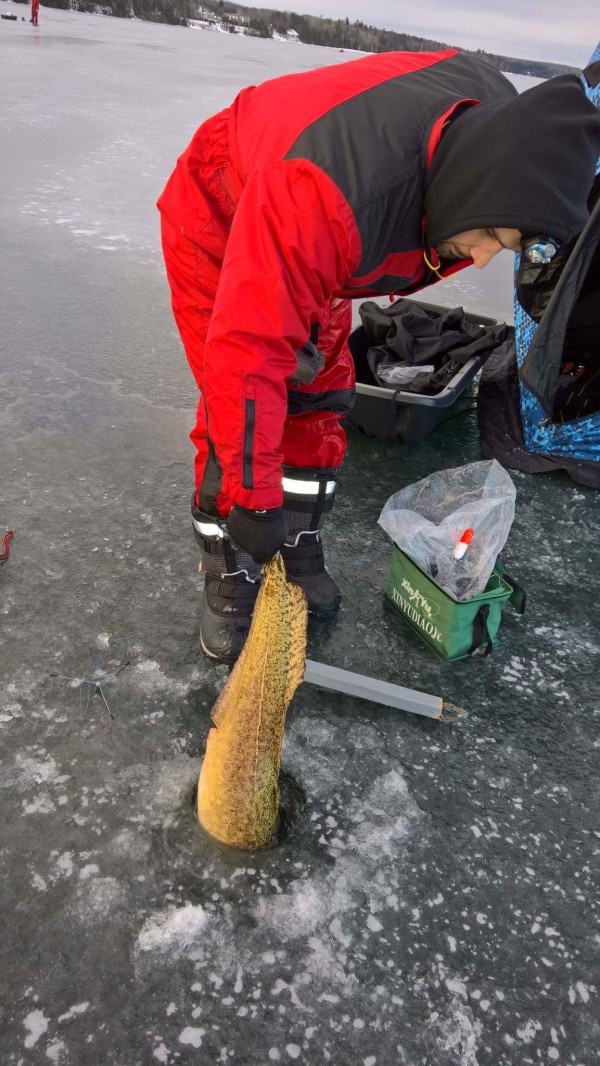 Ling are predominantly “nocturnal” feeders but are often intercepted while targeting other species through the ice during the day. 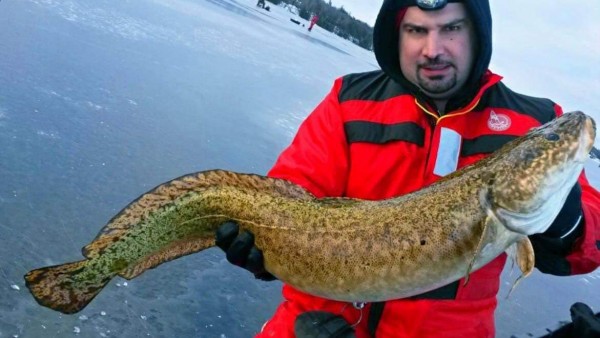