I hit the ice with my good friend Tony to close out the ice fishing season on Lake Simcoe for lake trout and whitefish. We decided to go for lake trout on the north shore. We walked out a couple of kilometers, drilled holes and began to fish. Before I even dropped a line, a speedy Tony already had a fish on but lost it. I began to move a bit more quickly after that, and had lines down quickly. It was a quick hot bite early in the morning, and we had a lot of fun! My tip-up didn’t take a bite, but the jigging proved effective. We swam the swimbait up and down the water column pausing every once in a while. When we saw a fish on sonar, we would reel up quickly and pause, then the fish would chase and smash the lure. I always find that exciting, like a real life video game! 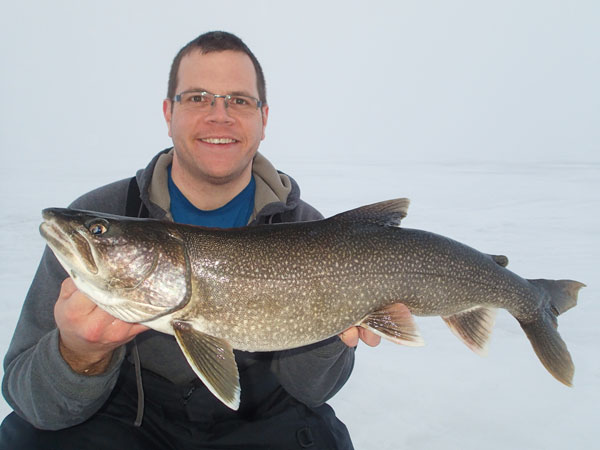 Tony had success on a 4” paddletail swimbait, and I also hooked up on a 4” paddletail swimbait. I switched up to a big Rippin’ Rap just before the action started to slow down, and wham! I got a great laker that put up an amazing fight. After that, it slowed down, and we started to try everything to muster up more bites. Despite our best efforts, we came up empty late morning and all afternoon. Fish were not chasing at all, and even dead-sticking didn’t work. We even tried a subtle presentation right in the mud to no avail. We were sure glad we got there early! We were tempted to move, but with such a hot morning bite and still marking fish, we decided to stay. We didn’t want to leave fish to find fish, but unfortunately it was the wrong choice. Oh well, we had a great morning, shared some laughs and I had a great time capping off the ice season on Lake Simcoe with a good friend. 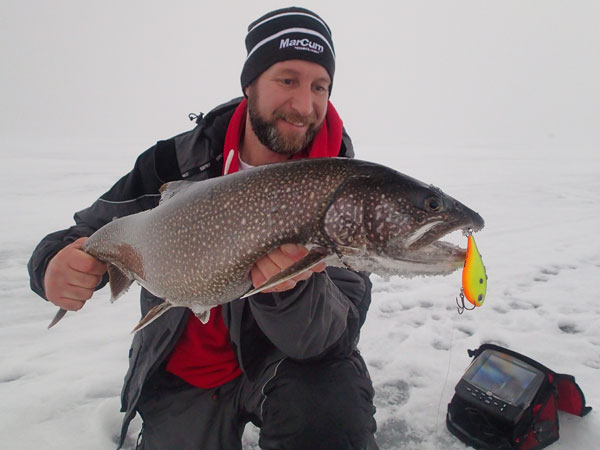 The Rippin’ Rap is my favourite trigger lure for lake trout! 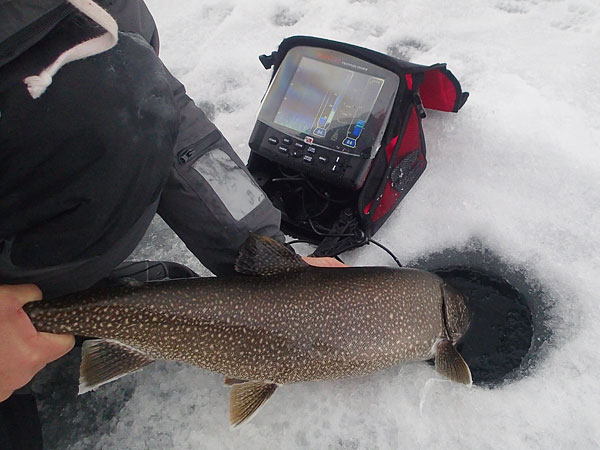 I used a Rapala RType medium action ice rod with a Kaos spinning reel spooled up with 8lb Sufix Siege line. 3.5-inch swimbaits like the
TriggerX Slop Hopper
in smelt work great to trigger bites from lake trout, as does Rapala Rippin’ Raps I am ready for some spring steelhead fishing now. Bring on the warmer weather!!!
Good fishing!
Aaron