Many Great Lakes tributary steelheaders have been taking advantage of the early runs of Chinook & Coho Salmon, some steelhead and migratory brown trout that has been happening since Aug. Finding these fresh-run fish is one of the keys to being able to catch them consistently before they start turning really dark and focusing on spawning rather than taking drift-baits or lures. 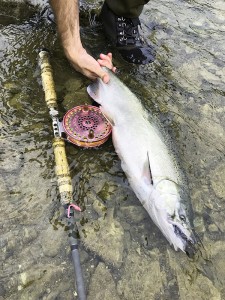 Simeon Kubassek had great timing to catch his fish using his centre-pin drift outfit and light line. Water temperatures have been pretty warm for the last 6-weeks and even though fish have been running up the tributaries, they don’t have the stamina to fight as hard as when water temperatures are cooler. It definitely pays off to fish low diameter leaders and use long-leads to increase hook-ups.

Especially as the Chinooks and Cohos get darker, they will be easier to make them strike by using bright, un-natural drift-baits like pink worms, bright colored spawn sacks and a variety of erratic swimming lures. If you are planning on fishing salmon holding in deeper pools, try to get there early, approach the pool cautiously as not to spook the fish and cast a #11 Jointed Rapala, #7 KwikFish, or #3 Vibrax retrieved at different speeds and in different directions with and against the current. Getting there early will be the trick. When the sun get’s bright, the salmon will spook easy making them much tougher to catch! 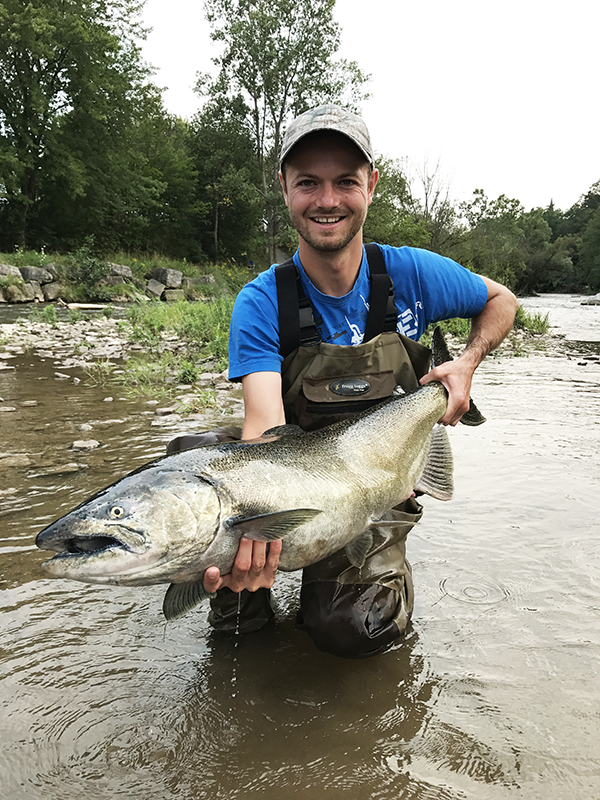