Wayne Sheridan reports: Surprisingly, water temperatures are still low for this time of July. Normally the warm water will slow fish activity but cool nights have kept the temperatures low. We did some fishing during our vacation the past few weeks and it was pretty good.

We caught rainbow and browns, photographed them and then released them. 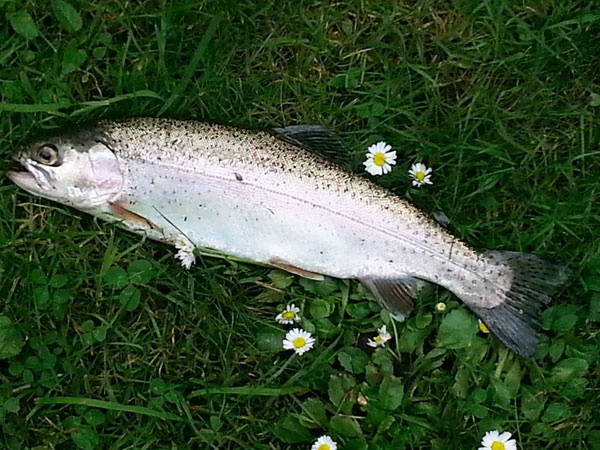 Wayne‘s Fishing Tip of the Week: Many times we see other fishermen using split shots, weights, ect to get their baits down to the bottom of the river but not using enough weights. Fish will hold close to the edge of the drop off, waiting for food to drop down, and if your bait doesn’t quickly drop down, it may just sail right over their head. Get more weight on and get it down quickly.

This entry was posted on Friday, July 17th, 2015 at 4:44 pm and is filed under News. You can follow any responses to this entry through the RSS 2.0 feed. You can leave a response, or trackback from your own site.