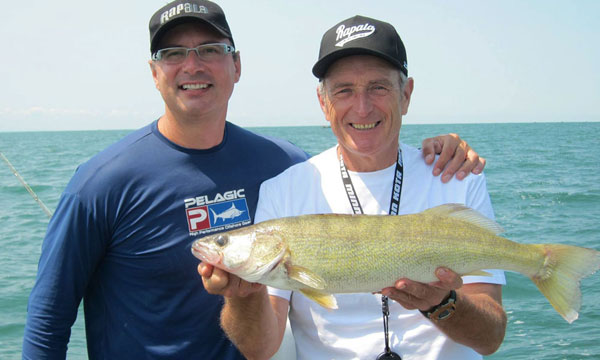 I had a chance to fish out of the 2015 G3, 172FS  today for the first time in Lake Erie, ON with Brian Sokolich and Bill Henry.  I wanted to see how it handled running in rougher water and how slow I could troll with  a Yamaha, 4-stroke, 115 hp outboard.  Even though we started out early, we still have waves to content with. 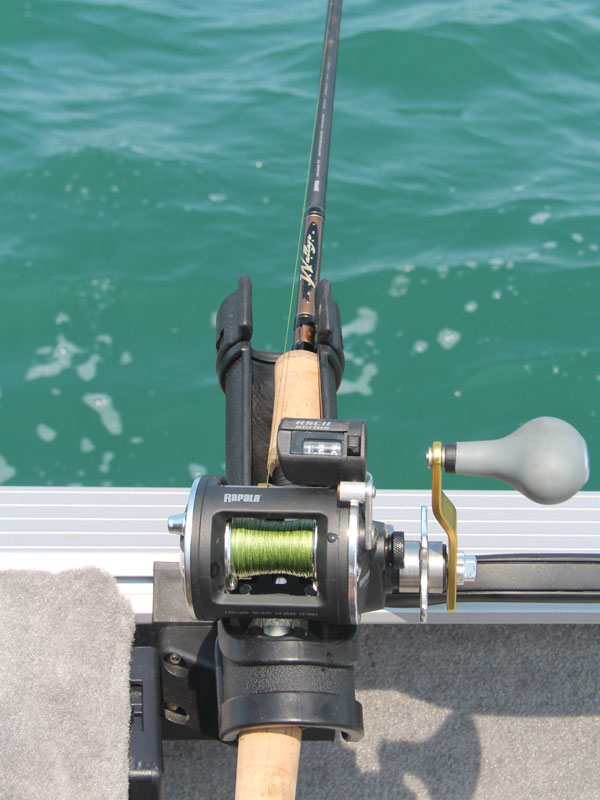 We worked our way to about the 55′ depth and set our lines.  I had rigged the Raplala Tournament Walleye rods with Rapala reels, Sufix 832 braid and we set up a variety of rigs ranging from Luhr Jensen Jet Diver, Luhr Jensen Dipsey Diver. 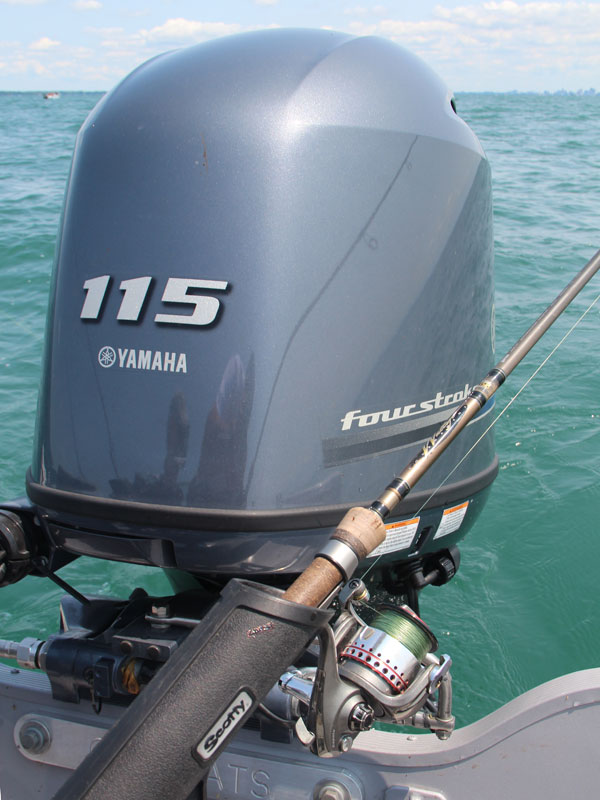 We also ran in-line planer boards and bottom-bouncing sinkers, all rigged with worm harnesses. The most productive trolling speed was around 1.5 mph. 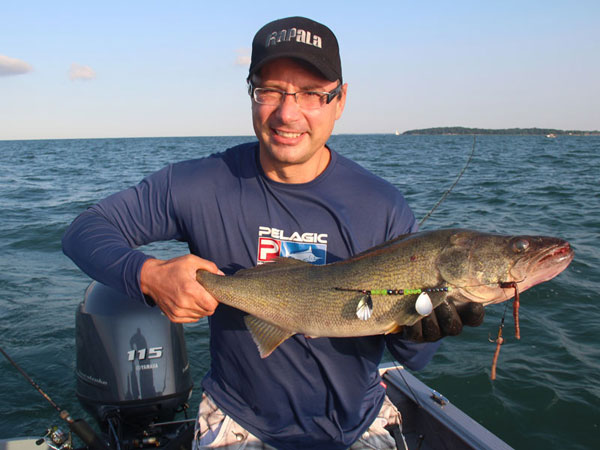 Brian started off landing what turned out to be the largest walleye of the day and from that point on we had steady action until about 11am. The bite slowed down and we decided to move closer towards the mouth of the Niagara River.  As soon as the G3 came off-plane, the Humminbird 1100 series sonar lit-up with walleye and baitfish.  We set the lines again and ended up catching another 4-walleye on the bottom-bouncing rigs. 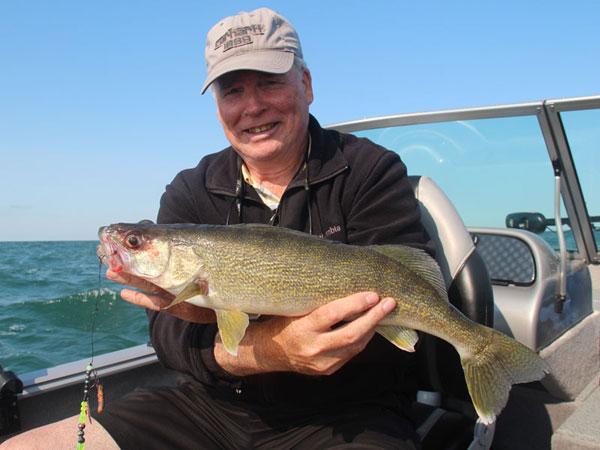 Bill Henry did most of the boat control but still found time to get some walleye fishing in.  By noon, the water calmed down and we were able to use the Minn Kota 80 lb. thrust Terrova to troll.  For those of you that are not familiar with the Terrova, it is a powerhouse with an electronic/GPS brain!  You can set it to follow a specific trolling course and if you want to hold in one position you just hit ‘spot-lock”, or you an control the direction and speed with a hand-held remote, or the foot control! 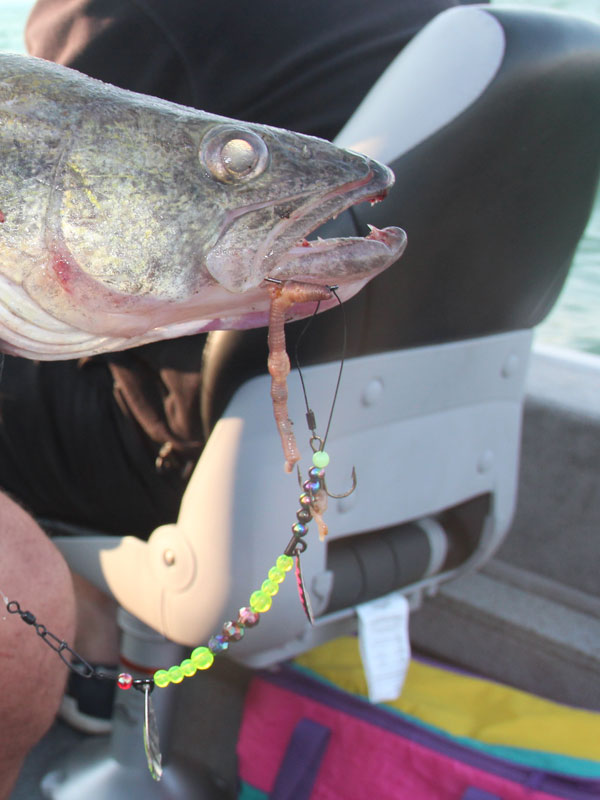 In all we landed 9-walleye, 2-white perch, 1-yellow perch, and two sheepshead.  Conditions made it tough, but we stuck with our proven presentations and were very happy with our resultsl