Kings for a Week

I had a week off work to fish for salmon on Lake Ontario for the Great Ontario Salmon Derby  I had a family vacation during the first week of the derby, and I also needed to rig up 2 new Cannon downriggers on my boat, so I didn’t get out once in the first week. This was my first time having Cannon riggers on my boat, and I must say, I love them! They handle heavy weights and are incredibly fast. I began fishing out of Bluffers on Monday, and fished the general area to the east and west for the week. When I first got out on Monday I hit one nice fish right away on a Coyote flasher and TriggerX Twinkie rig, then it died. I got out late ad caught the tail end of the morning bite. I began trolling shallow, mid depths and deep to no avail. I decided to pull lines and try a new spot a few miles away. At 10:30am I had lines down and instantly started hitting nice kings! I love when a big move pays off. I had trouble keeping 2 lines down. As soon as the Luhr Jensen Coyote flasher and cut bait was sent down on my Cannon and Dipsy Diver, off it fired. I had double headers solo and caught fish the rest of the day. Riggers fired from 50 feet down to 100. The Dipsy Divers fired from 89 to 180 out on a 3 setting. 130 feet of water to 215 produced well. The fish were high in the water column. Nothing big enough to weigh in for the derby, but close! Rapala RSC 10’6″ wire spring tip Dipsy rods with Rapala Hydros reels were utilized for Dipsy Divers, and Rapala RType downrigger rods and Hydros reels were used for the downriggers. 30lb Sufix Seige was spooled up for downrigging, and 30lb Mason wire was used for Dipsy Divers. 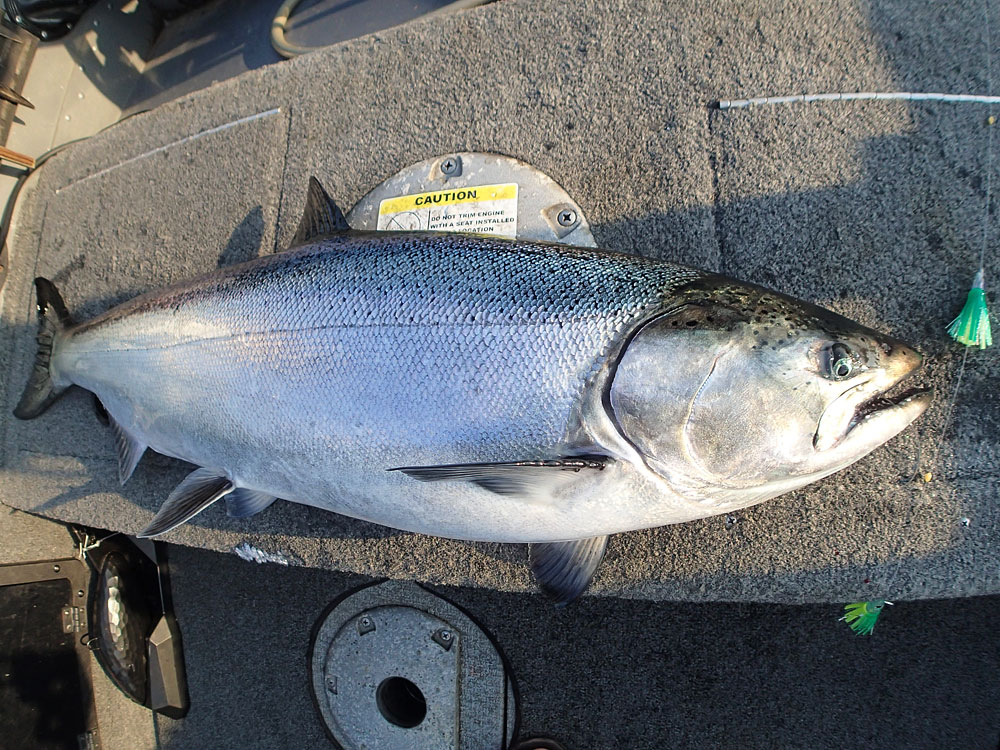 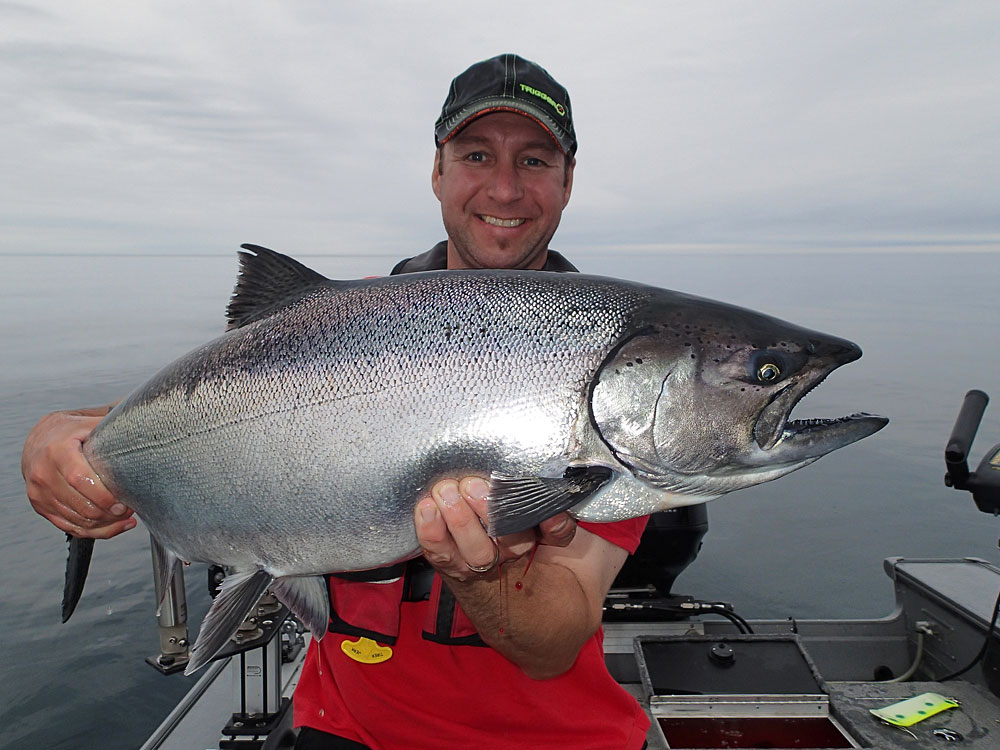 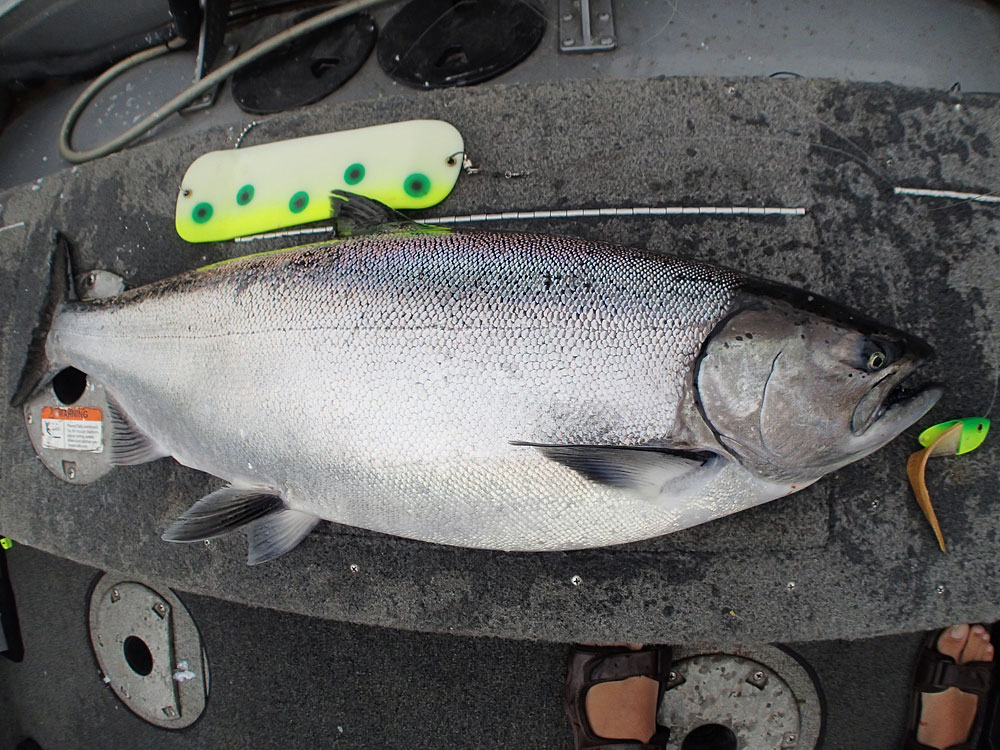 Tuesday, I headed out again to the waypoints I hit fish the day before with a friend Rob. To make a long story short, we pounded them all day right up until we had to leave. Coyote flashers and TriggerX bait heads with herring strips getting it done again. Same settings on Dipsy 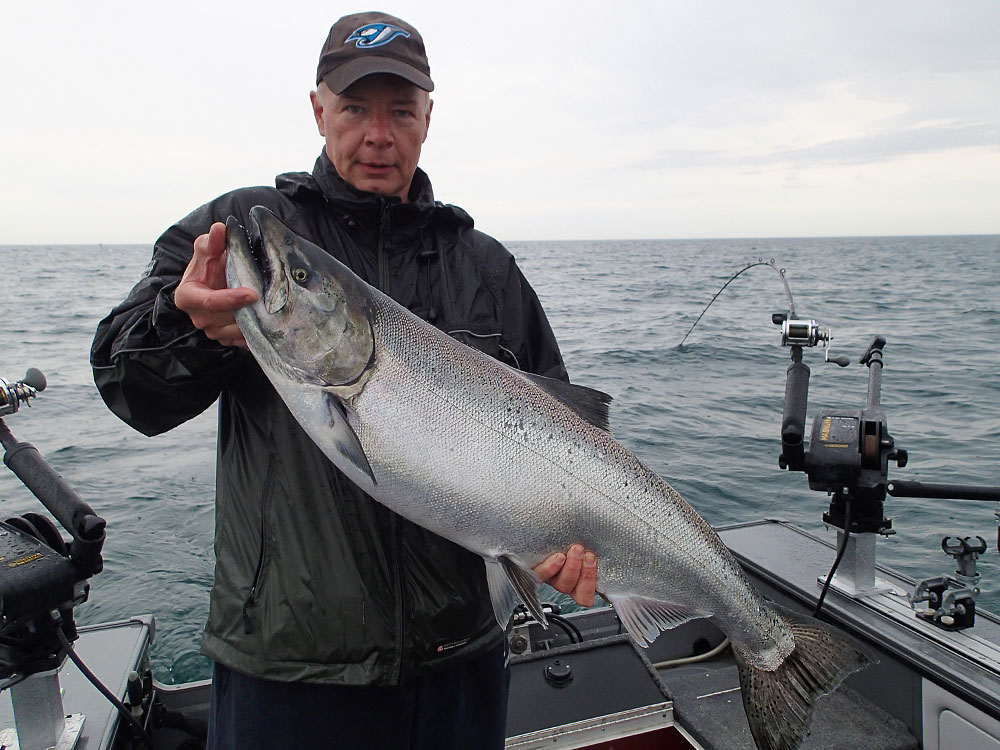 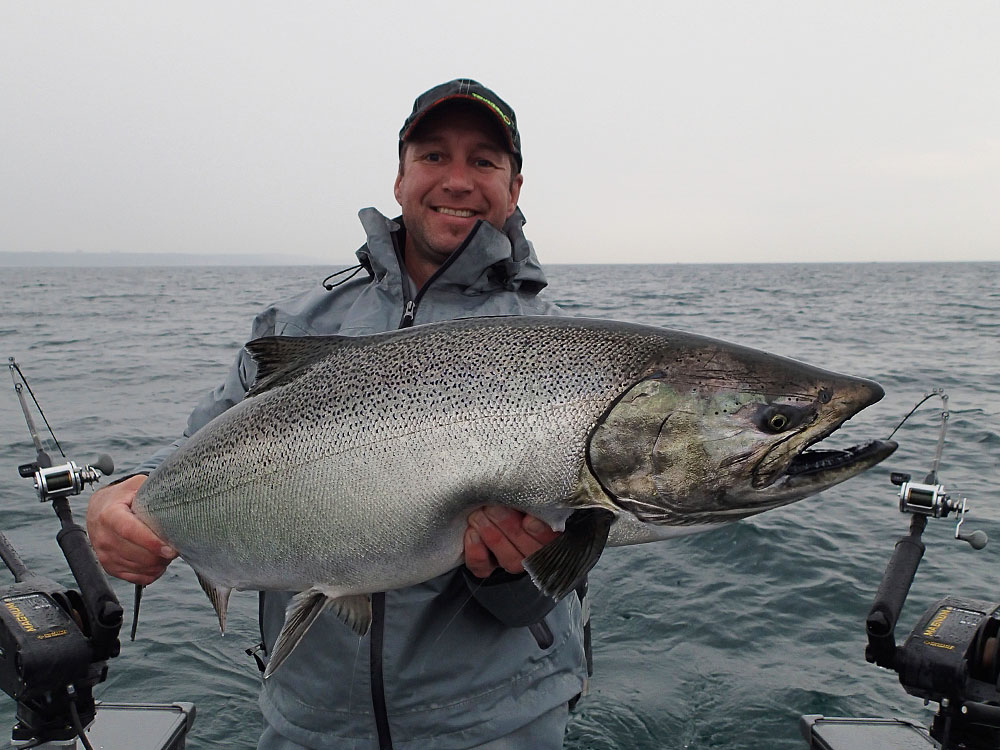 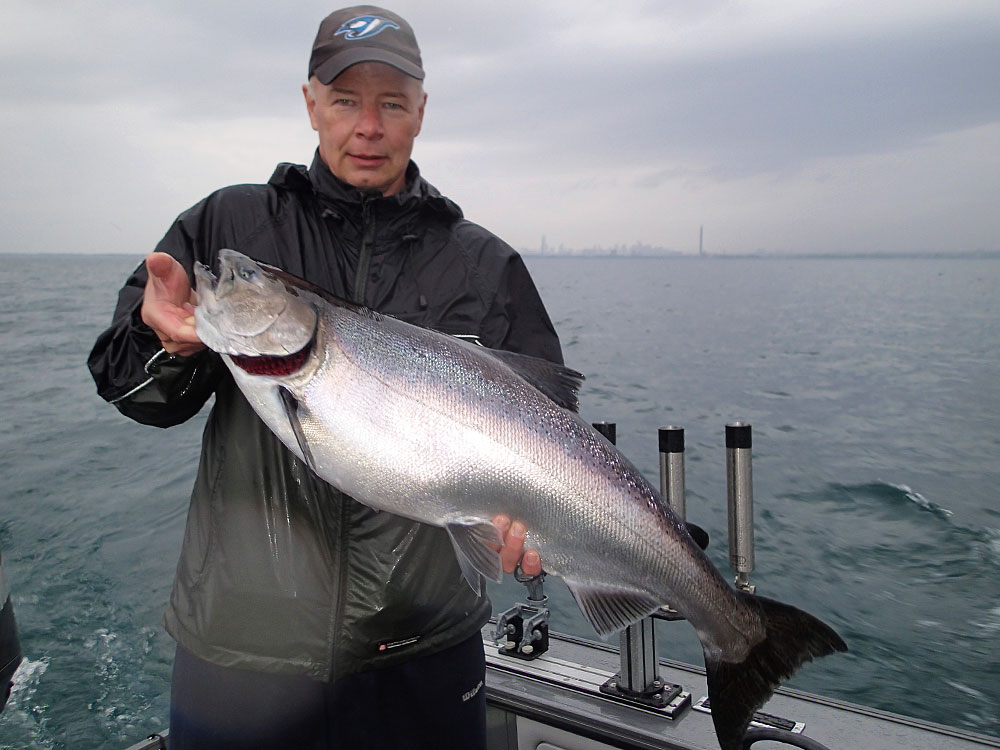 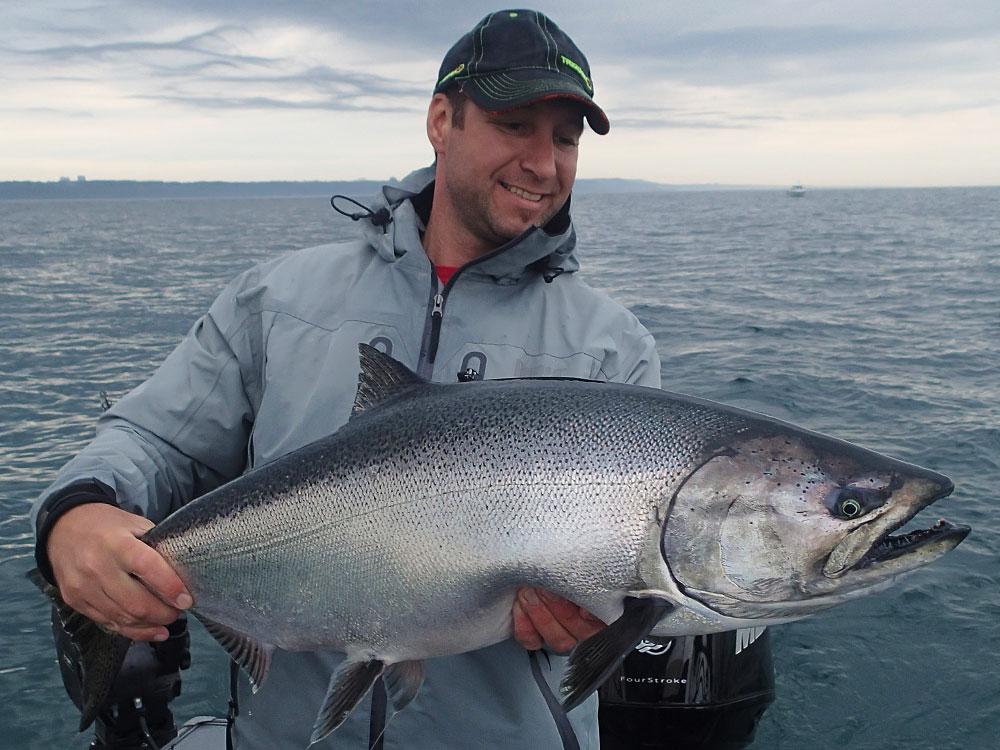 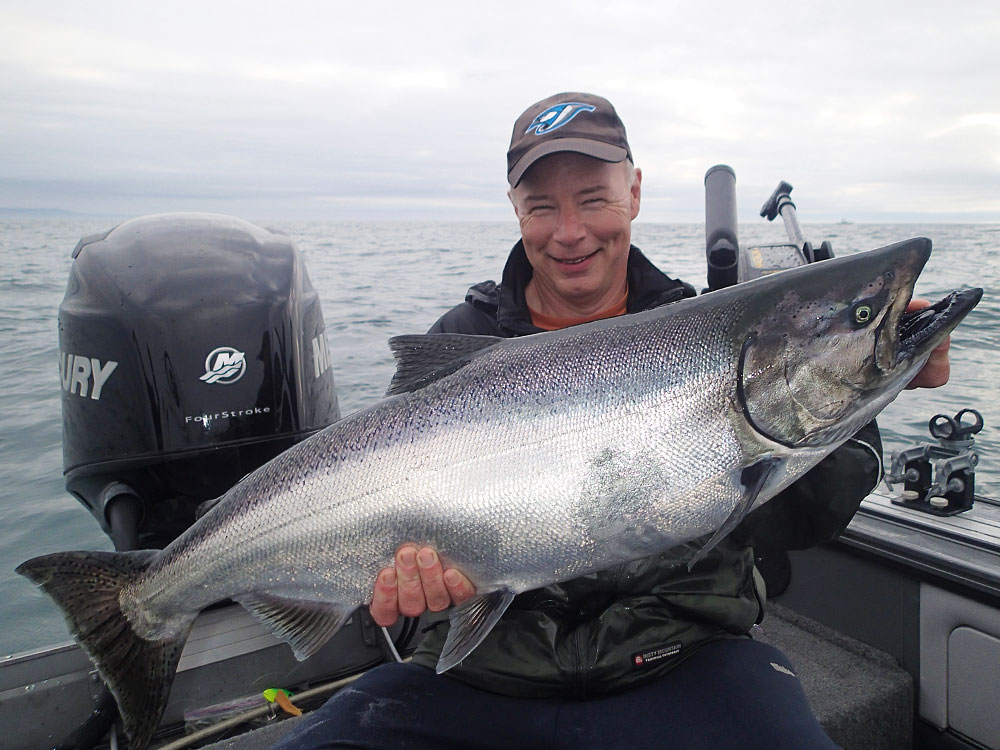 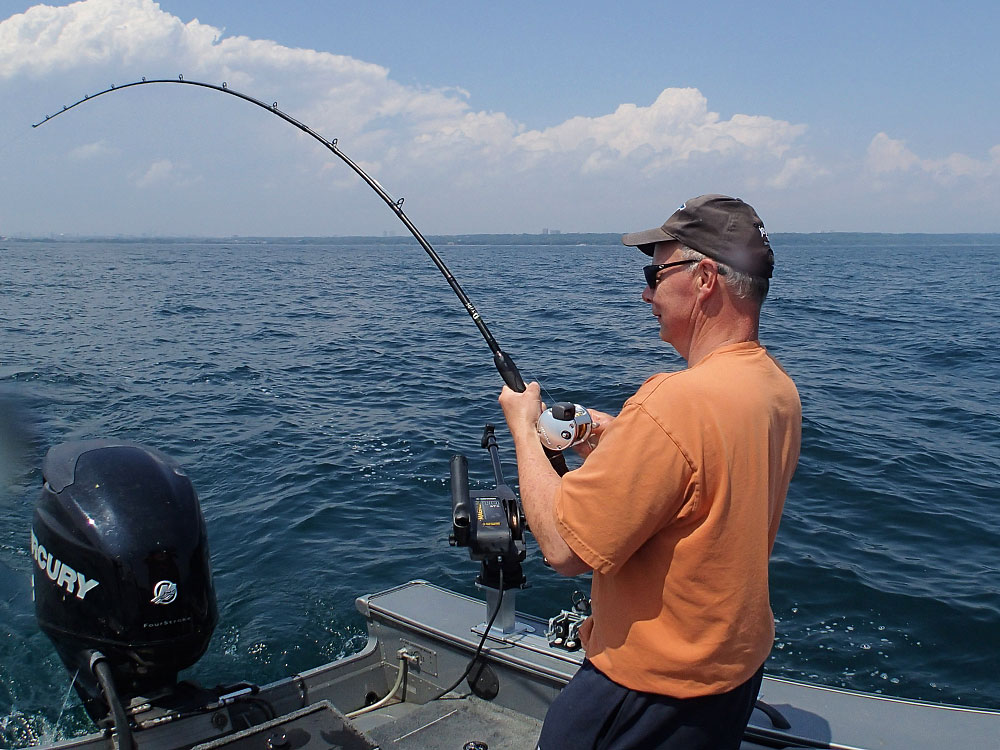 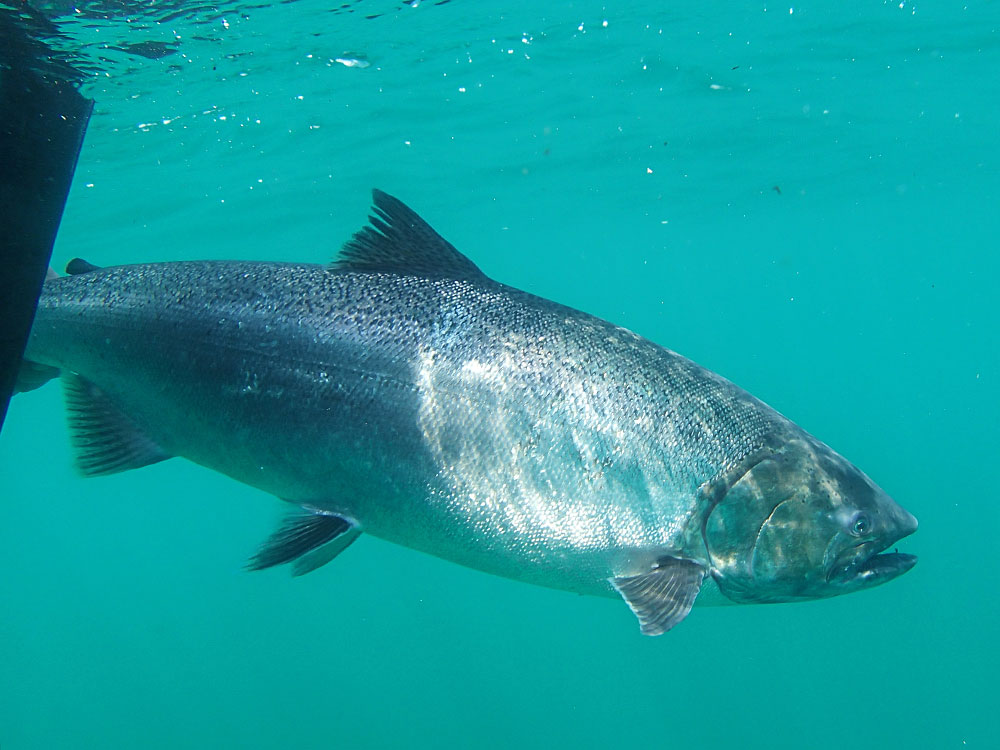 I had a friend Mitch out on Wednesday, but things changed dramatically on the lake with a big west wind Tuesday evening. The bite was off. We hit a couple smaller fish, then it died. After a while, we moved around 20 miles checking and fishing spots all over east and west. Finally just before we left, we hit a few more fish in front of Bluffers.

On Thursday, I had Rob back out again, and another friend Derek joined us. It was nice to fish three guys, and it allowed us to utilize downriggers, Dipsys, leadcore and copper. We weren’t expecting much, but we got into them pretty well, with deeper presentations working and 300 and 400 copper lines off planer boards. A variety of Coyote flashers and Kingfishers worked with herring strips in TriggerX Twinkie rigs and cut bait heads. Most fish were under 20lbs, but Derek got a nice one. Still not big enough to weigh in for the GOSD. 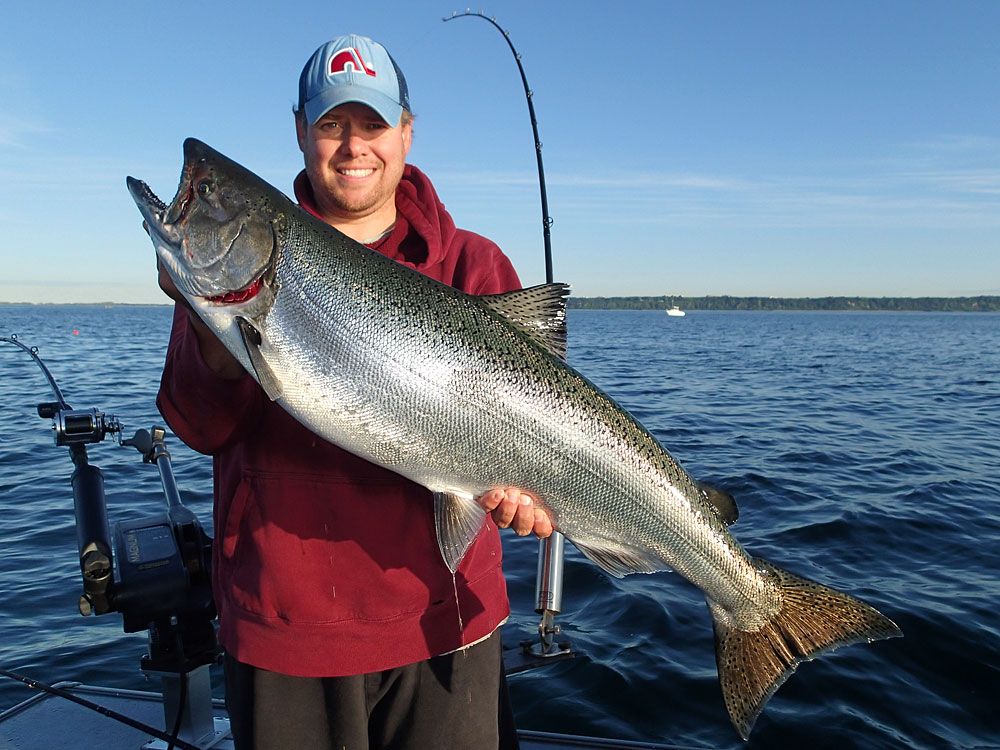 Friday was a tough bite. I had a friend Melanie out, and we tried a bunch of spots, depths and combos. We only managed 5 bites and one was a shaker and a 12lb rainbow trout that Melanie got. 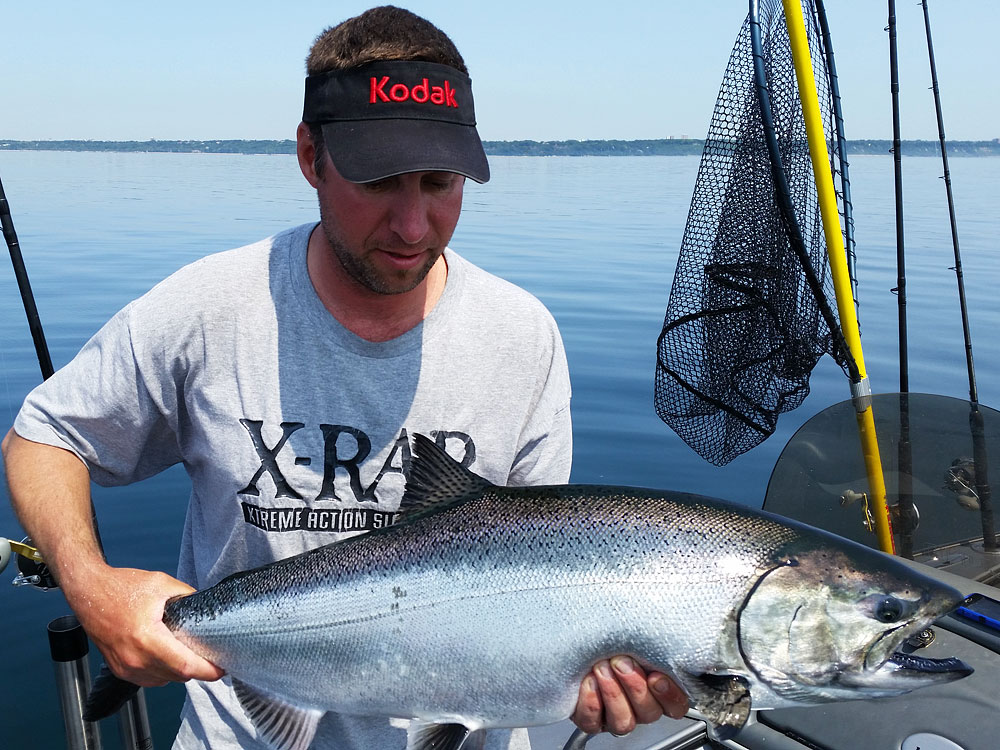 On Saturday I had a friend Mario out, but we could only manage a few small kings in the 2 hours we were out. Now I am limited to weekends hoping to get one big bite! Herring strips can work quite well at times with the scent, especially during a tough bite. Cutting a full herring on the boat to fit into a bait head like this TriggerX bait head can work wonders. You can find whole herring at a local tackle store or possibly a grocery store or fish market.