For this fish I was casting custom made double blade bucktail (double size 9  blades but only 6 1/2 inches in length), so it has a small profile easy to work around thick weeds in Kawartha lakes yet a lot of vibration to attract musky. 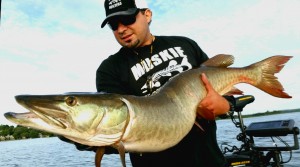 I find that 69F and higher a great water temp for these guys to be active, it was 73 at the time I caught this fish. I positioning the boat outside of a weed line away from the target-spot and I made casts both in and out in different directions and angles. If the water is deal calm I cast smaller swim-baits , and gliding baits such as Rapala Gliding Rap.  When it has a bit of chop I cast Bucktails. When winds are over 20 km as it’s hard to cast so I change to trolling.

When bigger lures don’t produce I downsize to spinner baits and smaller size 5 and 6 Blue Fox Vibrax. And I even fish smaller jerk baits. 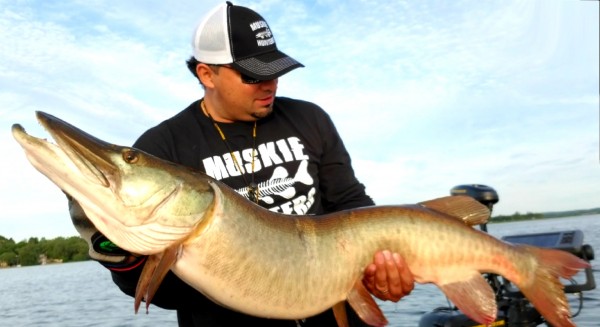