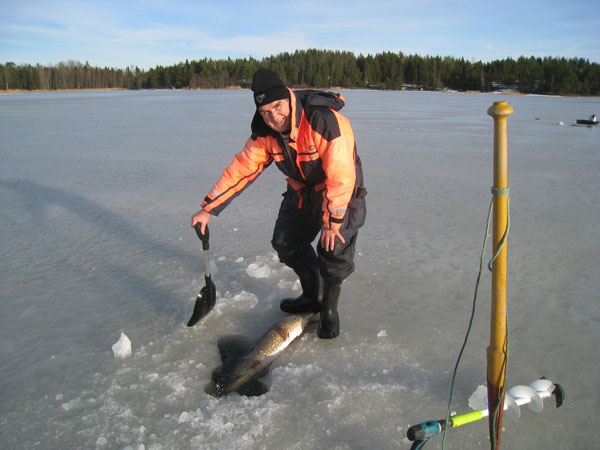 Our friend Jukka Leino who is one of Finlands top sportfishermen and who guided us while filming TV shows and 1hr TV specials in Finland is catching his share of pike through the ice. One of his favorite fishing grounds is in the Sea of Finland where the water is “brackish” (a mix of salt & freshwater). This is a vast area that is similar to the 1,000 islands in south-eastern Ontario, or the shorelines of Georgian Bay and because of it’s high latitude (almost at the same latitude as Ungava Bay in Canada), even these waters freeze. Notice the long “ice-spud” in the image above and the 6″ manual auger. Jukka travels light, he can easily cut holes fast & close together with the smaller diameter auger, and than he uses the ice-spud to connect the hole openings to create a large enough hole to land even the largest pike. 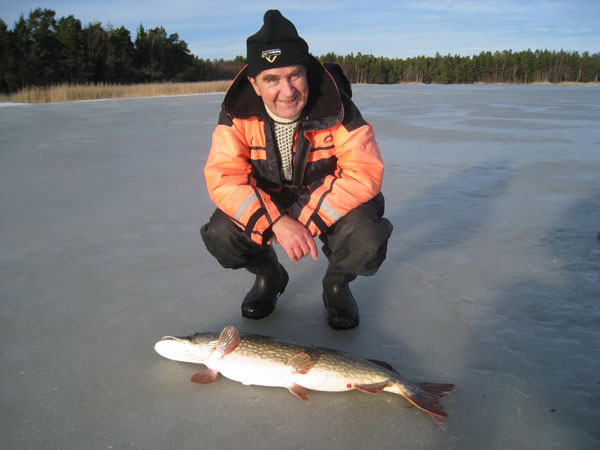 Because the water is brackish, there is a good population of herring which pike love to feed on. These herring grow large and are full of protein & fat which is one of the reasons pike in Finland can reach weights of over 40lb!