This monster 24lb 7oz tiger muskie – measuring nearly four feet long – was pulled out of an eight-inch hole by a shocked ice fisherman in the US.

Joshua Stratmann was fishing New York’s Otisco Lake when the fish gobbled up his shiner bait to set into play a 25-minute battle to land his fish of a lifetime.

Stratmann told local media outlet, Syracuse.com: “I had to reach into the hole and grab the fish by its gills. It took three tries. During the first two it fell back into the hole. The third time I got it halfway out, bear-hugged it and fell over backwards on the ice laughing – it was just wild!”

Although, grabbing media headlines, it is not the biggest pike to emerge from the ice at the same venue – a slightly bigger one was caught just days earlier.

Stratmann lured his best ever catch using a tip-up rig indicator and a five-inch shiner on the hook. 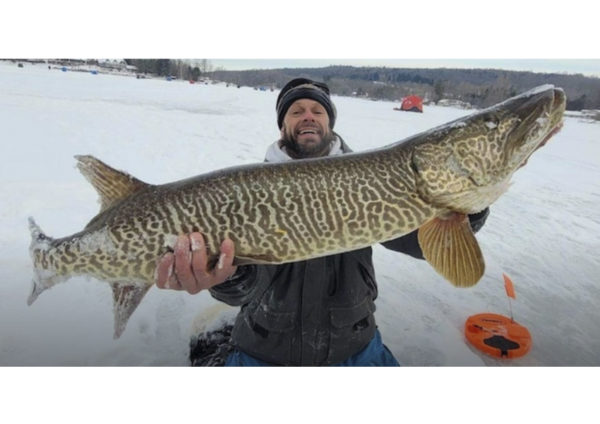