I have gotten to know so many dedicated and skilled anglers over the last 50 yrs. and have come to really appreciate the techniques and rigs they have developed over the years to consistently catch fish.

One that I wanted to share is Joe Debrrenceni, inventor of the TipNjig Total Ice Fishing System. Joe has fished for decades in the expansions of the St. Lawrence River, ON. One of his favorite waters is Lake St. Francis. For those of you that have had the pleasure of fishing it, you know that it’s a big “moving-lake” (the St. Lawrence River has a current indeed!!). Joe developed this bottom-bouncing rig that he fishes of the main lake channel in 15-30′ water. It has consistently landed him walleye and musky. The rig consists of a heavy bell sinker that is attached by a snap swivel to a secondary snap swivel which has a fluorocarbon leader, a few specific size beads, a small blade and a plastic worm hook rigged with a curly tail grub. He simply lowers the rig down slowly until he is on the bottom and trolls or drifts with it depending on the wind and current. Simple, no bait, but it has consistently produced fish for him over the decades! 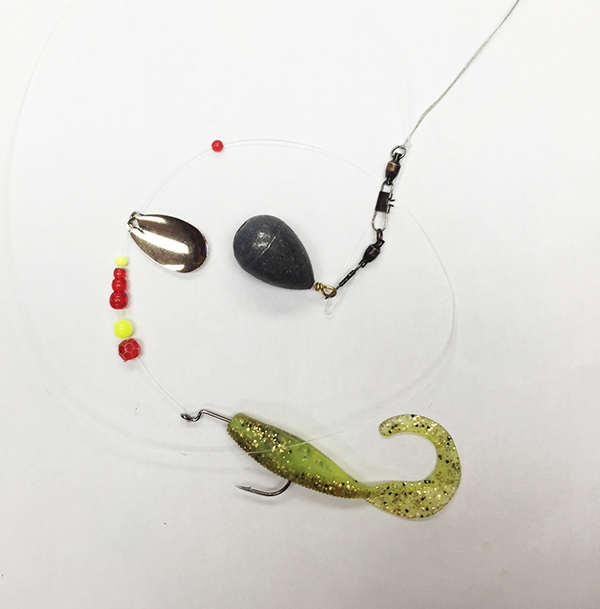