In addition to spending 3-intense days meeting fans and appearing at several of our sponsor booths, I am also making time to do some underwater and top-water filming for one of the most popular summer fish, the Red Grouper. 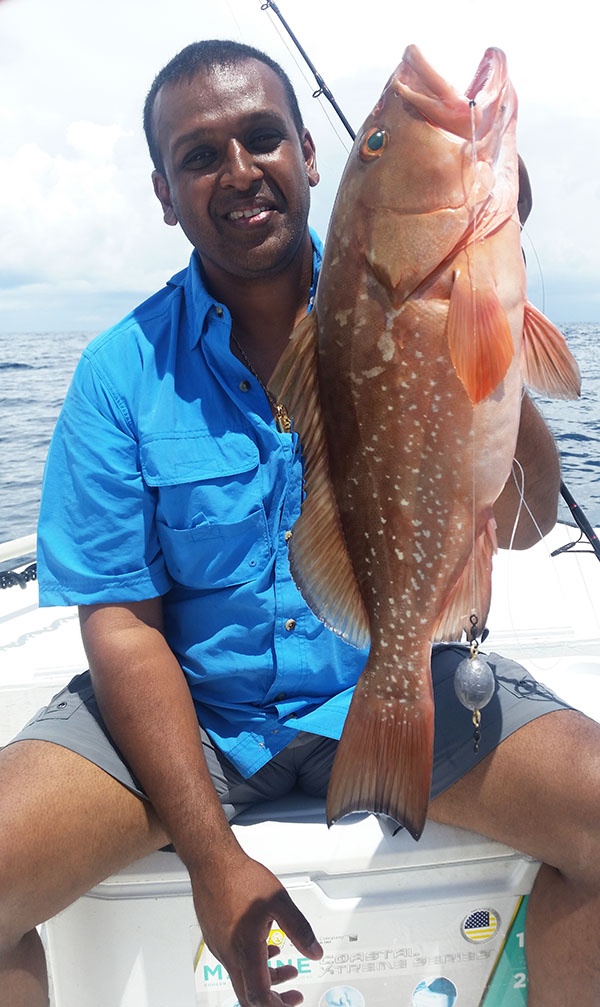 Michael Kumar and I worked several of the ledges and limestone “holes” to catch some nice eating-size Grouper. We used large chunks of Squirrel Fish for bait and on our last drift we noticed a crab frantically swimming on the surface. Michael grabbed our bait net as I guided the boat towards it and he scooped it. In a matter of minutes we hooked it up live on his rig and as soon as it reached the 70′ depth Michael had his biggest Grouper of the day! 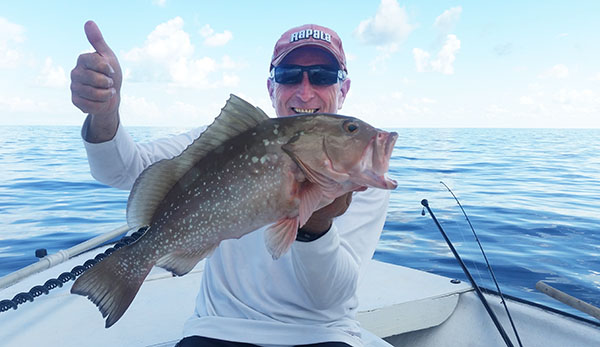