Increased demand for seafood has driven an expansion in aquaculture. However, 90% of commercial fish feed is made from food-grade fish such as sardines and anchovies that are edible to humans. To analyze the efficiency of aquaculture in terms of net nutrient production, researchers first quantified the volume of micronutrients and wild fish retained by fish-fed farmed salmon using 2014 data on Scotland’s farmed salmon production. They calculated the volume of micronutrients used as aquaculture inputs and compared it to salmon aquaculture nutrient outputs. Using these data, the researchers modeled several seafood production scenarios to assess potential sustainability benefits of alternative seafood systems.

The researchers found that in 2014, 460,000 metric tons of wild-caught fish were used to produce 179,000 metric tons of Scottish salmon. 76% of the wild-caught fish were edible for human consumption. The data also suggest that multiple alternative seafood production models would be more efficient in terms of net nutrient production, so could significantly reduce wild fish capture while increasing global seafood supply. However, these data were limited to only one year (2014). Future studies are needed to better understand how to operationalize a global shift away from farmed fish toward sustainable fisheries.

According to the authors, “Feed production now accounts for 90% of the environmental footprint of salmonid production. Allowing salmonid production to expand further via its current approach will place exceptional stress on global fish stocks already at their limit. Our results suggest that limiting the volume of wild-caught fish used to produce farmed salmon feed may relieve pressure on wild fish stocks while increasing supply of nutritious wild fish for human consumption.” 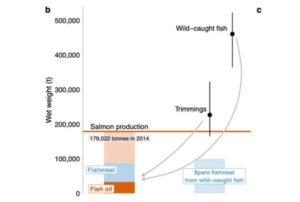 Farming Atlantic salmon requires a high volume of wild-caught fish as feed but produces only a small percentage of the world’s farmed fish supply. A study published March 1 in PLOS Sustainability and Transformation by David F. Willer at University of Cambridge, United Kingdom, and colleagues suggests redirecting wild-caught fish towards human consumption instead of salmon farming could relieve pressure on fish stocks while increasing seafood production.

The authors add: “Nutritious fish stocks are being squandered by salmon farming. Scientists reveal that eating the wild-caught fish destined for salmon farms would allow nearly 4 million tons of fish to be left in the sea while providing an extra 6 million tons of seafood.” 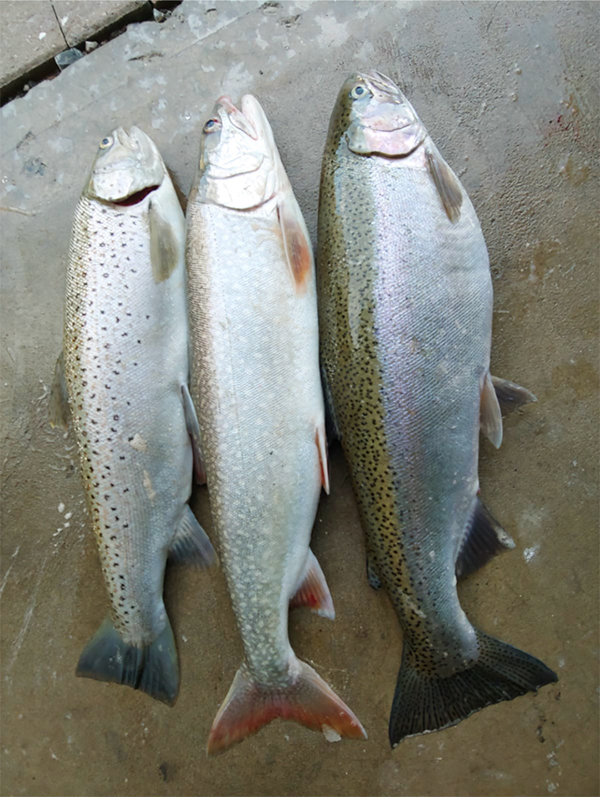