I have been looking at as much steelhead stocking information for the Ontario side of Lake Ontario and it is interesting. Besides the GTA, there is no longer stocking of steelhead (rainbow trout in OMNR&F terms). All the eastern tributary steelhead are left to naturally reproduce. 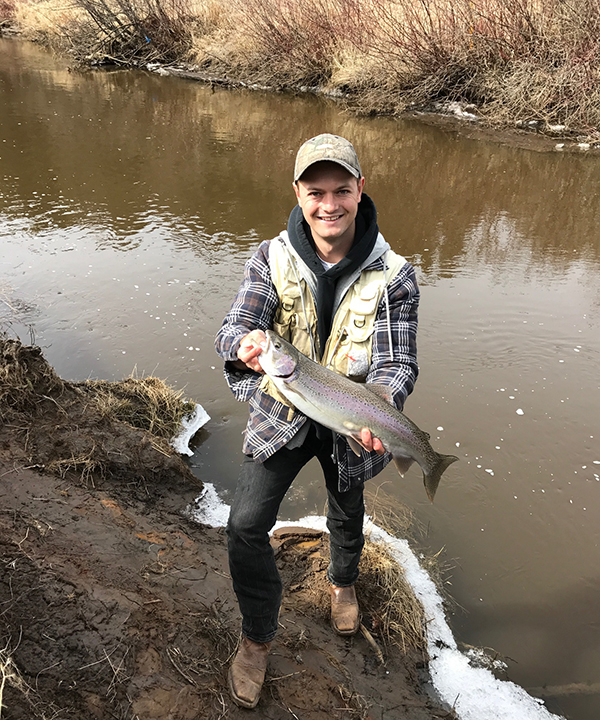 For example the population in the Ganaraska River is presently wild  but it has been on a decline from a recent high in 2013. There is no way to calculate the state of steelhead populations in the other eastern tributaries where there is no weir or fish-way to calculate amount of decline of fish populations. One thing we know for sure, the angler pressure is high on the Lake Ontario tributaries and there are less fish to catch. 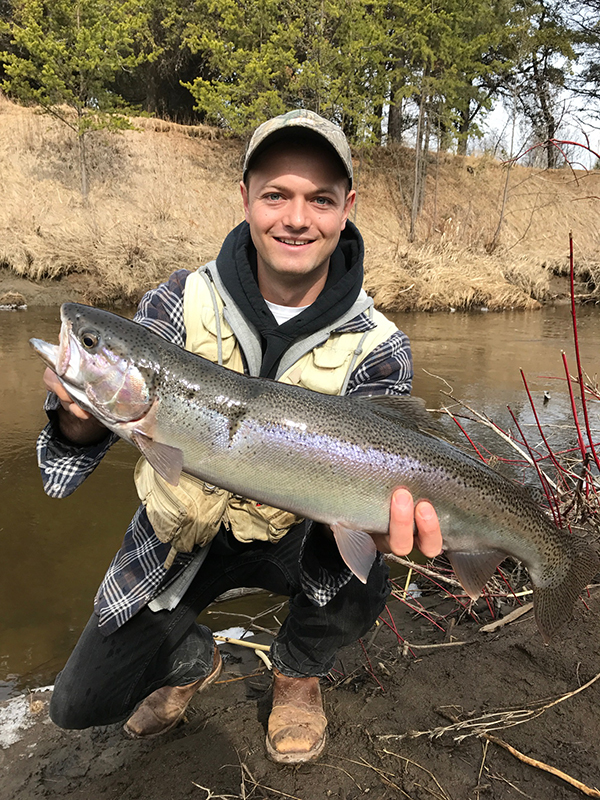 On Lake Superior north-shore tributaries there are only a few tributaries with adequate spawning grounds. Steelhead numbers are low, but there is substantial less angler pressure. Simeon Kubassek holds up one a few of the steelhead he has been able to catch & release fishing “light” pressure tributaries on Lake Superior’s north shore. 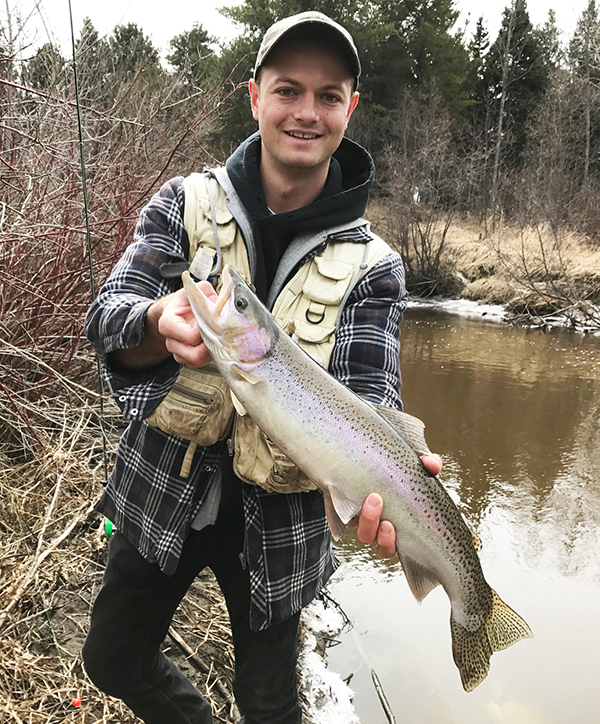