WILSONVILLE, OR (February 15, 2017) – We are pleased to announce an all-new family of Raymarine MFDs called Axiom, game-changers poised to shake up the marine electronics industry. 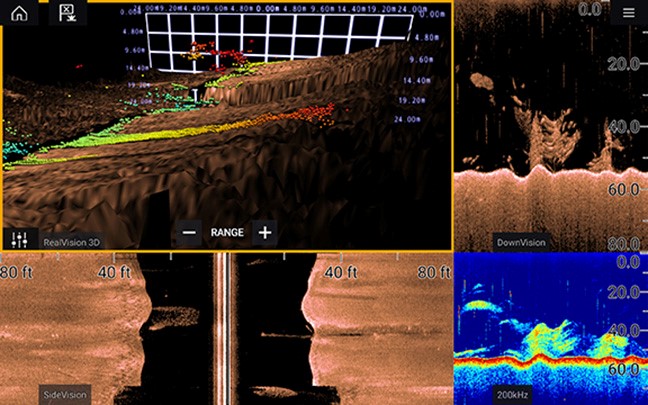 Consider the Merriam-Webster definition of “axiom”: “a statement accepted as true as the basis for argument or inference” or “an established rule or principle or a self-evident truth.” The word is derived from the Greek axios and Latin axioma meaning “something worthy.”

RealVision 3D Sonar represents technology anglers have been asking for since day one – the ability to see what’s below, behind, and to the sides of the boat, all at once and in three-dimensions. With blazing quad-core processor performance, RealVision 3D displays the entire underwater world—including structure, cover, fish and forage—in stunning detail. The user can readily pan, tilt and zoom the 3D image to examine from any angle, even from unique POVs like standing on the lake bottom and looking up to the bottom of the boat.

See a piece of cover you want to explore? Or perhaps a large group of bottom-hugging fish or roaming pelagics? A simple tap on the point-of-interest anywhere in the three-dimensional space allows easy waypointing that appears immediately in chart view.

Yes, via Axiom, Raymarine brings anglers a whole new way of looking at underwater data and endless customization to meet individual needs, all from one all-inclusive transducer, no black box required.

Second only to draining a lake, RealVision 3D finally gives anglers, divers, search and rescue teams, and boaters a true, easy-to-understand view of bottom topography, debris, and fish. The missing link between sonar, chartplotting, and side- and down-looking technologies has arrived, providing users with a comprehensive and true representation of what’s below.

Raymarine engineers listened to customers who asked for a more powerful and intuitive user experience. The result? LightHouse 3, a fast, fluid, and easy-to-use interface that puts you in complete command with just a few touches. LightHouse LiveView Menu Controls allow users to easily customize the chart and see the navigation display change in real time. The addition of Smart Context Windows and New Chart Modes provide uncluttered menus with quick access to Simple, Detailed, and Fishing chart modes.

One feature of marine electronics often overlooked is the processor, which dictates the speed and ease when running numerous features at once. At the heart of each Axiom unit is an integral piece of hardware: a quad-core CPU. This allows the user to boot up quickly, as well run numerous screen views simultaneously with multiple windows, databoxes, real-time adjustments, all while Axiom is running numerous background tasks. 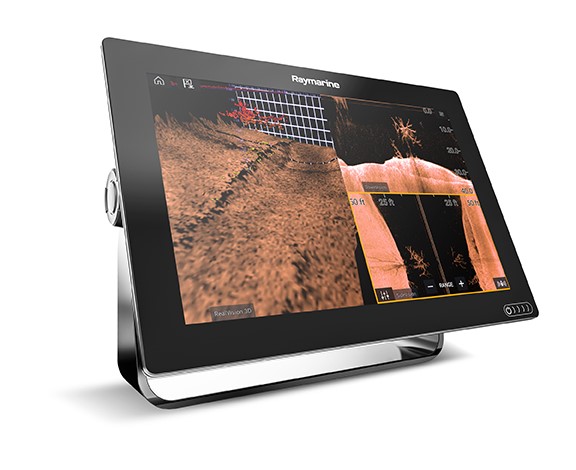 This entry was posted on Thursday, February 23rd, 2017 at 10:00 am and is filed under News. You can follow any responses to this entry through the RSS 2.0 feed. You can leave a response, or trackback from your own site.