Most tributary and in-land stream anglers will use bait to catch their steelhead or brown trout. Roe bags are the standard bait for steelhead, while garden or dew worms the go-to bait for in-land Brown Trout. 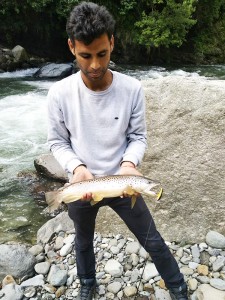 Some anglers though know that small crankbiats and spinners can be deadly for both and especially for in-land Browns. Puneet Saini who fished the Himalayan trout streams in Himachel Pradesh, India had been doing well fishing the Rapala CD in the Scatter Rap lip. Some fishermen might think that a lure this size would not work well fishing in a small stream, but Puneet clearly shows you they work well! 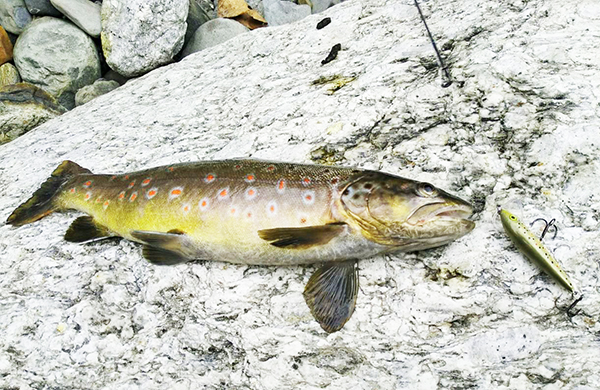