Steelhead are starting to enter the rivers now, and they can be caught off the piers and in the lower sections. Steelhead can also be caught ice fishing on rivers that still have safe ice in the lower stretches. I have been out a few times recently, and I met some great guys on my last trip. We shared some ice and laughs together, and had some good action ice fishing for chrome. Marko, Chris, Lou and Phil were a blast hanging out with ice fishing for steelies. We had one ice rod set-up in a rod holder, and another longer rod with a centrepin. Talk about fun with a hot steelhead going berserk beneath the ice when hooked! 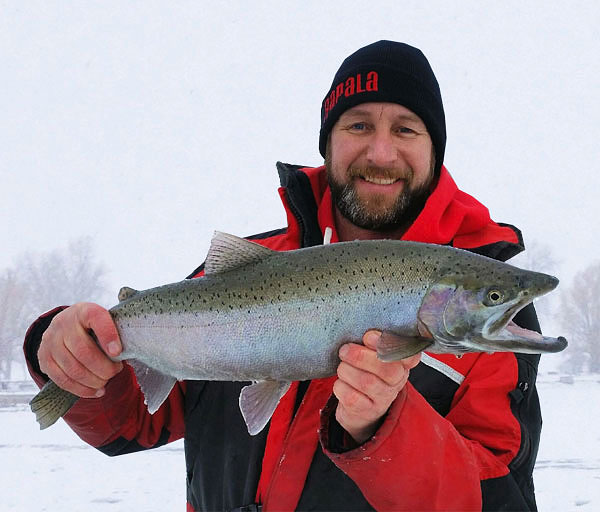 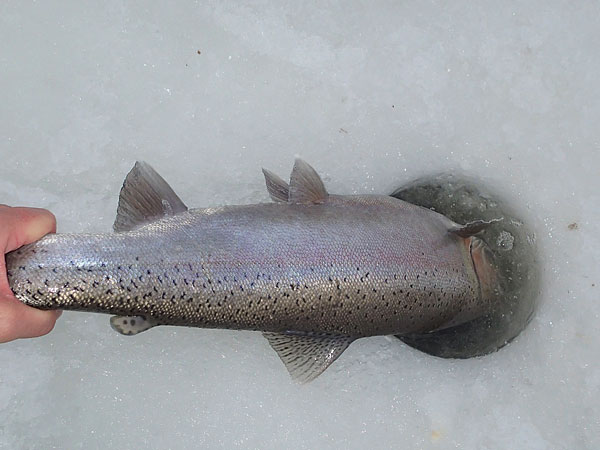 I have been trying a few methods ice fishing, but the simple approach seemed best in the slow current. Fishing a drop shot rig on a medium action Rapala RType rod spooled with 8lb Sufix Siege line on a Kaos reel with minnow 6-inches above the weight worked well. I let a few inches more line out after the weight hit bottom so that the minnow can swim around a bit to entice strikes. The second 5- to 6-foot rod with a centrepin, 8lb Sufix Siege, small weight and a roe bag tied with floaters also works great. The method is sit and wait with the one dead stick either with a minnow, Kwikfish or roe bag. The long rod is good either dead-sticked or jigging the roe bag slightly by bottom. There hasn’t been enough current to activate the Kwikfish, but there will be soon if not by now. The Kwikfish set up under the ice can be the most deadly rod going with the right current. Some large split shot just up the line from the Kwikfish will take it down to the bottom. A float set up with roe or a minnow can also work well. 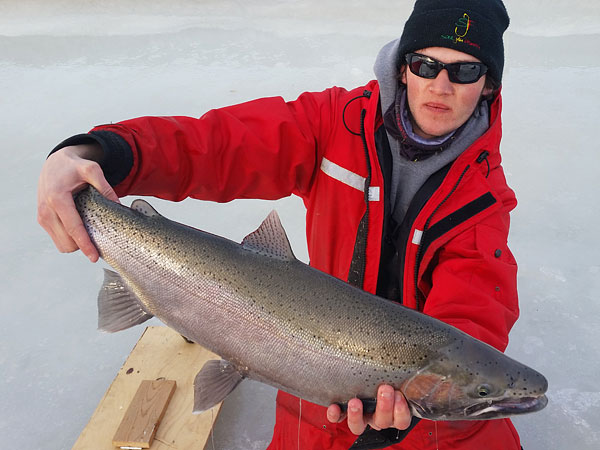 Chris with some nice steelies on the ice! Look at that rod bend with the centrepin! 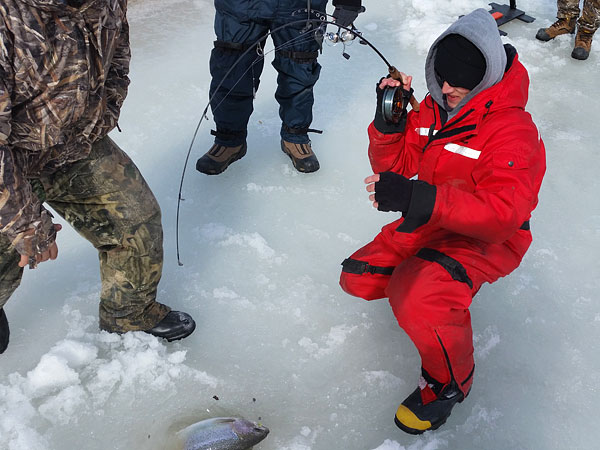 Water anywhere from 12” under the ice to several feet should be good. Punch a lot of holes and move often if you are not getting fish. They typically come in spurts and everyone around hooks up for a bit, and then it dies again as fish move through. If you venture out onto the ice on the lower stretches of rivers, be careful, as ice conditions can deteriorate quickly when the current begins to pick up and erode the ice with warmer weather. I recommend a floater suit with ice spikes in a pocket. This winter made thick ice, and it should be good for at least another few days to a week or more on some tribs.

Pier fishing can also be good floating roe, worms or minnows, or a dead stick on bottom with roe bags with floaters in them. You can cast to them with Kwikfish and minnowbaits as well such as Storm Thundersticks, Rapala jointed BX Minnows, Clackin’ Raps etc. Spoons can also work well as can spinners. 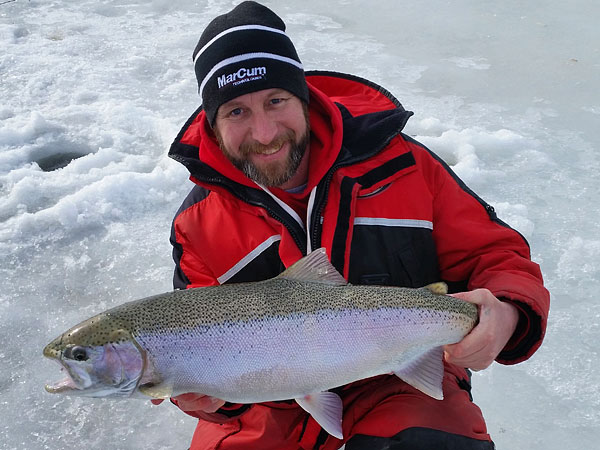 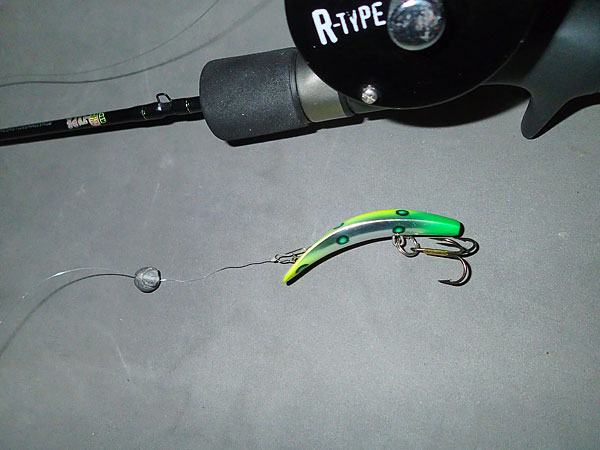 Good luck if you make it out for some early action steelhead fishing. Spring is coming!
Good fishing!
Aaron