How big can Burbot get in Canada?

On the morning of Saturday, March 27, 2010, Sean Konrad pulled a 25.2 pound burbot from the waters of Lake Diefenbaker in Saskatchewan, Canada. Pending certification, the fish, a freshwater cod (Lota lota), will be recognized by both the International Game Fish Association and the National Freshwater Fishing Hall of Fame as the new all-tackle world record for the species.

Burbot are also know as eelpouts, lawyers, and by other common names. Konrad caught this one at 9 a.m. in 18 feet of water. “My brother and I came here with the intention of catching a world-record burbot. I specifically drove six hours to the right part of the lake at this time of year because this is when these fish spawn and the big females come to shore to lay their eggs,” says Konrad. 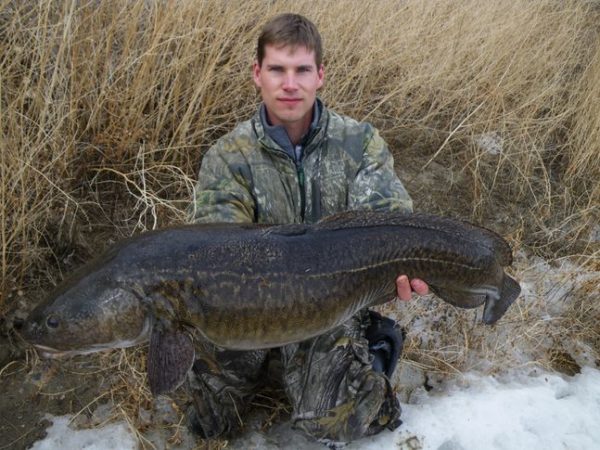