I was able to get out on New Years day with my friend Tony. We were both excited to hit the first ice of the year for lake trout and whitefish. Although it started slow for us in shallower water, we moved around a bit and the third time was a charm in over 100-feet of water. We marked good activity on the Humminbird and set up shop. We had constant action from lake trout, and even a whitefish made an appearance. It is so fun watching the reaction from a fish on sonar, then watching it either hit or refuse your lure on screen. We are totally addicted to this real-life video game that results in a fish!

Although we only iced 7 fish, we lost many more and had constant activity and bites that kept us busy. I believe a lot of the lost fish were a result of my aggressive technique reeling away from the fish as fast as I could with a pause once in a while. The fish that did catch the Rapala Rippin’ Rap inhaled it. Tony got onto a good bite n a goby coloured swim bait as well as a Snap Rap. It was such a fun day, both of us can’t wait to get back out there! 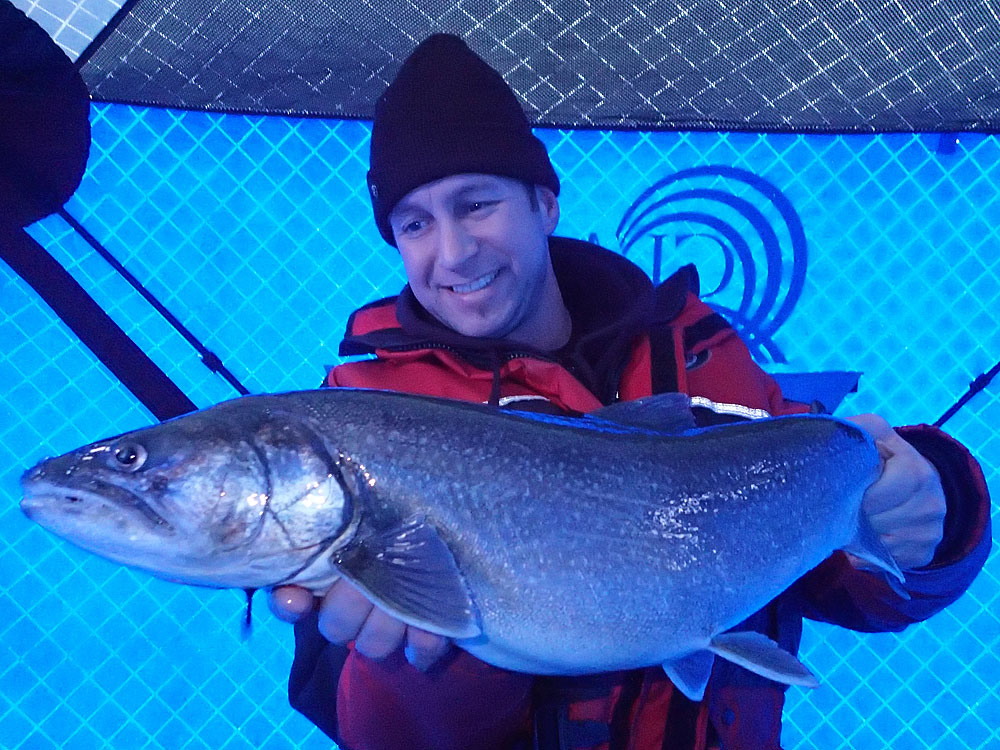 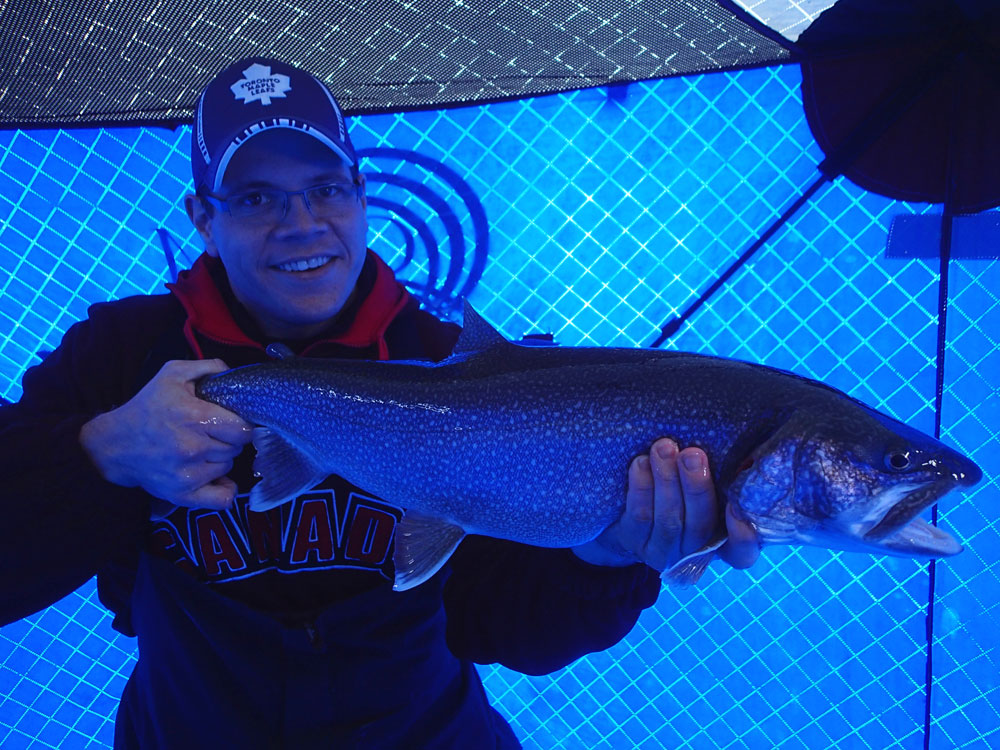 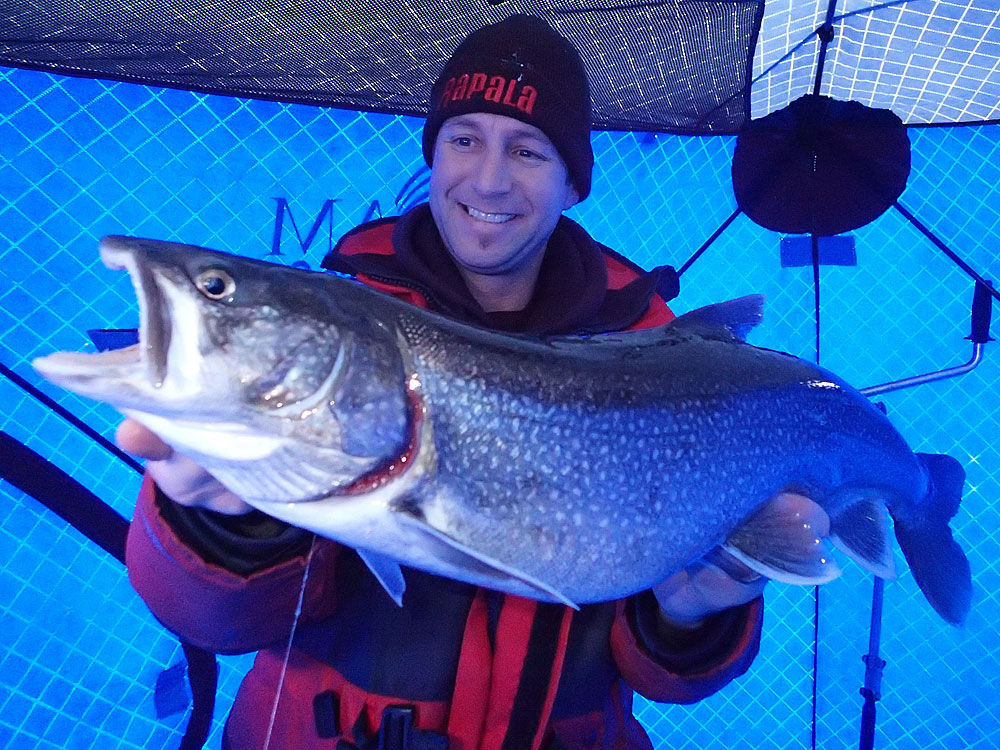 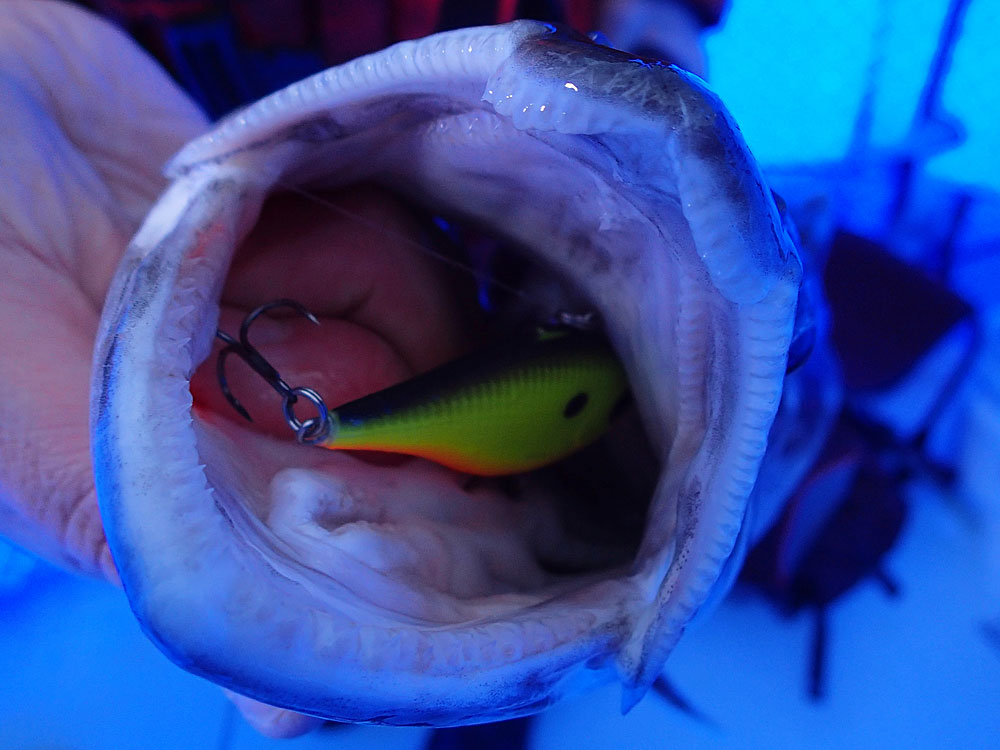 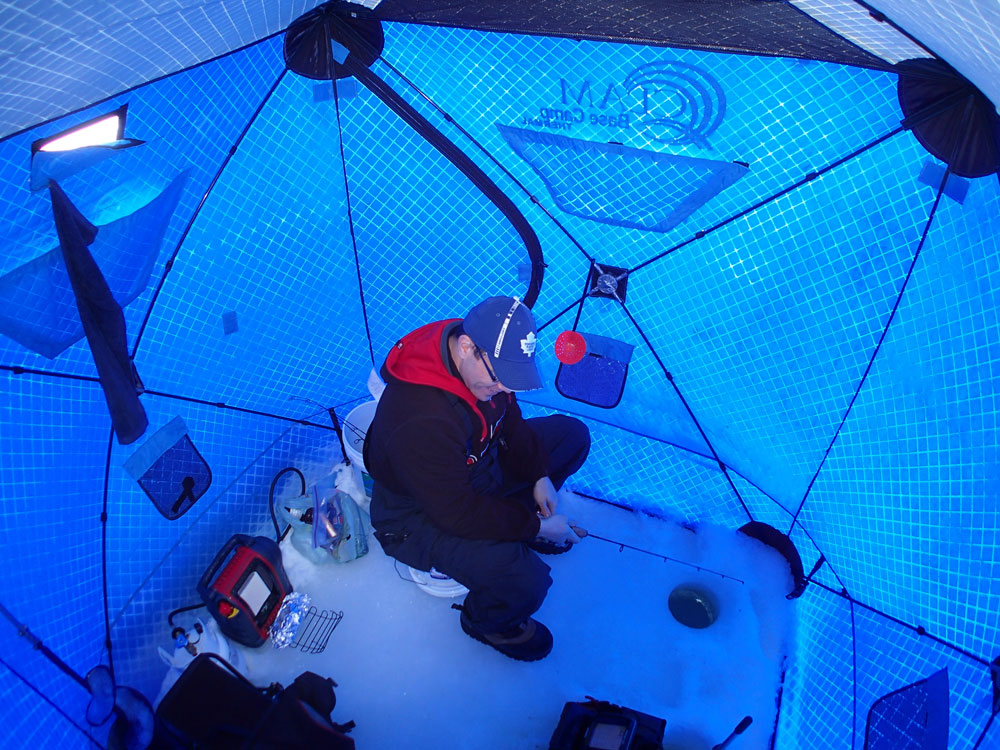 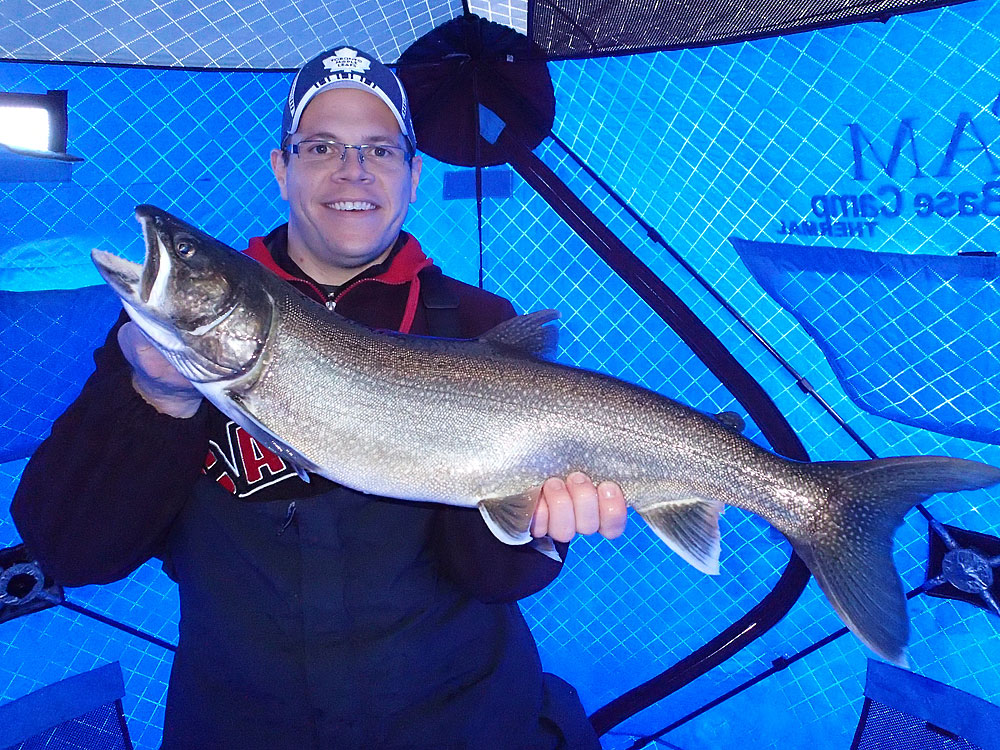 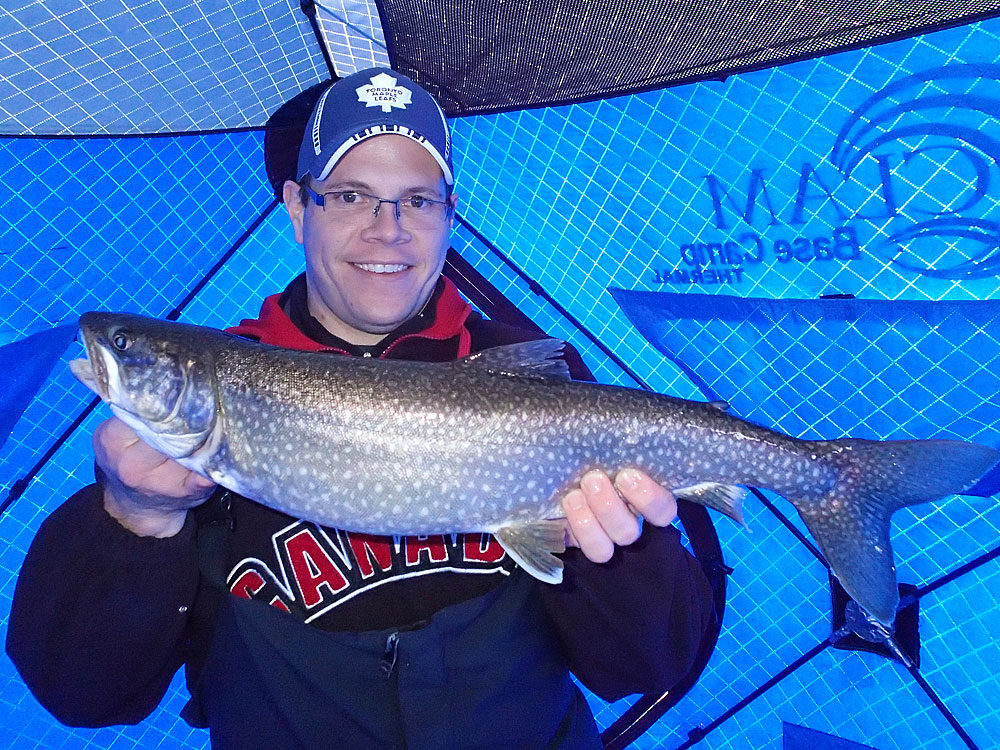 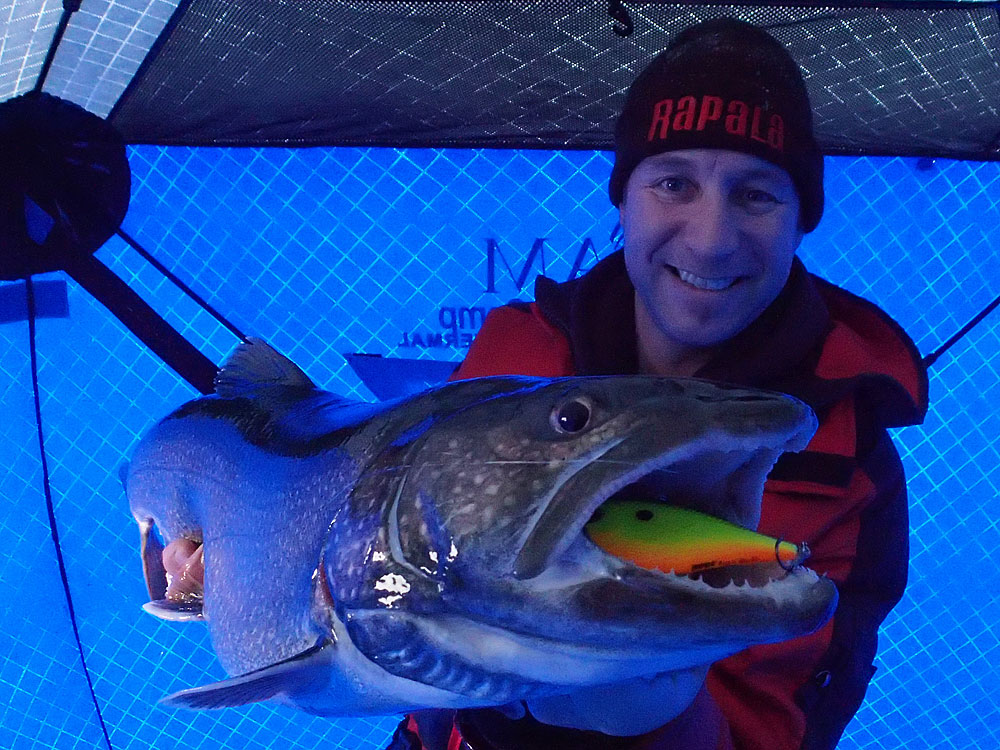 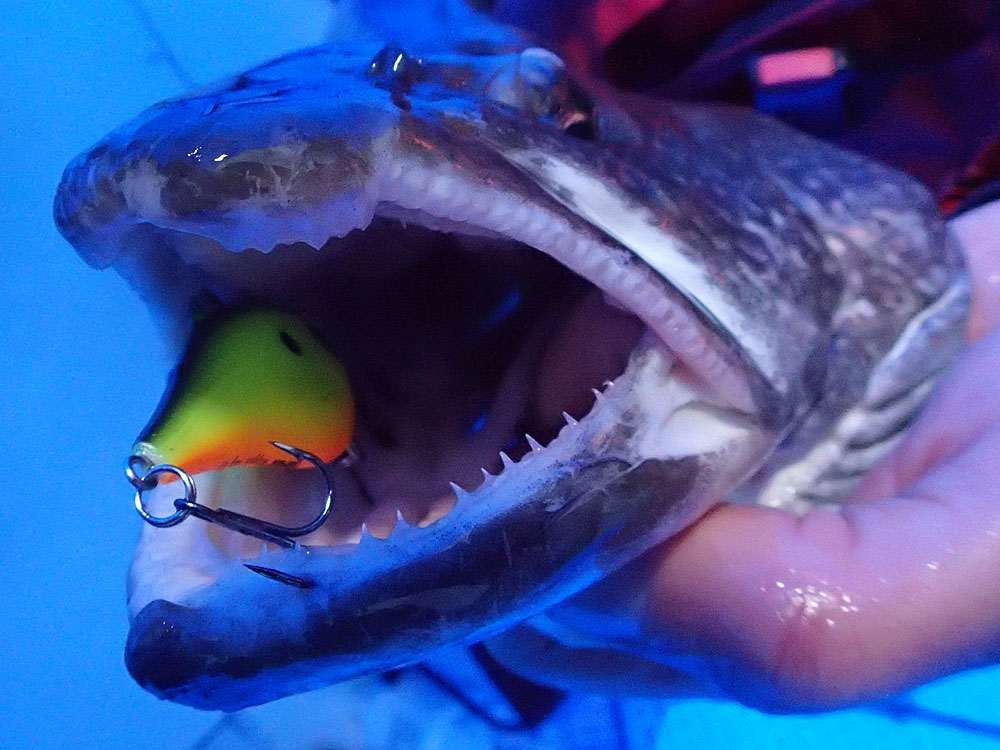 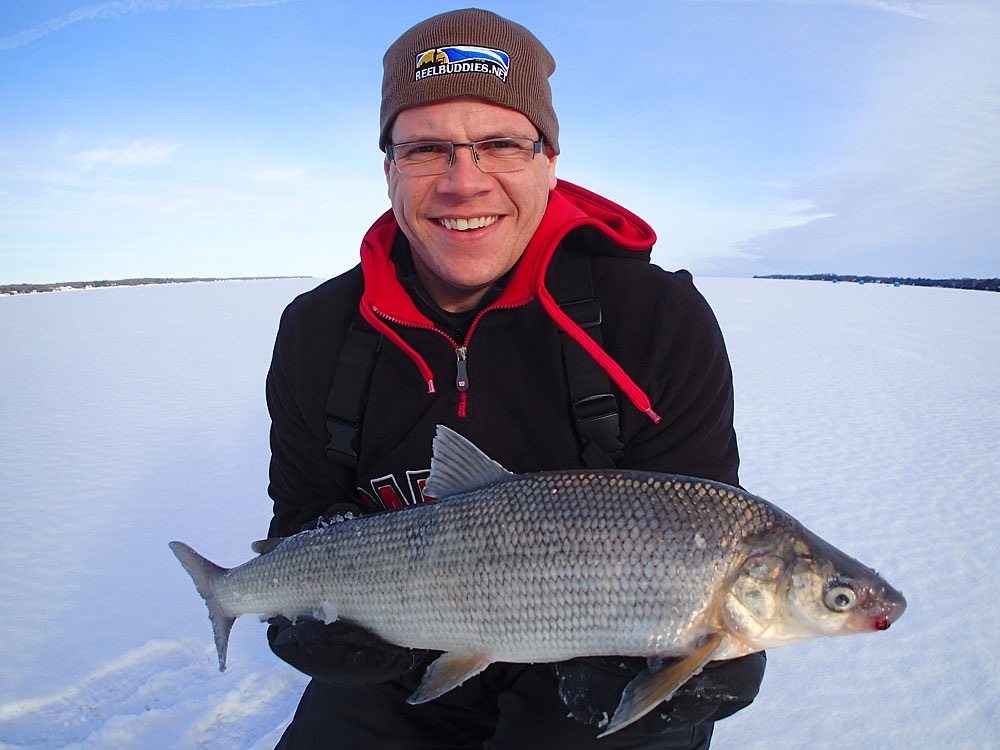 The ice is mostly safe with several inches of black ice many areas, and even 4″ of black ice with another 2″ of white ice on top in others. There is always the possibility of thin ice in some areas, especially with current or further out into the main basin of the lake. Be safe out there and wear a float suit and carry ice picks. There are machines driving around some areas on the lake already. Hopefully this year will be a good ice year, and we can drive our vehicles out by the end of January.

I used a Rapala medium ice rod and RType reel spooled with 8lb Sufix line. Rapala Rippin’ Raps were hot, and Snap Raps and Swim Baits were also good. The presentation was to pound the bottom a bit with the lures, then raise it off bottom approximately 10-feet. An aggressive reel up, pause and repeat was a great trigger to get bites and follows.

This is just the beginning of the ice season, and I look forward to spending many more days on the hard stuff this winter! Get out and enjoy it now!