The Gulf of Mexico, Florida has been windy most of April, but we have managed to get out on several locations to catch a nice variety of open-ocean gamefish. 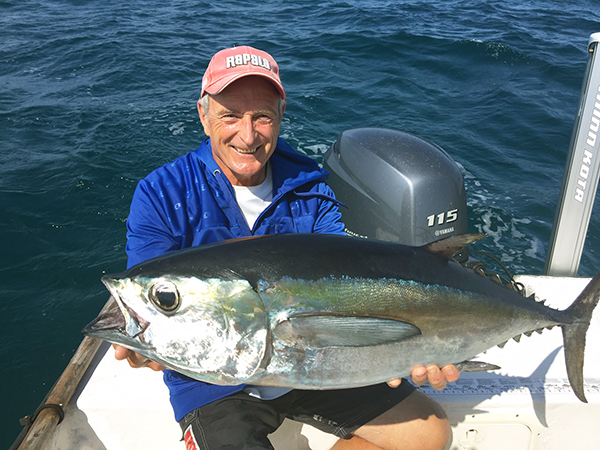 Tuna are one of my favorite fish to catch on light-action gear and I was not disappointed with this large Blackfin Tuna that smashed a Cigar Minnow fished just below the surface free-lined in 50′ of water. My favorite gear to catch these fish with is the Rapala Bentho speed jigging reel matches with the Rapala RSC speed jigging rod. 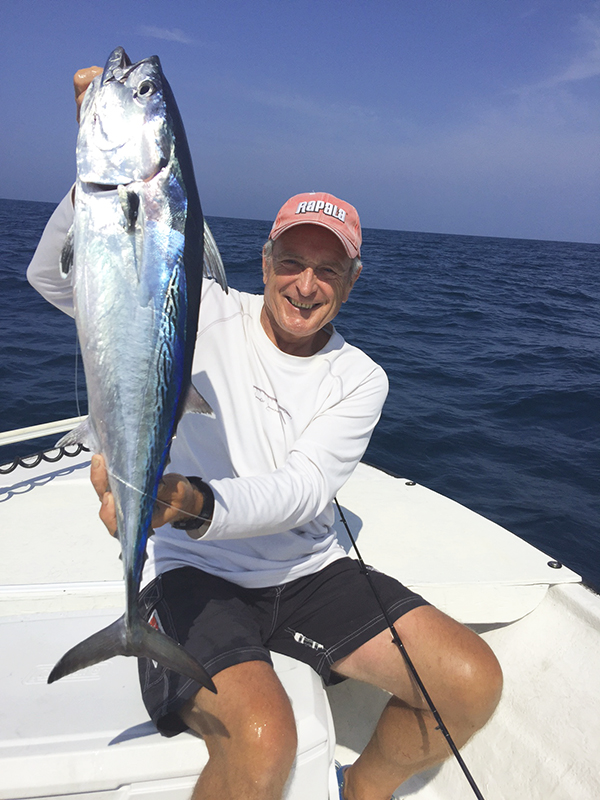 The other species of tuna that we enjoy catching is the Bonito. While the Blackfin has lighter colored meat and is ideal to quickly sear and serve with Wasabi & Soya sauce, the Bonito is has meat color similar to beef but still tastes great pan-seared or deep-fried. I normally marinate the Bonito in vinegar for about 1/2 hr. before cooking which takes any strong taste away. 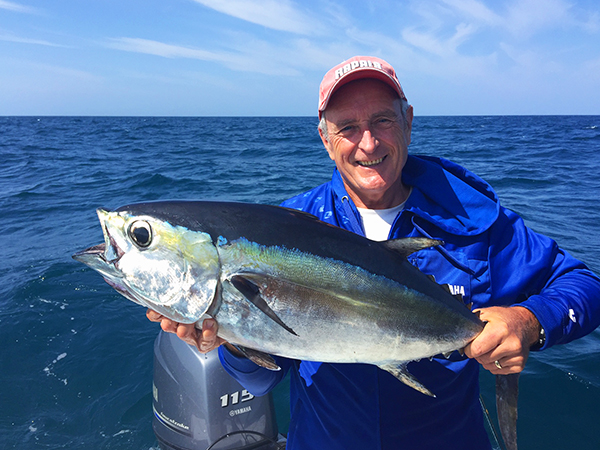