If you fish walleye you know that they are a species that is almost always on the move! After spawning when the season opens they can be caught in rivers and shallow water. After spawning they usually hold in deeper water, recuperate and in a week or so start to move again and begin feeding.  As the season progresses they can travel throughout a lake feeding from the bottom to feeding suspended in open water. 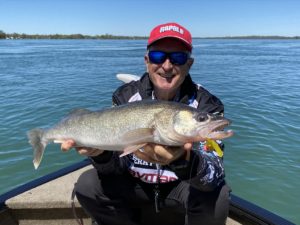 This is especially true for Great Lakes Walleye. Each spring I have a blast targeting post-spawn Walleye by jigging on in rivers, on flats and shallow structure where they look for Goby, small Perch and Emerald Shiners that feed in the shallower water.

As soon as they put on some weight and water temperatures warm up they again start to cover water and take advantage of more plentiful forage as it presents itself. This could include crayfish, leeches, invertabrates, and different types of baitfish. That’s when anglers will do well to troll in search of fish and cover different depths. 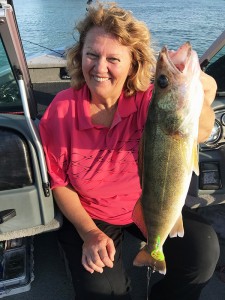 By mid-summer Great Lakes Walleye either move along weedlines that are in deeper water, cruise into bays that have plenty of smaller panfish and feed suspended in the open water. That’s when anglers employ downriggers and diving devices such as Dipsey Diver & Jet Divers to locate their fish. 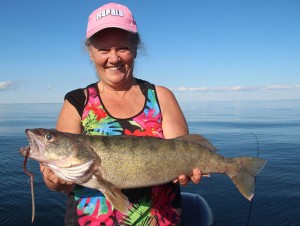 Worm harnesses, body baits and fluttering spoons can all work well then. As water temperatures drop Walleye will make a similar migration to shallower water as they did for their spawning run in the spring, but in the fall it’s a feeding run! 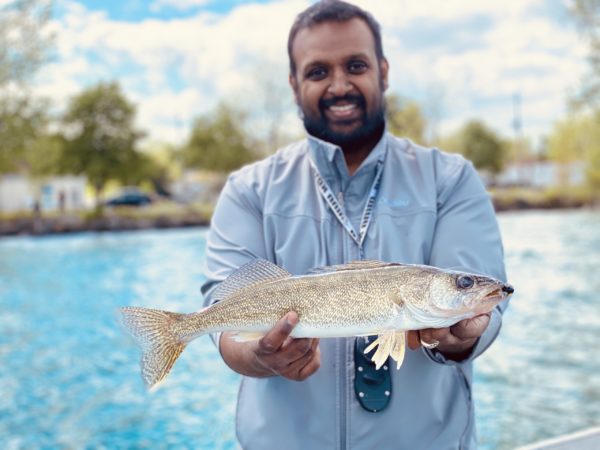