While many steelheaders are taking advantage of fall rains and fresh steelhead running up the Lake Ontario tributaries our good friend Michael Kumar had been catching jumbo perch fishing the same waters. 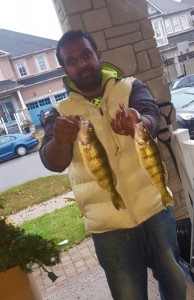 Those two jumbos he is holding up are just a couple of fish from a nice catch he brought home to treat his Dad who loves to eat fresh perch. He caught his fish close to anglers catching steelhead in a Lake Ontario tributary harbor. The only difference as that he was fishing a 2 1/2″ Lunker City Fin-S Fish on a 1/8 oz. jighead while the other steelheaders where drifting roe bags. All of the Lake Ontario marina basins and triburary mouths attracts migrating jumbo perch in the fall. It’s all a matter of timing and intercepting them when they move in. 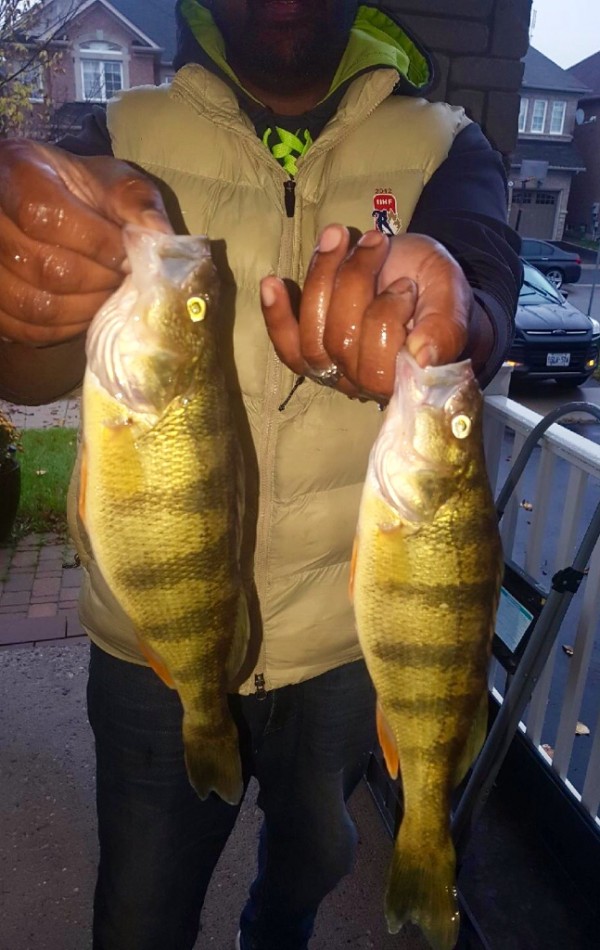