Aldo Nava of www.niagarafishingadventures.com and I took advantage of the mild weather and did some “tributary-hopping” on some of the smaller streams. Many anglers target the most popular tributaries that get heavy pressure, but today we “bush-wacked” and fought brush and muddy conditions to catch some fresh-run fish. 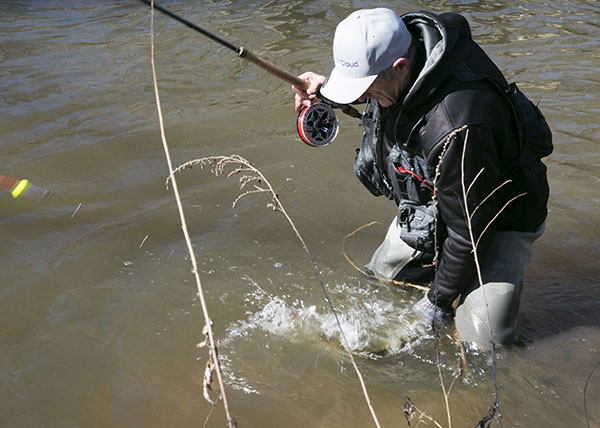 In one case we covered over 2km of stream literally drifting any runs that had at least 2-3′ of water. We ended up hooking 5-nice steelhead. It was a lot of work, but very satisfying. 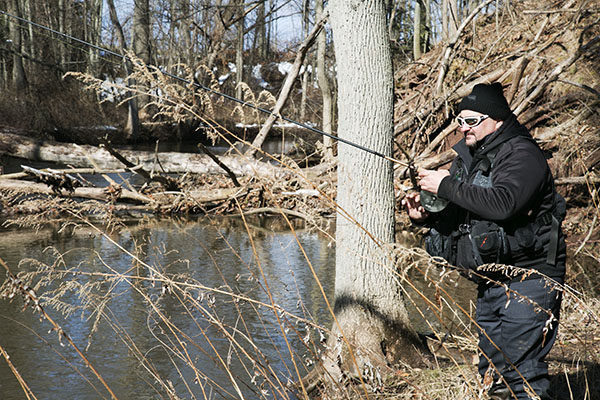 Some of the fish were hooked near thick log-jams & others within 10′ of Lake Ontario. 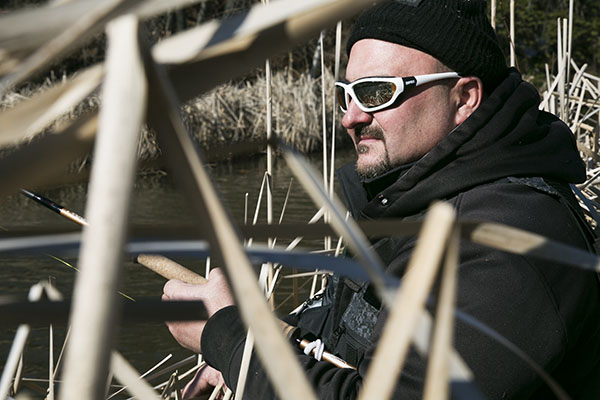 We both had to use “stealth” before making our drifts so we would not spook any holding fish. 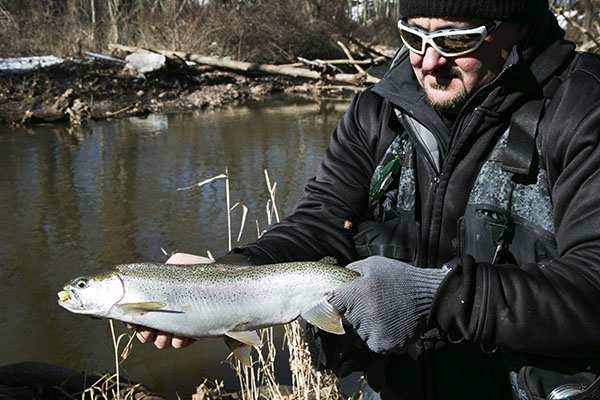 It really brought back memories for both of us when we used to fish small tributaries like this in our younger years! 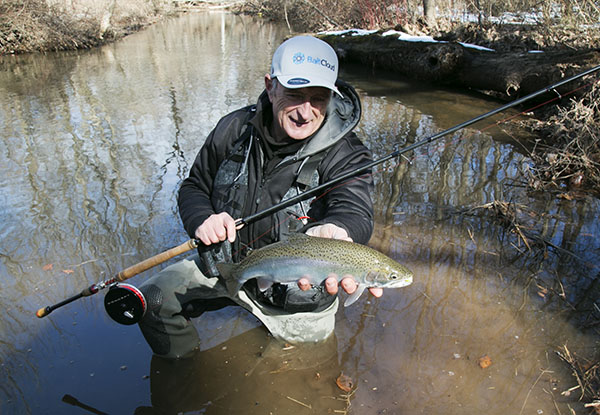