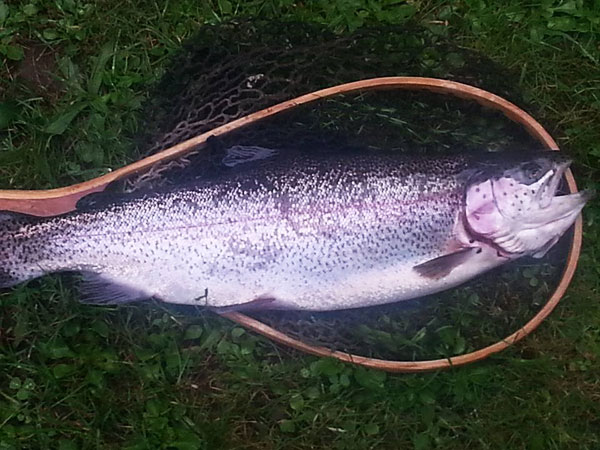 Wayne Sheridan reports: River levels were very low and clear, the first few weeks of May and the varying temperatures caused a lot of confusion for the fish. We didn’t get a chance to do much fishing during this time but started back during the May 24 weekend. As we reported on opening weekend, we had cast out to a spot where we knew a trout would be feeding and it jumped up and wagged its tail at me and swam up river. That was its big mistake! By the May 24 weekend, it had returned from spawning and was back at the same location. We cast out and on the first cast caught him, a beautiful 5lb rainbow (a fishing tale/tail).

Wayne’s Fishing Tip of the Week: Many times I observe other fishermen using large hooks while fishing. Personally I use the smallest hook that I can, usually a number 8 size when using a minnow or worm. There are two reasons for this: you can hide the hook easily in the worm, so that it isn’t visible, and secondly it has less effect on how the bait tumbles down the river or lake. Remember: hide that hook and you will catch more fish! 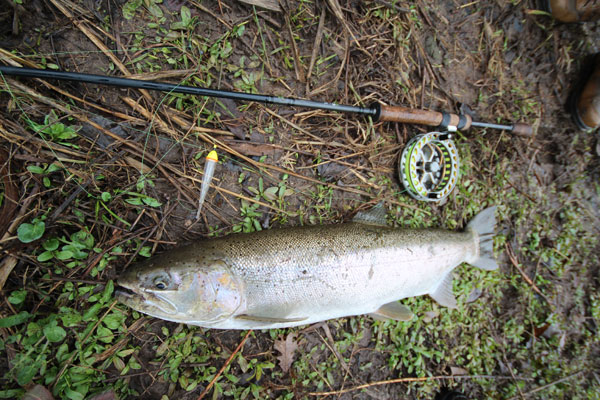