The following is an excerpt from the company’s official statement:

“Today’s action is the result of an in-depth review of the company’s strategic options undertaken in recent months to preserve the value of the company and position it for long-term success. Like many retailers, Gander Mountain experienced challenging traffic patterns and shifts in consumer demand resulting from increased direct-to-customer sales by key vendors and accelerated growth of e-commerce. Despite aggressive actions to improve the efficiency of the company’s retail operations and support functions, the underlying financial impact from underperforming stores and unproductive, excess inventory hampered efforts to create a sustainable path forward.

“The company’s strategic review yielded the following conclusions: A narrowly focused and lower cost operating model is necessary to position the company for profitable growth; The company does not have the financial capacity or time to reset its operations to fully implement the new model and, as a result; The best available path forward is to sell the company on a going-concern basis.”

According to the Minneapolis Star Tribune, company officials expect to hold an auction in mid-April with an anticipated closing date of May 15.

Gander Mountain previously filed for bankruptcy protection in 1996 when it operated 17 stores. Until 2008, the company was unable to publish a catalog or create a website thanks to a $35 million licensing deal with Cabela’s, who purchased Gander’s catalog business during that year. Friday’s filing listed $500 million in liabilities, with one unpaid vendor—California’s Vista Outdoor Sales, the parent company of Federal Ammunition—owed $15 million. Other unpaid vendors include Pure Fishing, Normark, Carhartt, Smith & Wesson and Remington.

According to TwinCities.com, the following stores are slated for closing:

Overton’s, Inc., a North Carolina-based online retailer of recreational boating equipment owned by Gander Mountain since 2007 is also included in the Chapter 11 filing. 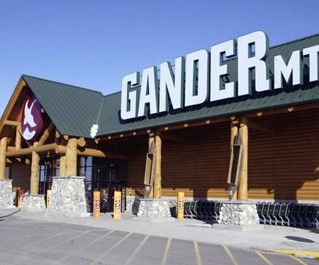 This entry was posted on Saturday, March 18th, 2017 at 11:00 am and is filed under News. You can follow any responses to this entry through the RSS 2.0 feed. You can leave a response, or trackback from your own site.