Fun Day on the Niagara

A friend of mine Tony joined me for a day fishing the Niagara River. Our anticipation was high with the day I had previously, as we launched the boat. We immediately noticed the water colour was pretty dirty. WE hoped for the best, and started drifting. After many drifts without a fish, we moved around a bit. We moved above the hydro dams but it was still slow. We eventually made it up river to some turbulent white water where we hooked up with a couple steelhead. It was slow the entire day, and we worked hard for a half dozen bites. The sun was shining and the weather was perfect, which made up for the slow action. Every day can’t be a banner day, and we wouldn’t appreciate the banner days without some slow ones. 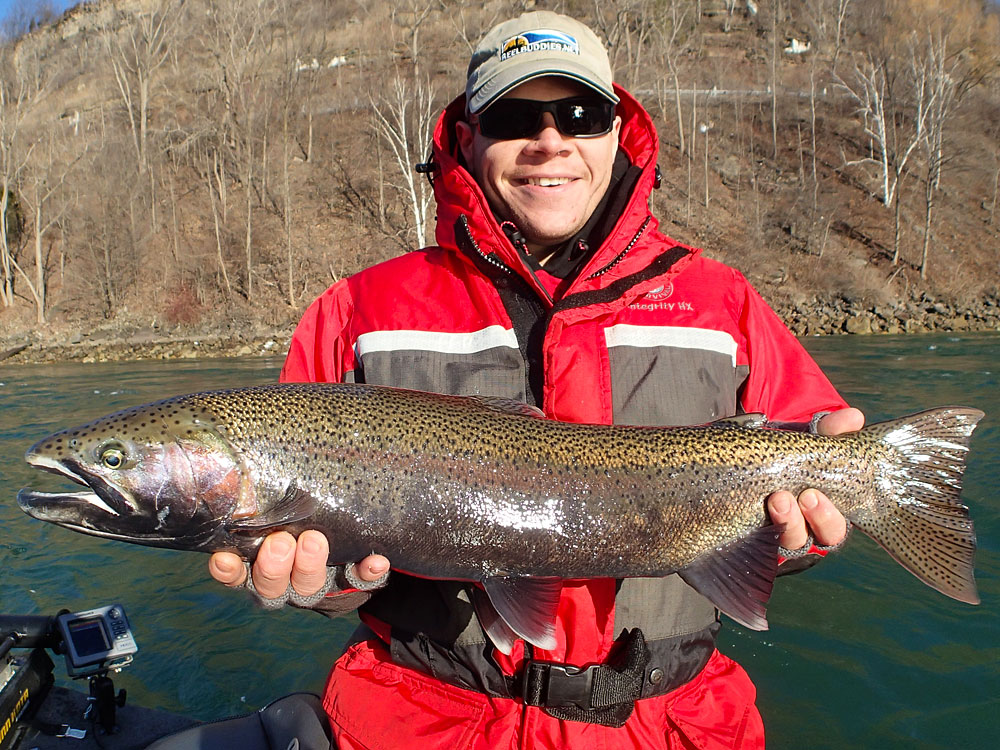 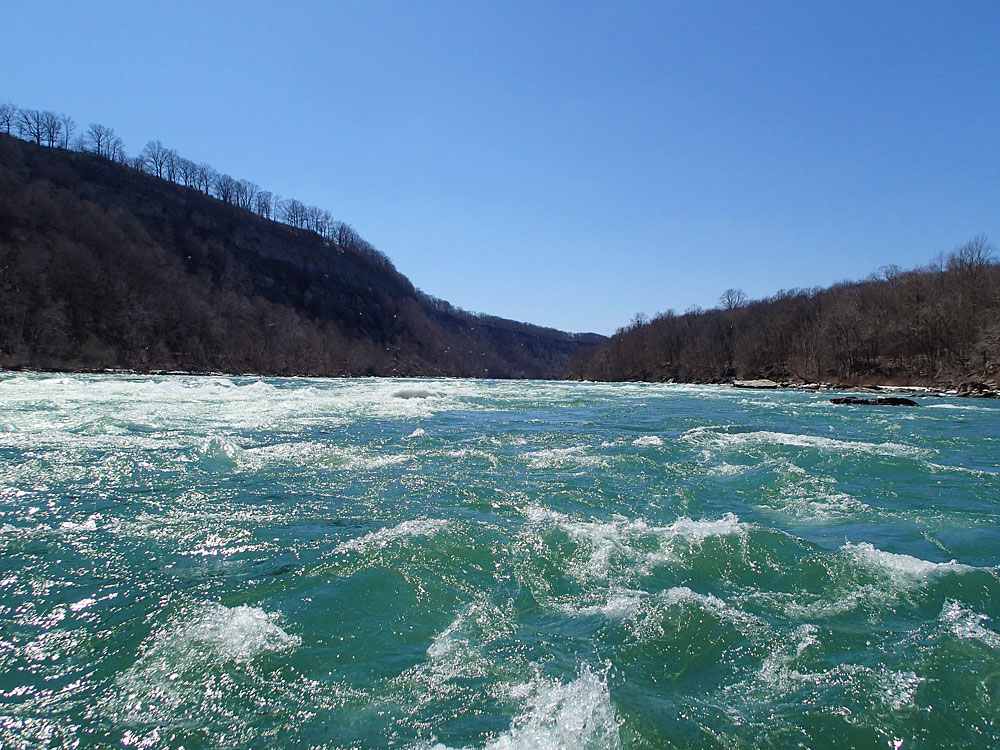 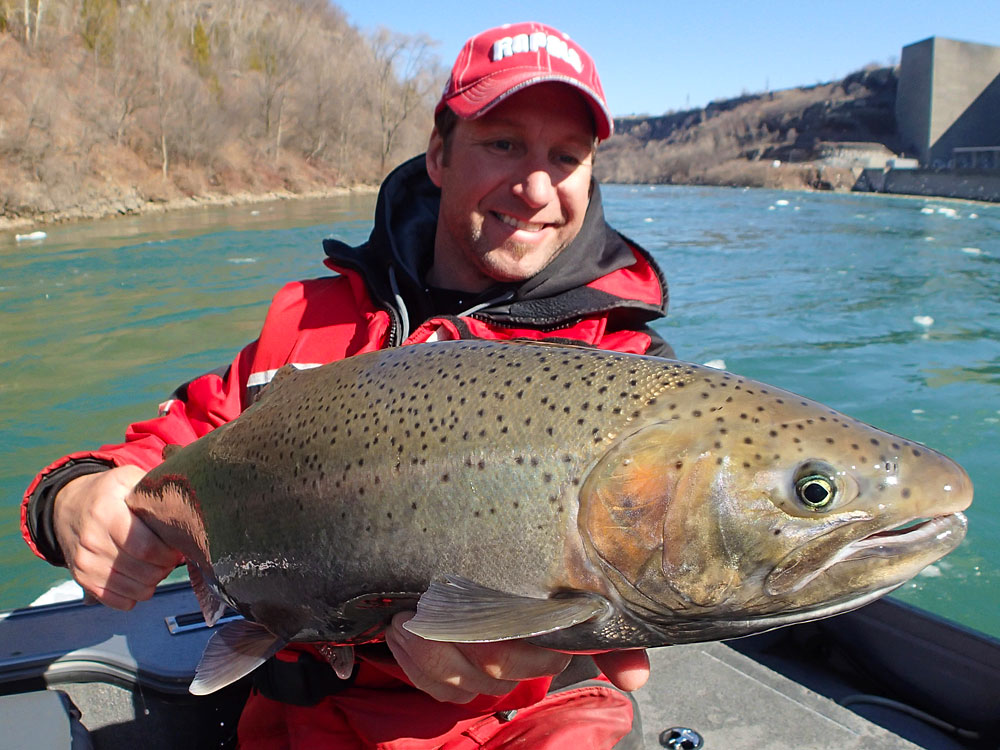 Fresh rainbow roe worked best. We tried all kinds of other baits without success. The water was ice cold at 33F. Above the dams had good visibility, but below was barely fishable. The dams were spitting out muddy water.The river should be clearing up now. The female steelhead are still tight, indicating they are almost a month behind for spawning from most years. We employed three-way rigs with 3/4oz slinky weights, an 8-foot Sufix fluorocarbon leader in 6lb test and size 8 Gamakatsu octopus hook. The Minn Kota got a real workout at 80 percent thrust in the fast currents. Good boat control is key to presenting bait along bottom naturally. I used a 9’6″ Rapala North Coast medium action rod with an RType spinning reel and 8lb Sufix Siege line. Rainbow roe was tied in Spawn Net with Spider Thread in pink, peach and chartreuse.

The action will be good well into June this year.