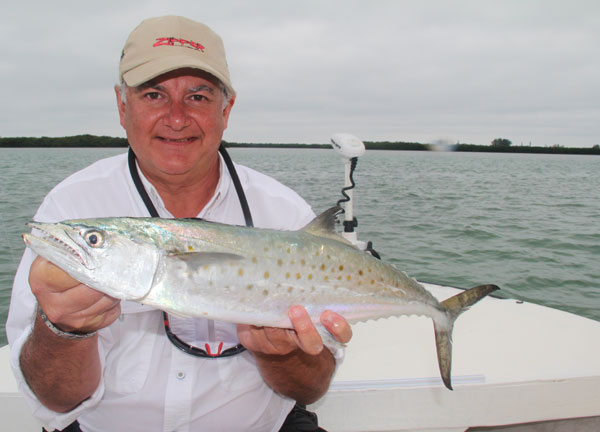 Our last day’s fishing with Pat, Mike, Nino, Barb and I ended up producing some of the largest Spanish Mackerel of their week visit.  Pat, above, holds-up his personal best mackerel that smashed his spoon in about 2′ of water. 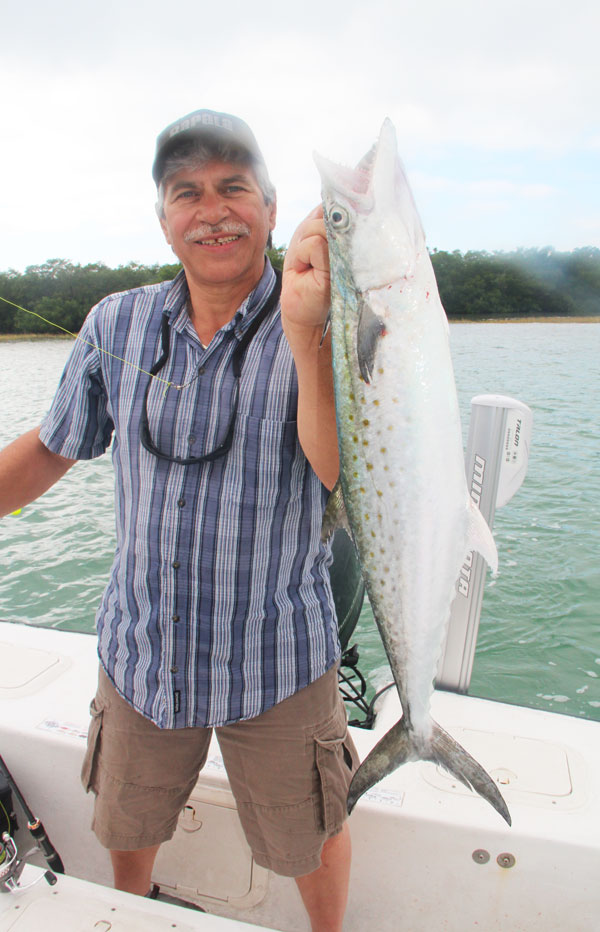 Nino ended up landing the largest mackerel of the week.  He spotted fish bustin’ baitfish on the surface, cast his spoon out and “wham”, a few minutes later landed his trophy.