Trout are one of my favorite fish species to catch anywhere in the world. While freshwater trout love colder water, the Spotted Sea Trout is very comfortable in water temperatures that are up to 90F! Maybe it’s because it’s not really a trout, but a “weakfish”. At any rate, it’s a fun fish to catch and very tasty to eat. 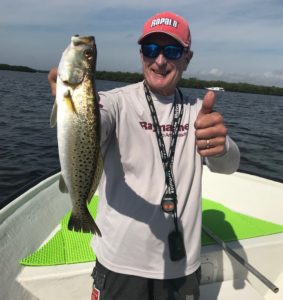 In southwest Florida we specifically target them on a “running-tide’ when they venture onto shallow eel-grass flats to feed. You can catch them on live shrimp or live saltwater baitfish like manhaden, but I love to cast twitch baits and jigs/plastic grubs for them. Spotted Sea Trout are very aggressive and feed in schools, so if you locate one, there’s more around and the action is usually fast an furious until the school moves on. 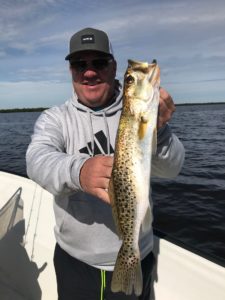 Nest time you get a chance to fish in Florida, take your medium-action spinning outfit down, but a small bait pail and a few dozen live shrimp and literally wade into the water on any flat and when you get to 2-4′ water, just cast out a live shrimp under a float, it probably won’t take long before you hook a trout! 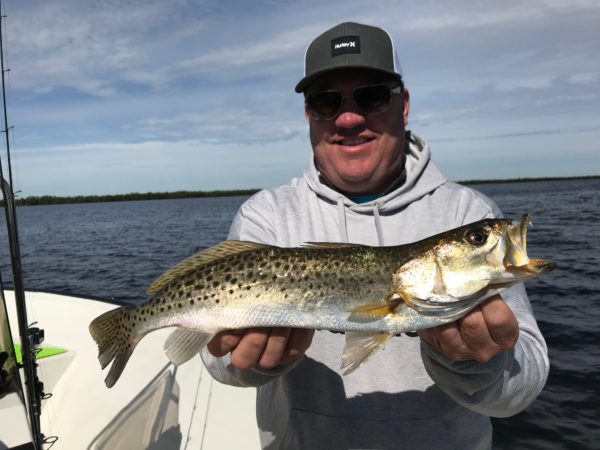