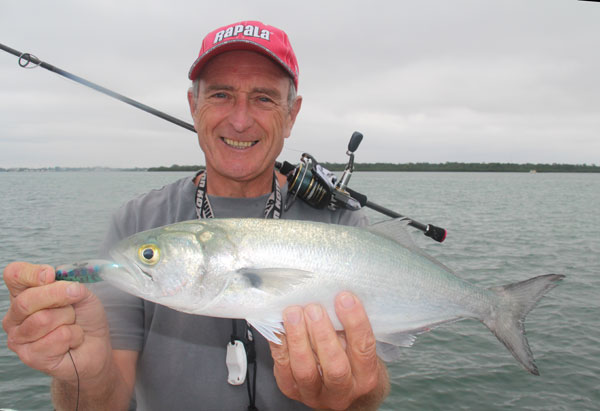 Conditions were on the cool side today with overcast skies, but that did not stop the fish from biting. The bluefish finally moved onto the flats today and we did well casting Blue Fox spoons in 2-4′ of water. The Blue Fox Stipple spoon fished with Sufix 832 braid on a Rapala Concept Ti rod and Rapala Delta spinning reel worked excellent! 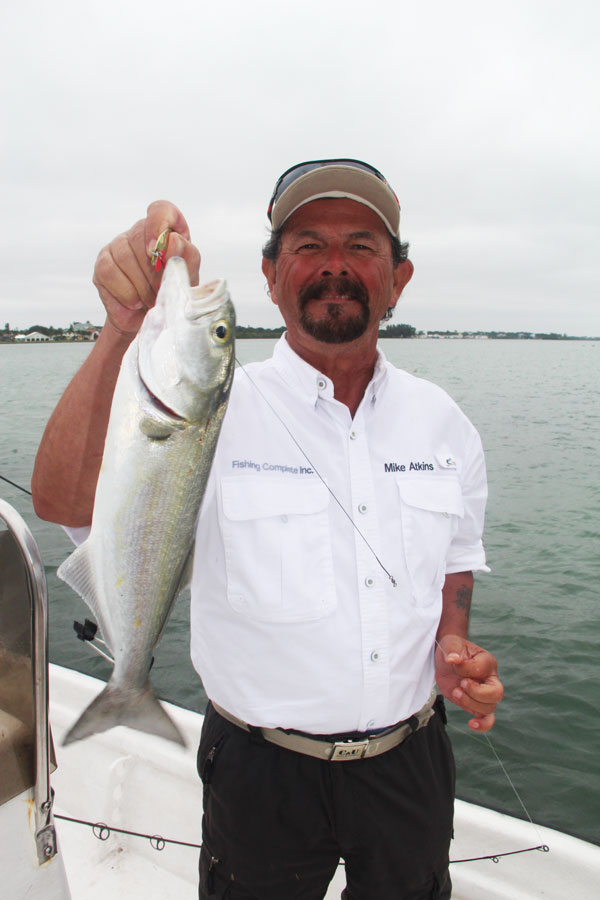 Mike smiles as he holds-up his first Southwest Florida bluefish he caught casting in 2′ of water. Bluefish feed aggressively on the flats and strike spoons hard. 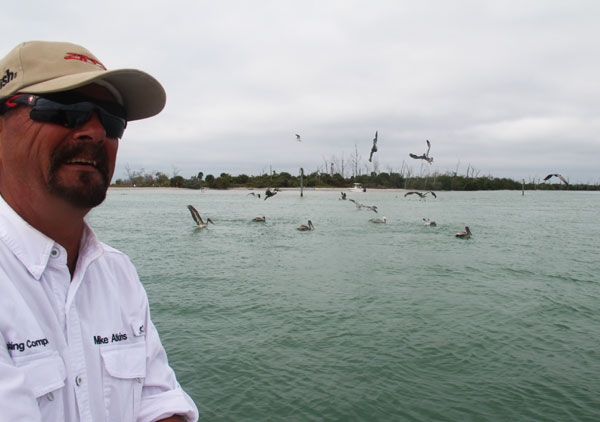 Birds feeding on the surface in saltwater are usually a signal that predator fish underneath have pushed the baitfish to the surface. 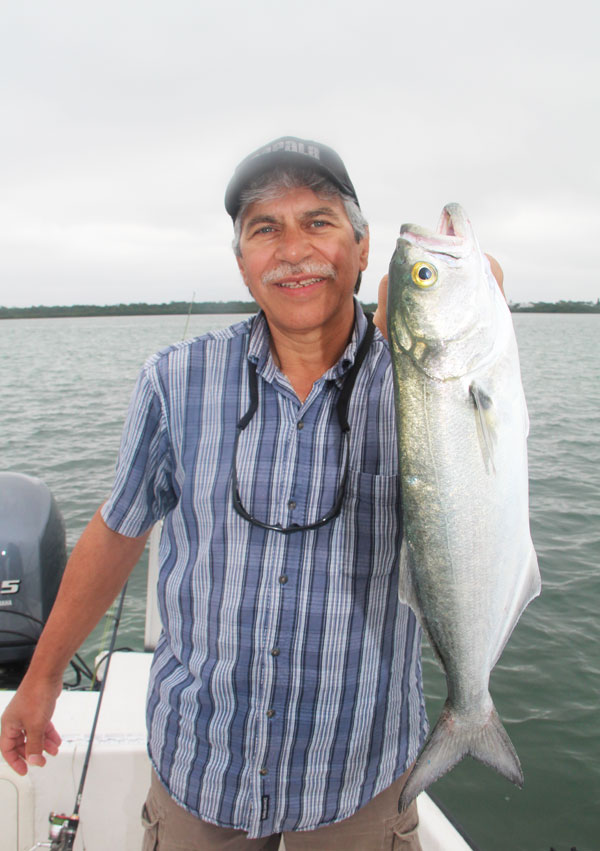 We spotted birds feeding on baitfish, moved close enough to get our spoons there and “wham”, Nino ended up landing the largest bluefish of the day.