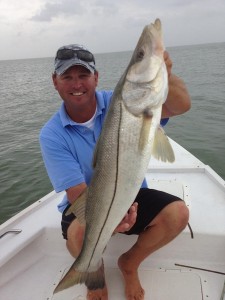 The Florida Fish and Wildlife Conservation Commission (FWC): reviewed and discussed the current status of snook populations in Gulf and Atlantic waters at its June 12 meeting in Lakeland before deciding to allow the recreational harvest of Gulf of Mexico snook to reopen this September. The harvest of snook in Gulf of Mexico state and federal waters has been closed since early 2010, when a cold snap negatively impacted the population, particularly juvenile snook. In 2012, the Commission extended the temporary closure through Aug. 31, 2013, in an effort to further protect this important species and give it time to recover more fully from the cold snap.The FWC’s Fish and Wildlife Research Institute confirms that Gulf snook were affected by the cold weather of 2010. Once reopened, the stock should continue to rebuild within a relatively short time to 2010 stock levels, thanks to management efforts such as regular closed seasons and the slot limit, which protects both juveniles and the more productive larger fish. When the Gulf recreational harvest reopens Sept. 1, all bag limits, size limits, gear restrictions and closed seasons will be in effect. This includes the one-fish-per-person, per-day bag limit, the 28- to 33-inch total length slot limit and the two annual closures in Gulf waters, which are from Dec. 1 through the end of February and May 1 through Aug. 31.

This entry was posted on Thursday, August 22nd, 2013 at 10:58 am and is filed under News. You can follow any responses to this entry through the RSS 2.0 feed. You can skip to the end and leave a response. Pinging is currently not allowed.