A proposal to allow commercial trout farming in New Zealand is being opposed by recreational fishing interests and the industry they support.

There are fears that a controversial bid to lift the current ban could decimate a billion dollar industry by introducing disease into wild fisheries. A parliamentary select committee has recommended the Government should give ‘serious consideration’ to the proposal, but anglers are asking that more research be done before any decision is reached.

Serge Bonnafoux, President of the Professional Fishing Guides Association of New Zealand, says allowing commercial trout farming would be ‘one of the biggest mistakes in the history of fishing in New Zealand’.  He said: “The country is regarded globally as a Mecca of fly fishing. That reputation is based on the wild trout and would undoubtedly be tarnished [if the plan is adopted].

“It’s the pride of Kiwi anglers and guides that we have amazing rivers that carry no risk of disease. Even if the trout farming operations took place in water that was completely separated from the main streams, there is still potential risk.”

Bonnafoux added that 93% of his association’s business came from overseas anglers who fish for wild trout.

Fish farmer, Rex Barker, has been campaigning for the move since 2018 and in September this year a parliamentary select committee recommended that the government give serious consideration to the proposal.

But North Canterbury Fish and Game Council Chairman, Alan Strong, said that in addition to fisheries themselves, a lot of associated businesses like equipment, guiding companies, accommodation and fishing licence sales were also at risk. About 100,000 trout licences are sold annually.

There was also the possibility that recreational anglers could no longer access fishing areas that had previously been open to them.

The Fish and Game Council has said it will write to the ministers of fisheries and primary industries asking them to set up a group made up of the Council, concerned Maori communities and Government representatives to look into the risks.

The Council is concerned about risks to the wild trout fishery and is funding research to determine the suitability of fish farms to the New Zealand environment. The move is also opposed by the Federation of Freshwater Anglers (FFA), while the Department of Conservation said that trout farming could be a biosecurity threat. 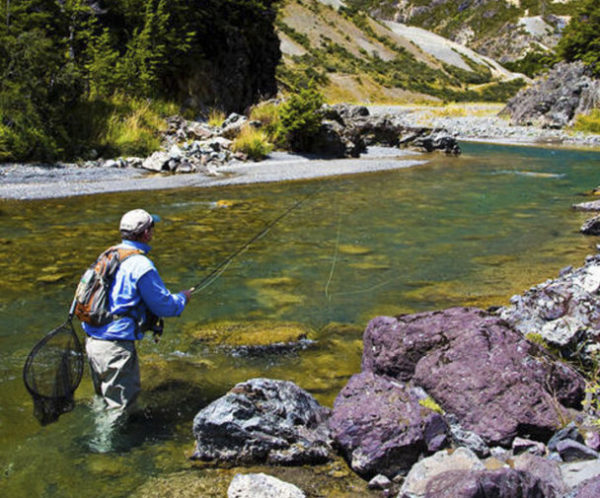