I had a chance to get out on the ice with a group of guys, Glen, Tim, Grant, and we even saw John Whyte out there with his drone. That thing is amazing! We ventured out carefully onto thin ice, checking every so often for safety. We had between 2″ to 4″ of solid black ice. We had flotation suits on with Rapala ice picks just in case, and fortunately we didn’t have to use them. It was a bit sketchy out further on 2″ of ice, but closer to shore there was 4″ of ice.

First thing in the morning a few guys got walleye, but it was really slow. We left and tried another location, and it was similar ice conditions. We had a few bites, but it was slow again. I got a call from my wife in the afternoon asking me to go home as she wasn’t feeling well, so we left. It was a bummer, as the walleye just started biting! I was lucky enough to get a walleye on a firetiger Jigging Rapala just before we had to leave. I only marked 2 walleye all day, and I got the second one. I was happy to be able to get out on the ice finally, even if it was sketchy and slow fishing. I have the ice fishing bug now! 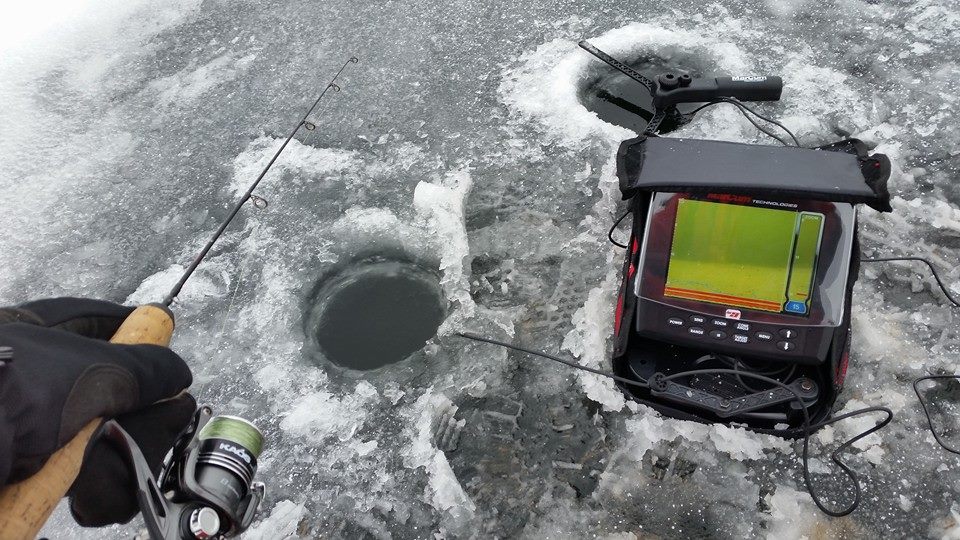 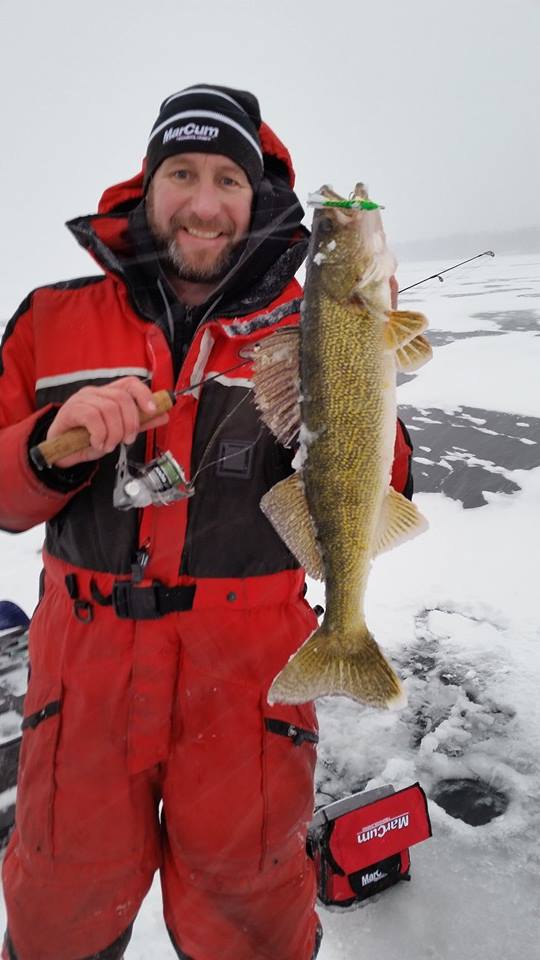 I used a Rapala IRC medium action 28″ ice rod with Kaos spinning reel spooled up with 8lb Sufix Siege. The Jigging Rap in W7 firetiger did the trick for me, coincidentally my favourite ice lure 🙂 I utilized a manual Finbore III 8″ auger to cut holes, and my Rapala Fat shack kept me warm in the cold windy conditions in the morning.

With the mild spell, the ice will not be safe for a bit. Fortunately the cold forecast this week should tighten things up again and make good ice. I am just chomping at the bit to get out on Lake Simcoe for lake trout and whitefish, so I hope the ice builds well this week. Be safe out there, and good ice fishing!