Many pike anglers that don’t have the luxury of having a boat still do well fishing for pike especially in the fall from shore. As water temperatures drop, pike move into the shallows especially dust before dark to feed. Knowing where to intercept them can produce consistent shoreline fishing success. The feature image shows Michael Kumar and his daugher Bella with a nice fall pike caught right off the dock in Lake Ontario.

When I used to put on fishing clinics at Bayview Wildwood Resort on Sparrow Lake, ON. in teh fall and many of the anglers that were staying there would fish off their dock at night under the bright lights and often see walleye and pike cruising by. If they cast lures to them, they usually would not hesitate to strike. Not far from the Resort is the Port Stanton pier and I would watch European anglers arrive just before dark with a lawn chair and their fishing rod and fish off the pier. Their target was pike. I quickly realized that pike in the fall definitely migrate inside the weeds and along the shorelines just before dark to feed.

The anglers I watched fish from the pier would use a float and a large, live minnow hooked through the back only 2-3′ below the surface in 4-5′ water. They would not cast out far, but just fished start of the weeds just off the shorelines. I have had my best success fishing slow moving lures just before dark from shore. Believe it or not one of my favorite is the KwikFish. I have also done well casting and retrieving a fluorescent red/gold #9 Jointed Rapala. The key was to fish both slow and have them swim just below the surface. 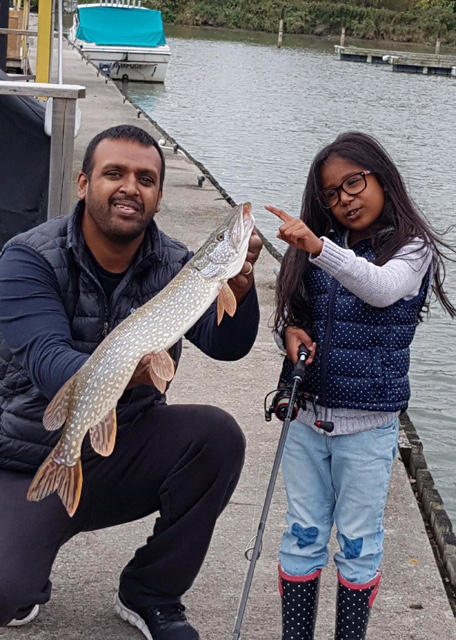