When I was younger, before I had my driver’s licence, my parents would drive me to the Hwy.#7A causeway on Lake Scugog, ON in the fall and I would spend an hour just casting from shore right at dusk. Back than I did not have a boat and was limited to shoreline fishing. I quickly discovered though that in the fall, and at dusk, largemouth bass move right up along the shorelines to feed. Connor Grdosic is featured holding up a good-size largemouth he caught from shore fishing the French River area.

You just don’t catch largemouth bass casting anywhere from shore. Best locations to intercept these fish as they move shallow to feed just before sundown and just after dark are shorelines that have access to open areas inbetween weedbeds, the smallest flowing water. In my case it was the single and triple culvert on Hwy.#7A, underneath bridges and along rip-rap shorelines that have a good mix of rocks & weeds (like the Chemong Lake causeway.

Shoreline fishing means shallow lure fishing. Best lures are those that either swim on top, or just below the surface. I had great success fishing a slow retrieve Jitter Bug or Meadow Mouse so they would make a consistent “V” along the surface. Back than there were no Husky Jerk or Slash-baits and the top Rapala was the Jointed #9 fished slowly along the surface so it would also make a “V”. Both these presentations worked well right up to the close of the season and on many evening I caught walleye and largemouth bass fishing the same locations in only 2′ water. 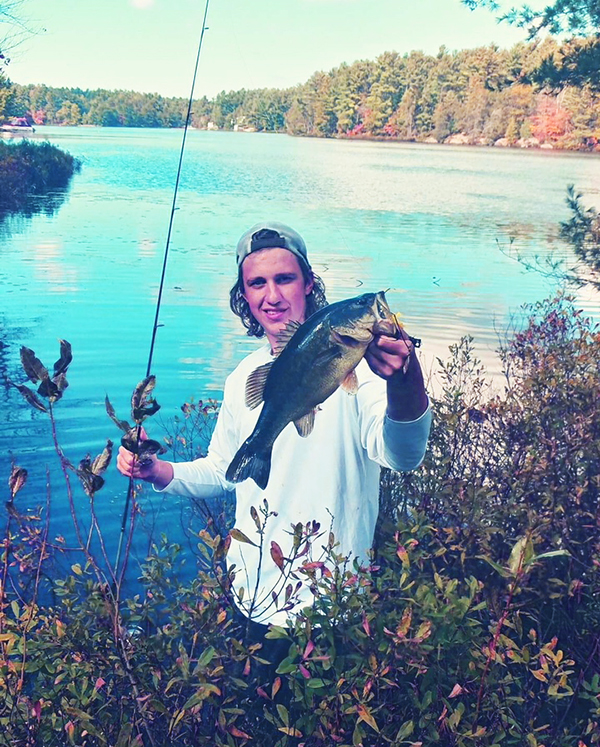