Many freshwater anglers will agree that pound for pound the smallmouth bass is one of the hardest hitting and fighting fish. I agree!! What’s even better than just hooking up on a big smallmouth? Getting it to strike a slow working top-water where the water suddenly explodes and the fight is on! 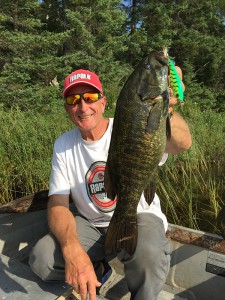 One of my favorite top-water lures to use in calm water is the Rapala Skitter Pop. It’s a popper, but it has a much smaller concave front than many other poppers. When tugged, it produces a gently “pop-bubble” and actually spits water forward, much like a frog swimming and shooting water forward as it propels itself.  One of the best ways to fish it is slow making about 2-3 “pop-bubbles”, than letting it rest. It’s usually during the “rest” that you get the “explosion”! 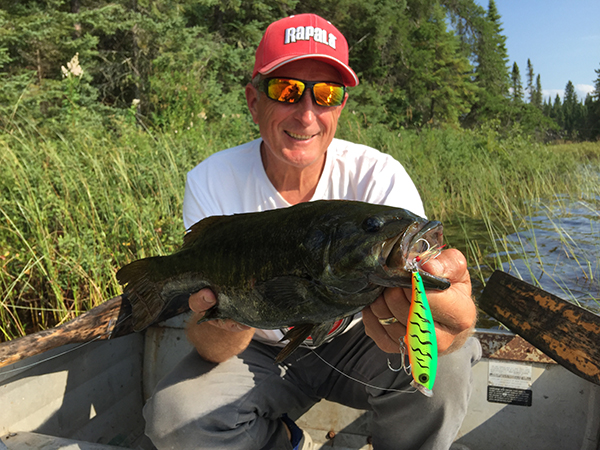