Unfortunately we woke up to strong winds that shifted and for safety reasons had to postpone our fly-out to God’s River for trophy brook trout. 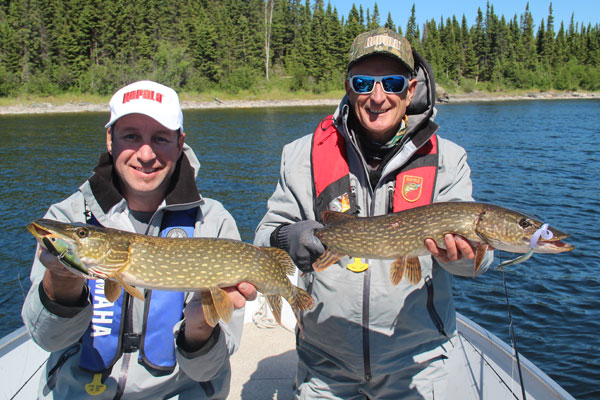 Instead we decided to fish some protected island waters right across from Elk Island Lodge to try our luck at catching more trophy northern pike and also some whitefish. Even though due to high winds we were limited to fishing very specific, sheltered shorelines, we were not disappointed. 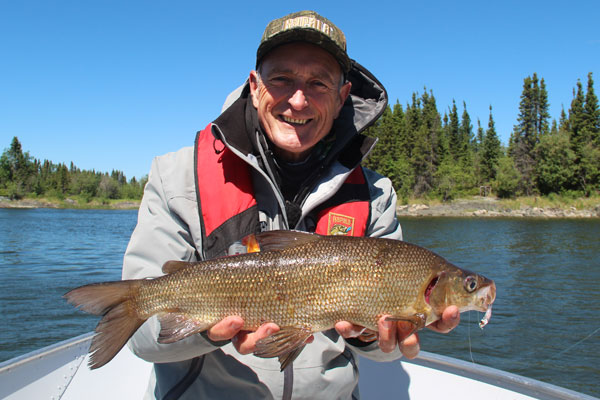 The firsts bay we fished produced several smaller pike and we quickly spotted whitefish feeding in 3-4’ of water.  Unfortunately we did not have our light spinning gear as it was already packed on the float plane for the brook trout fly out, so we took the only jigs we had, tipped them with the TriggerX 3” Strobe plastic worms and started sight-casting to cruising fish. Even in the protected bay the winds were so strong that we had to have our guide Barry run the outboard in and out of gear and many of the whitefish spooked from seeing our boat.  We both had several whitefish hit, but only landed one fish. 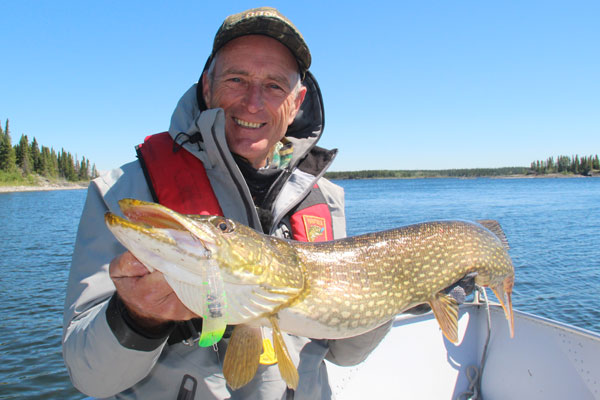 Next we fished some steep-dropping shorelines and landed some really nice pike fishing everything from the Luhr Jensen Kwikfish, Blue Fox Amber spoons to the TriggerX Slop Hoppers and Rapala BX Swimmer. 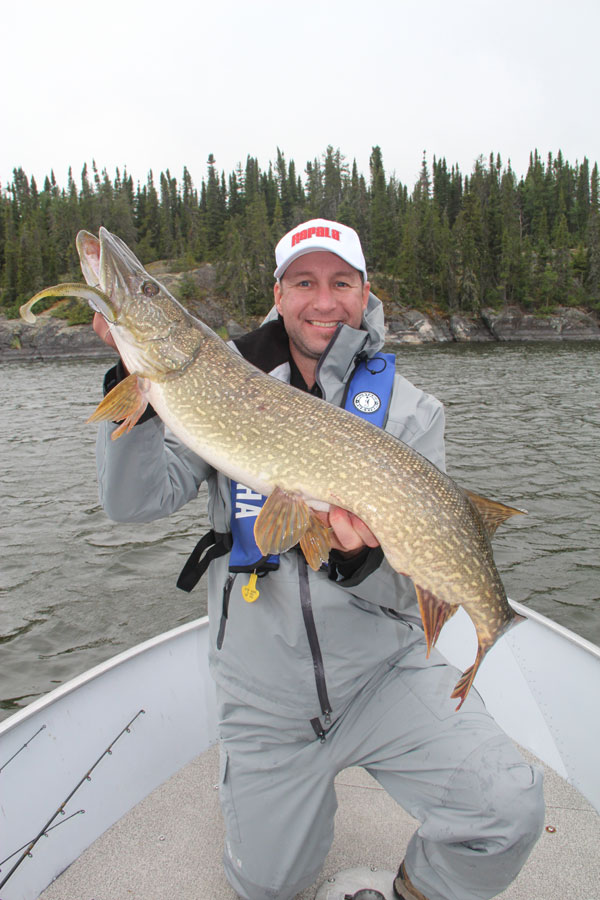 We hope the winds will change direction, & subside for tomorrow morning. Even though we depart from the lodge around 1pm to head back to Winnipeg, we hope to still fish for those trophy brook trout in the morning.

If you like the idea of catching trophy pike, lake trout, walleye, & brook trout, make sure to contact, www.elkislandlodge.com , to book your trip!